I realize this isn't much of a process now, but I was unfortunately SO busy these past few weeks that I was unable to finish this and update on time. I liked my idea too much not to at least give it the full treatment though! Here is the finalized poster: 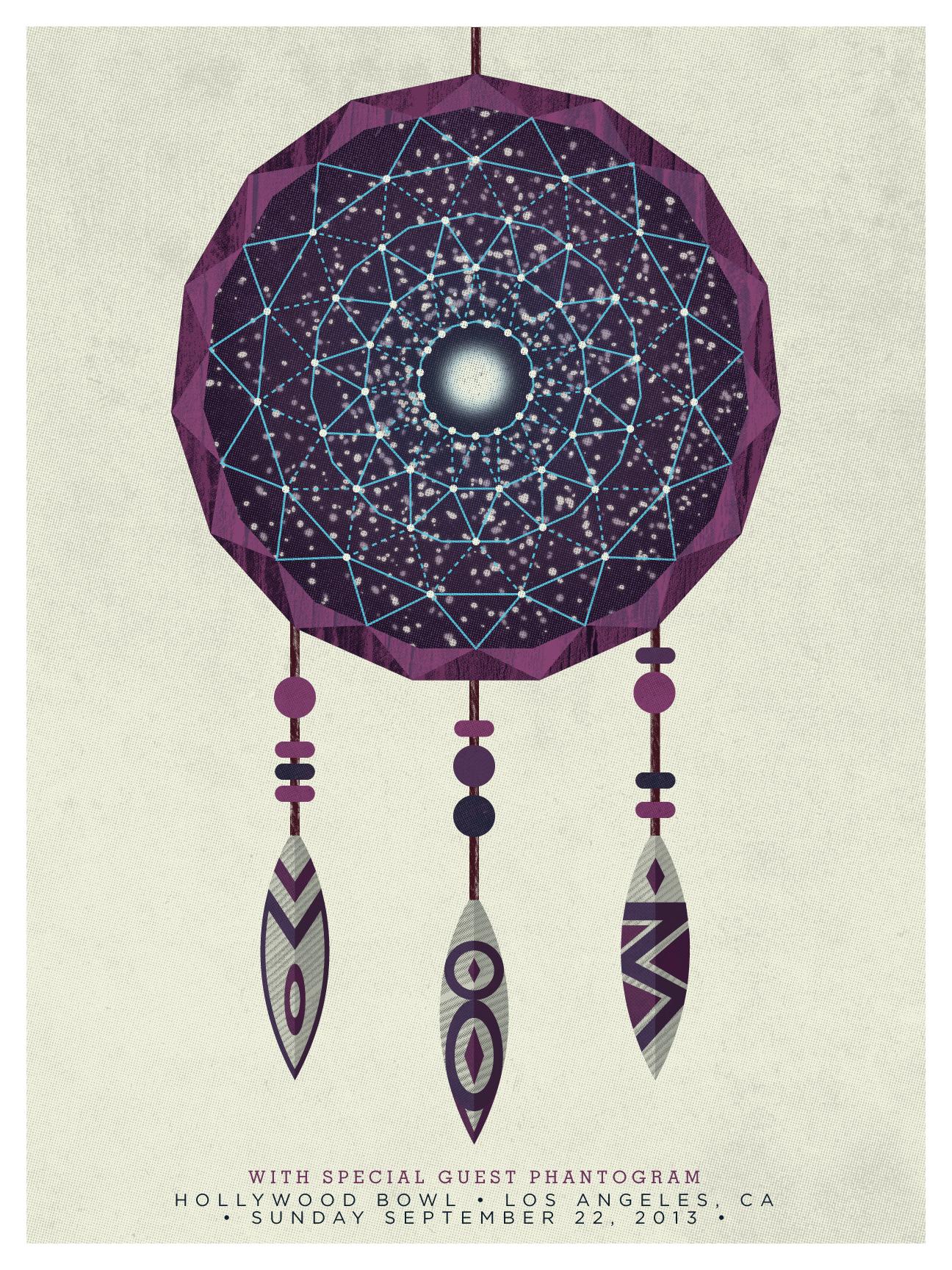 I obviously fleshed everything out, and added texture and everything. I also increased the size to 18" x 24" in order to fit better.

Here's a very very early look at my first steps of vectorizing everything! I need to work on my scatter brush skills, I think. Every time I use one, I can't help but see the patterns and original shape.

Any tips or advice about the use of scatter brushes? Or any other way to create a clustered night sky? 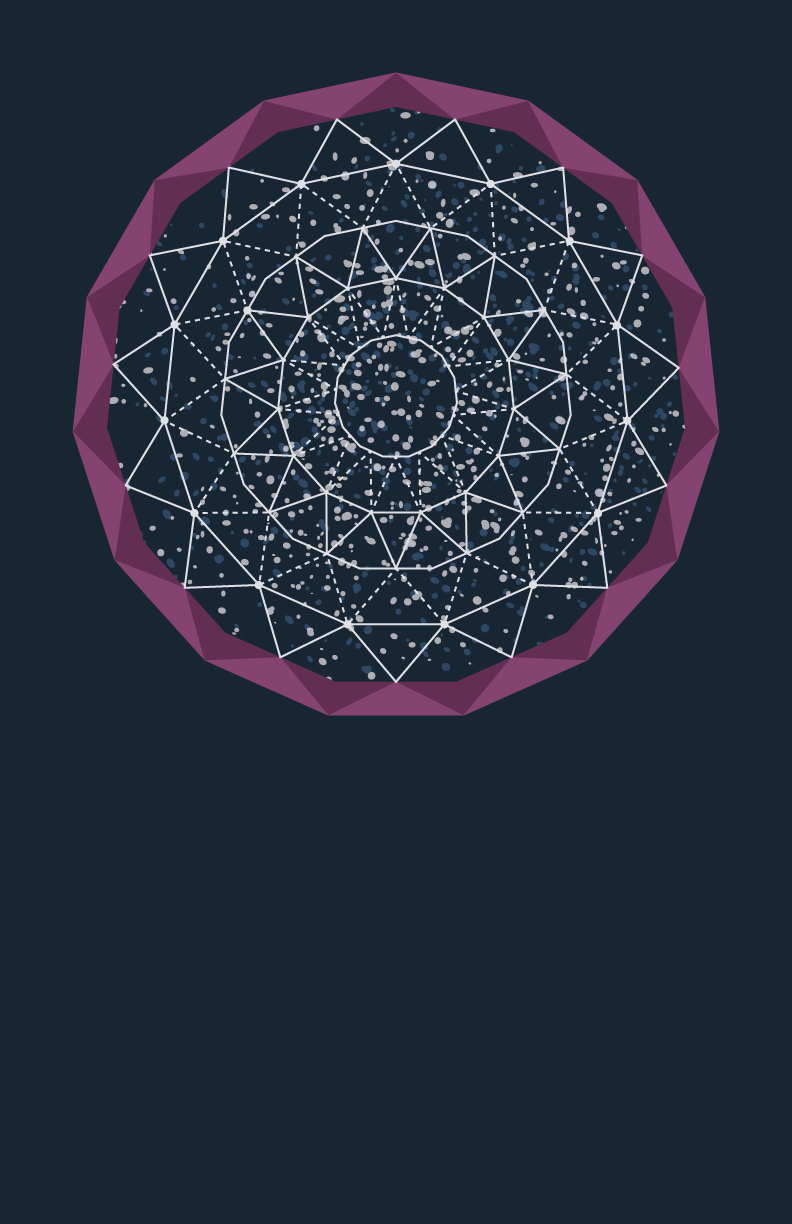 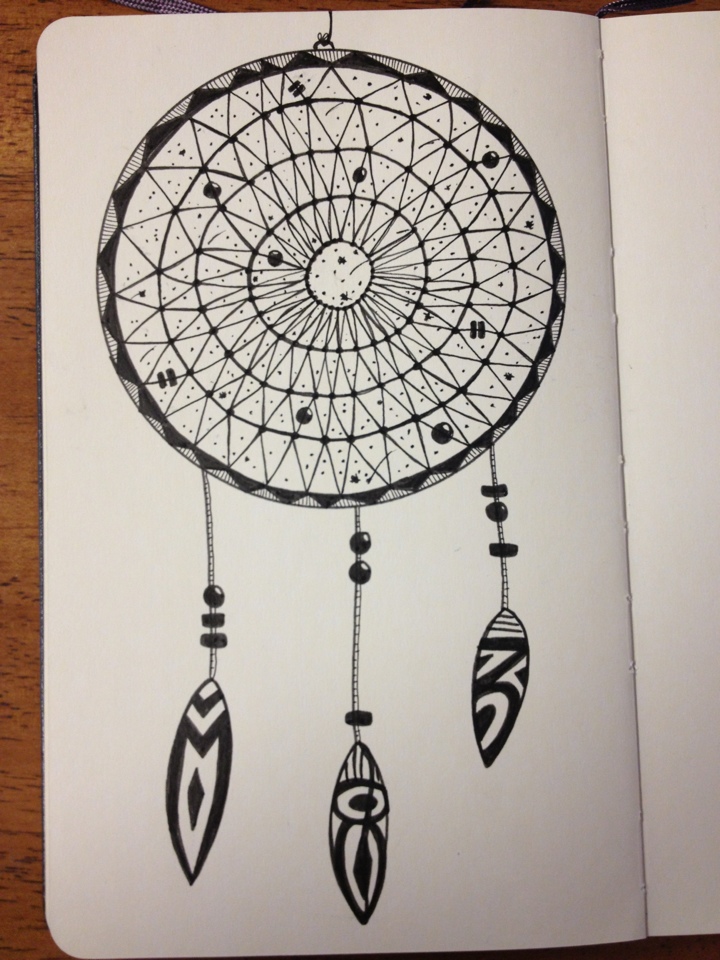 I really like the idea of using the feathers as a way of spelling out M83, as suggested by DKNG, and I feel like (so long as I can pull it off) the 'portal' into space idea can come off quite powerfully as well. As for the other information, I'm wanting to include it within the illustration as well, but I am unsure of how to proceed. If I had a different color pen, I would've explored the idea of creating 'constellations' out of the threads of the dreamcathcer as well.

Thank you everyone who has provided feedback thus far, I truly appreciate it!

Perusing tumblr lead me to these posters, which incorporates color schemes and styles and themes similar to how I want to incorporate them in order to make my poster! After many, many more thumbnail sketches, and a lot of reference image searching, I've come to a more finalized sketch of my concept! I've also decided upon a visual style that I feel will fit both the concept and the band. Here are some of the images I've gathered to help inform my stylistic choices: 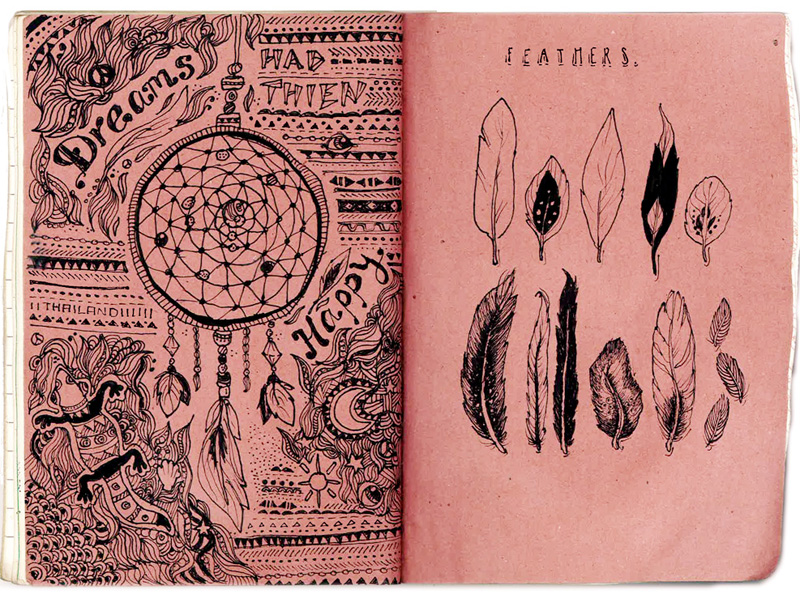 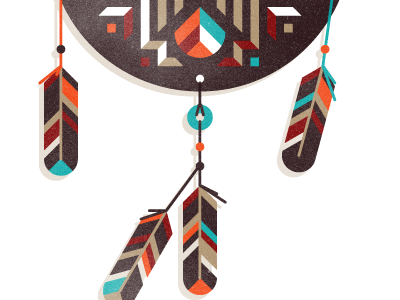 I find myself leaning towards a clean, crisp, and geometric style, implemented using Adobe Illustrator because I feel that it fits M83's prior style and art as well. I will be wanting to add a bit of texture to everything as well though, in order to keep it from feeling sterile. Here are a few more style inspirations:

Another consideration that I've been coming to terms with is color. I knew right away that I wanted to do something that involved cooler, subdued, but deep colors. The image that immediately came to my mind in terms of color scheme was actually the cover for their most recent album, 'Hurry Up, We're Dreaming.":

Since I know that my concept involves a sense of dream-like wonder and elements of space, I know that deep hues of purple and indigo will really help to grasp the feeling I'm going for. I went ahead and created a color scheme that I felt would best represent the visual style and atmospheric feel I was aiming for:

These are 3 color schemes that I came up with, I might end up eliminating and mixing and matching in order to create a 4-5 color scheme. Also of note, I created these using a new site I just found, http://color.hailpixel.com. It's incredibly easy to use, and a good resource, I think!

The event that I have decided to design a poster for is a concert featuring M83 & Phantogram at the Hollywood Bowl in Los Angeles, CA on the 22nd of September. M83 is one of my favorite musicians, and I've actually done a lot of extensive research into his inspirations and motivations for a previous design contest related to M83. Since M83 is the headliner, I've decided to focus the poster on his tastes and typical style. I've decided to make this poster as an art poster commemorating the event, rather than something that specifically markets the event.

I've decided to focus mainly on the way in which M83 presents themselves visually with the release of their most recent album, 'Hurry Up, We're Dreaming' because it is what they are curretnly touring on and being represented by. M83 typically represents themselves visually as being very ethereal. A lot of their visuals and music is related specifically to dreams, and space (considering their name comes straight from an actual galaxy). One theme that definitely sticks out is dreams, but more specifically, memories. In fact, in an interview about their most recent album, M83 stated that a lot of the songs and imagery were inspired by thoughts and memories and dreams as a child. Another driving factor of inspiration, for their latest album, was California.

What I managed to take away from all of this research is a specific focus on dreams, imagination, memories, space, and California (mainly due to the fact that the show is taking place in California).

All of these words and themes lead me to think of a dreamcatcher. It represents the primary theme of dreams, quite literally, and also lends itself well to more abstract ideas and themes like imagination and memories. These devices are literally created in the belief that something as abstract as a dream can be 'caught' inside. Typically, dreamcatchers are meant to capture and ward off bad dreams, but I still feel as though the idea of a dreamcatcher is quite awesome. With a little more thinking and sketching, I managed to think of a way to incorporate the theme of space as well; depicting the dreamcatcher as a sort of 'portal' into space. The beads that typically decorate the inside netting of a dreamcatcher could represent 'stars' and different colored thread connecting them could be construed as a constellation of sorts. To gain an even deeper potentail meaning, this dreamcatcher could also represent a portal into our own minds and memories as well. I'm hoping once I get a more detailed sketch going, I'll think of some way to incorporate California, or the iconic Hollywood Bowl as well.

Hopefully these images of my sketches will help explain. These sketches depict my dreamcatcher ideas: 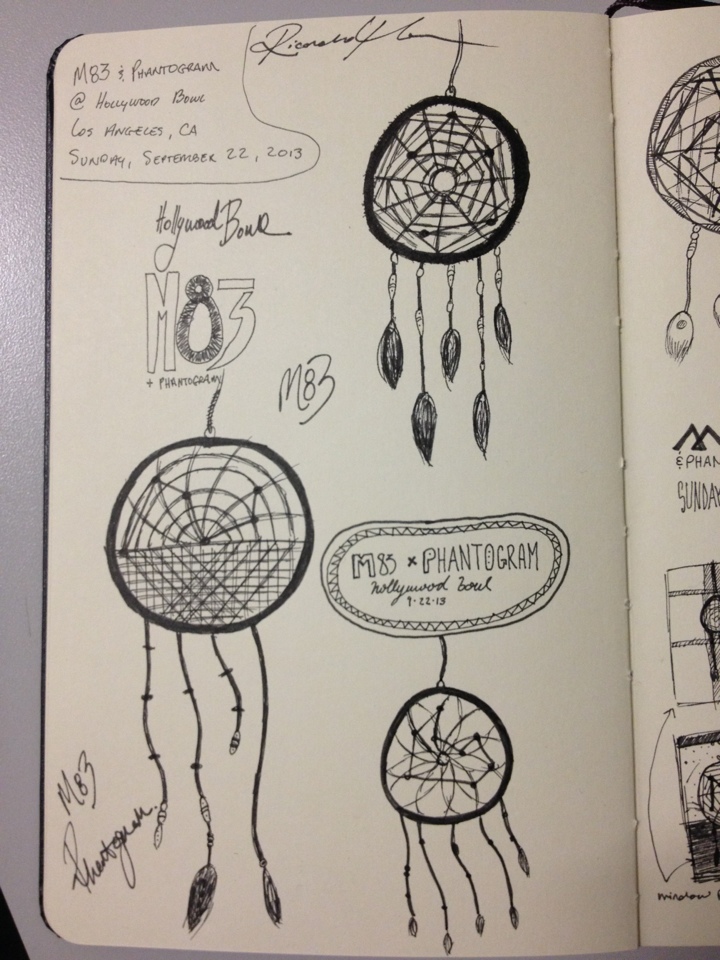 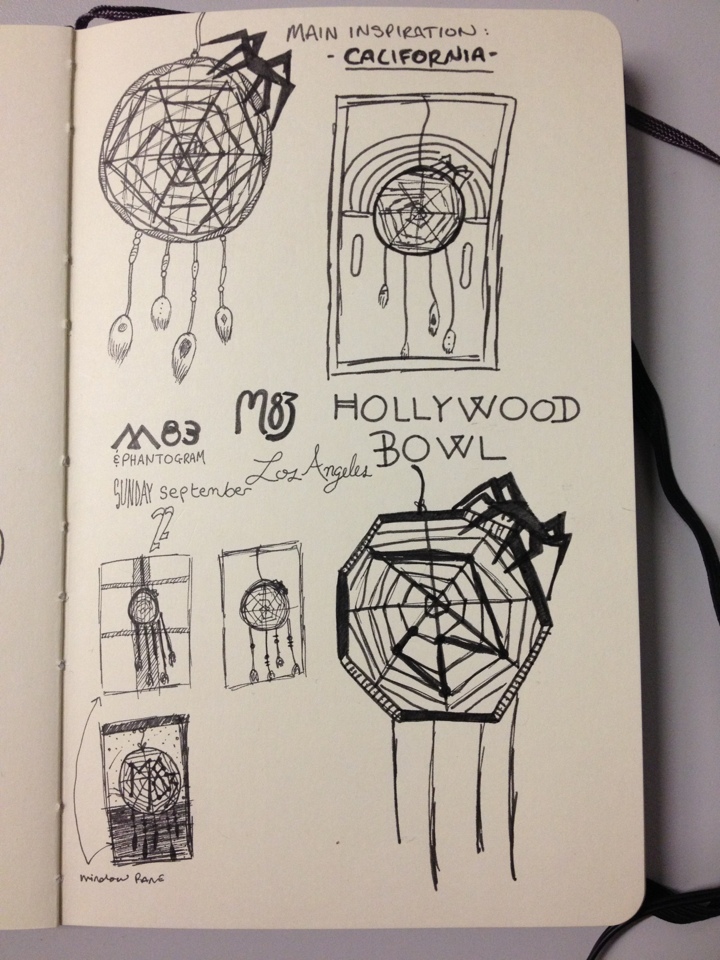