I never know what to write in these things. I'm a drawer, not a writer. I guess I should start with my reason for being here.

I've drawn a lot of letters, but never anything like this. Most of the lettering I've done up to this point has been created very methodically—meticulously drawn, erased and redrawn (and erased) about a thousand times to get them "just right." I've always wanted to craft letters in this method, but felt it was a little bit too difficult. That I didn't really have a steady enough hand to attempt such a crazy thing as drawing a letter in one shot. Drawing a straight line without a ruler is just crazy.

However, watching these first few lessons has really inspired me to push my ability to the next level and give it a shot.

I found some great examples of the effectiveness of hand-lettering over set type. I love the contrast between these two signs for ice. The top sign "PACKAGED ICE" is completely mechanical and rigid—the letters, spacing, and even the message. In contrast, the bottom is alive. It has movement and character. 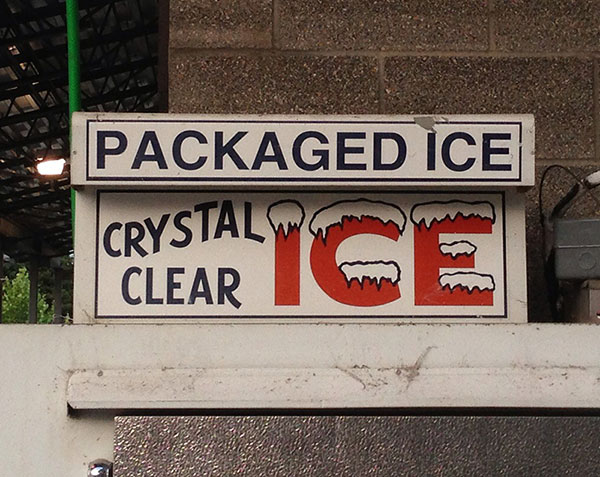 Here are a couple from the market. The bottom two are hand-painted. The first isn't really getting my attention or my business. 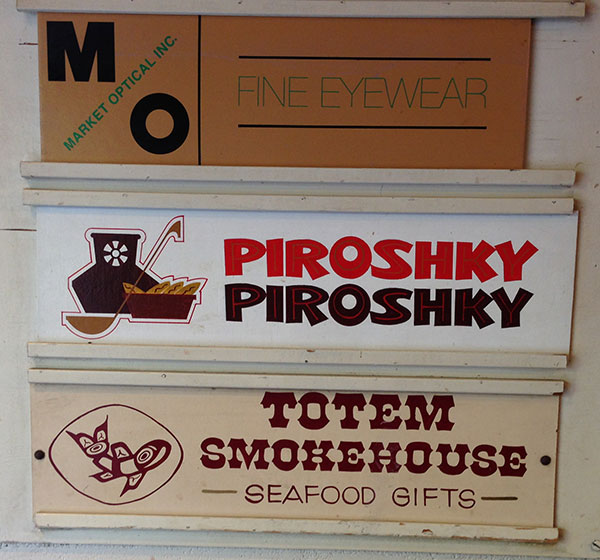 I found some other inspiring remnants of signs downtown as well: 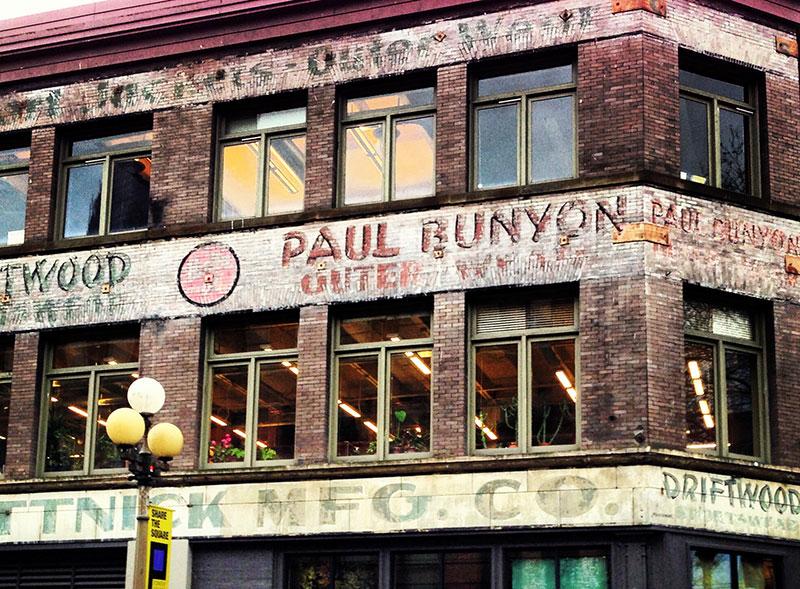 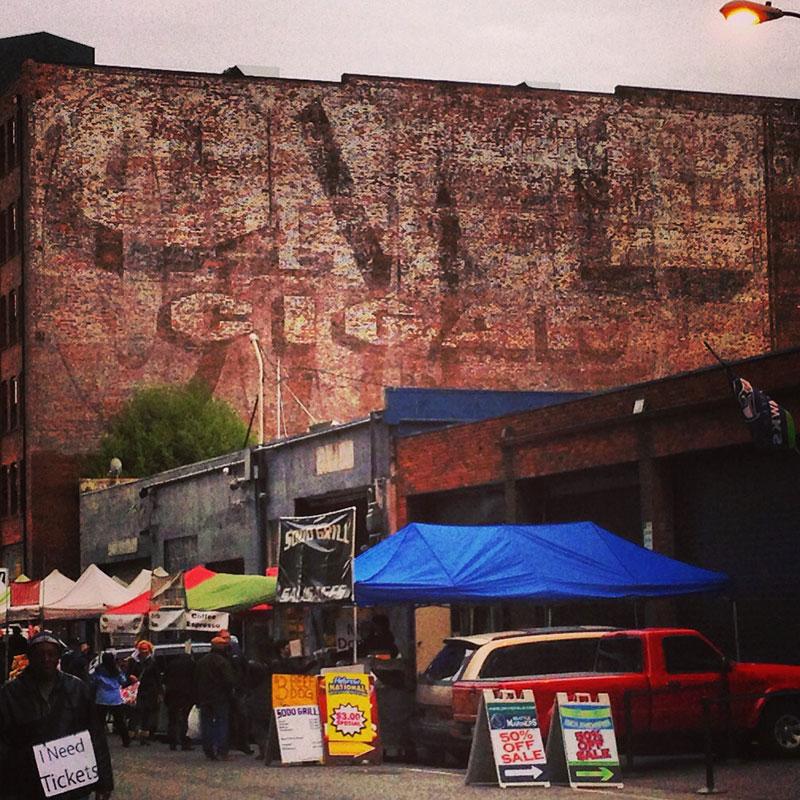 Sadly, I've had this book sitting on my shelf for quite some time. I picked it up in an antique store a couple years ago. I've looked to it for insiration numerous times, but never really put the techniques in it to use because I was too intimidated. 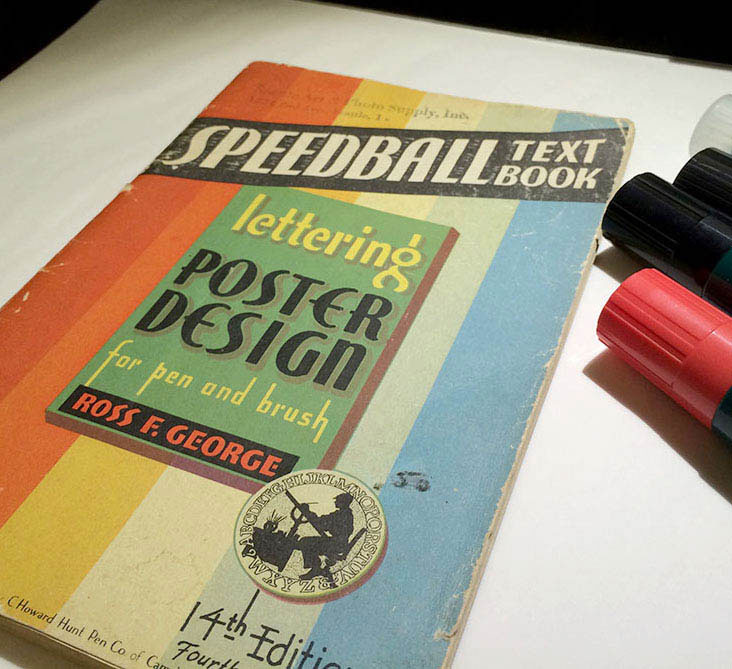 I've had a bit of late start waiting on materials to come in the mail. Which is a bummer because I would have loved to get an envelope from Erik. But it's probably for the best. This way I can devote more time to learning and practicing, rather than rushing through it.

My markers finally arrived a few days ago. I actually got a little impatient waiting for them to ship so I made a few trips to the store. Now I have more than enough. 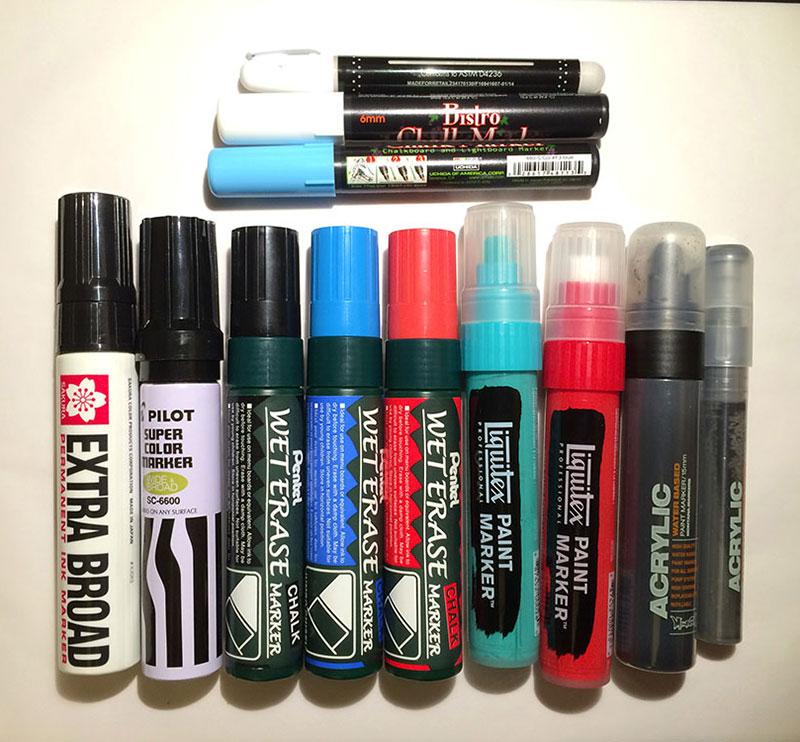 It's definitely tough, but I think it's getting a little easier with each finished page. Chalk markers are a blast. I never would have known had it not been for this class.

I still haven't decided who I'll be writing to yet, but I was considering sending an envelope to my great grandmother. She's 95 and awesome. I'm just not sure how she would feel about me publishing her address.

While I've been deciding I've been lettering like a mad man. Here are all the pages I could stand to hang: 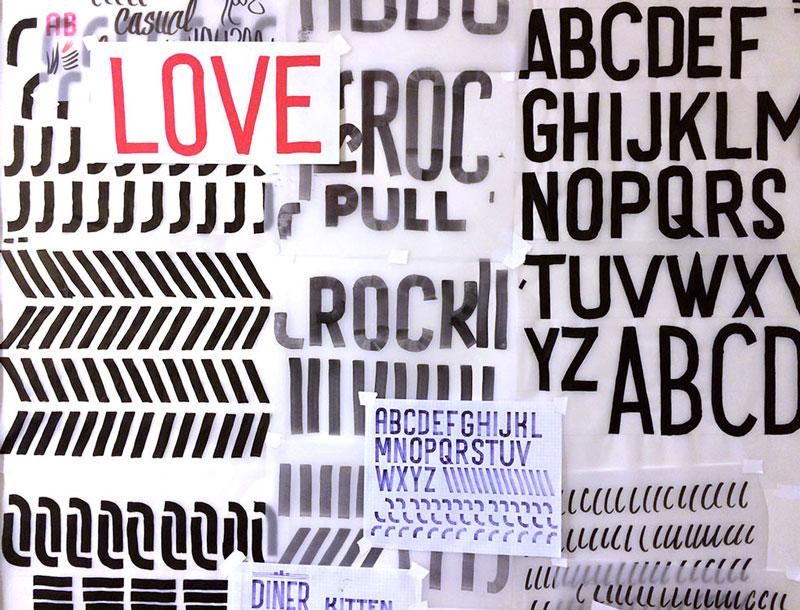 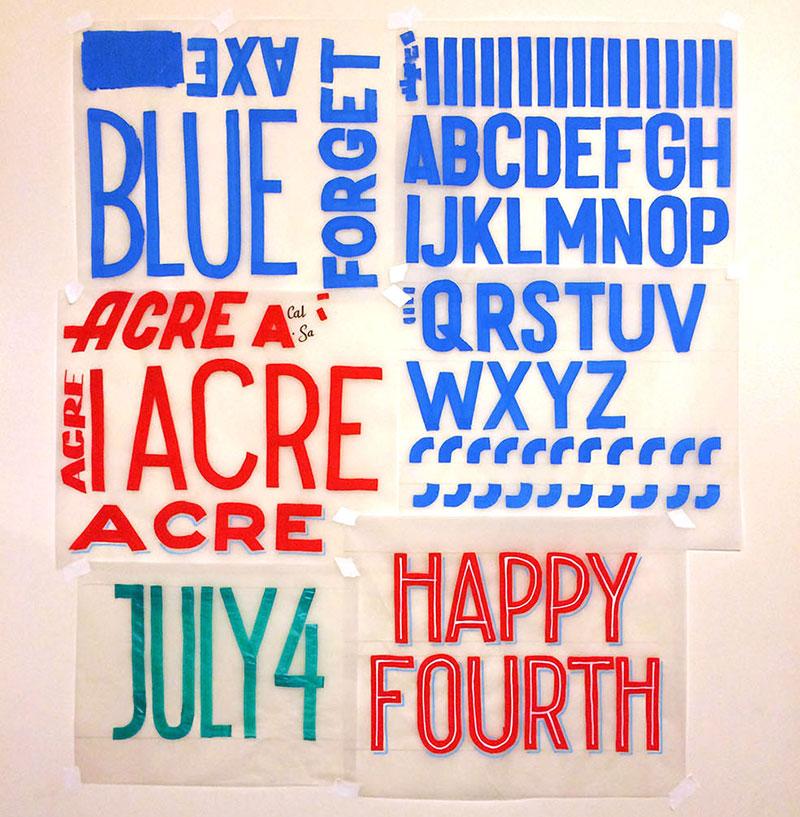 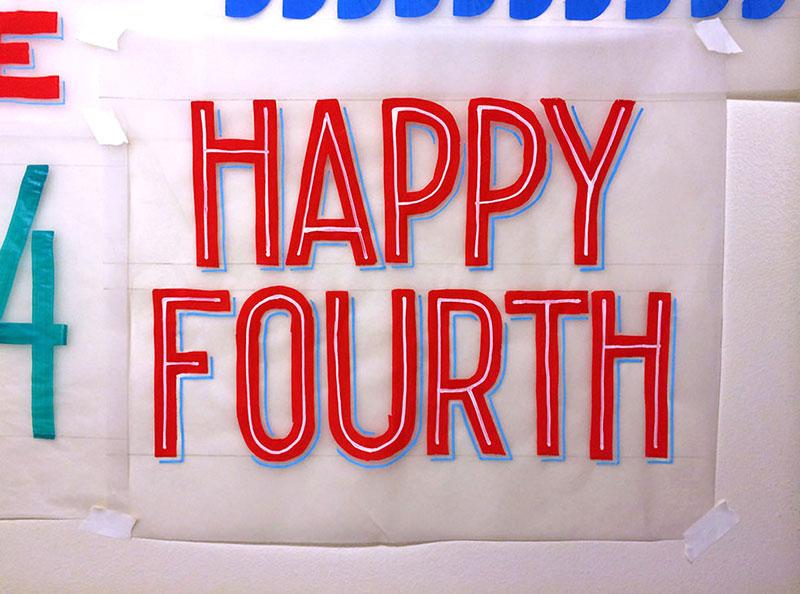 On that note, Happy Fourth! More to come soon.

I've done a great deal of exploration with different letterforms, shadows, and pens—chalk, acrylic, ink—over the past week. I've been practicing my strokes too. I'm fairly confident in the straight strokes—vertical, horizontal, diagonal—but the curves are still super tricky. Getting the connections and optical alignment are especially tough.

I've gone a little pen crazy ordering a bunch more online. Here are some of my crazy explorations. 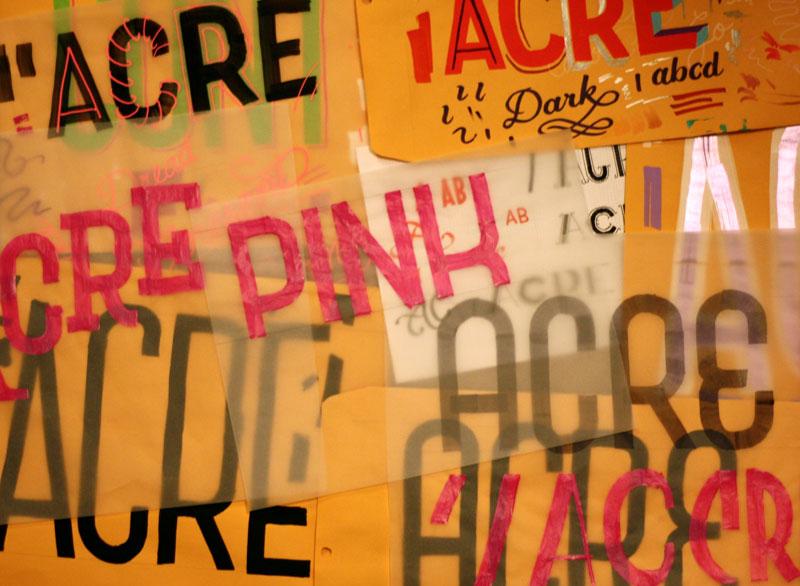 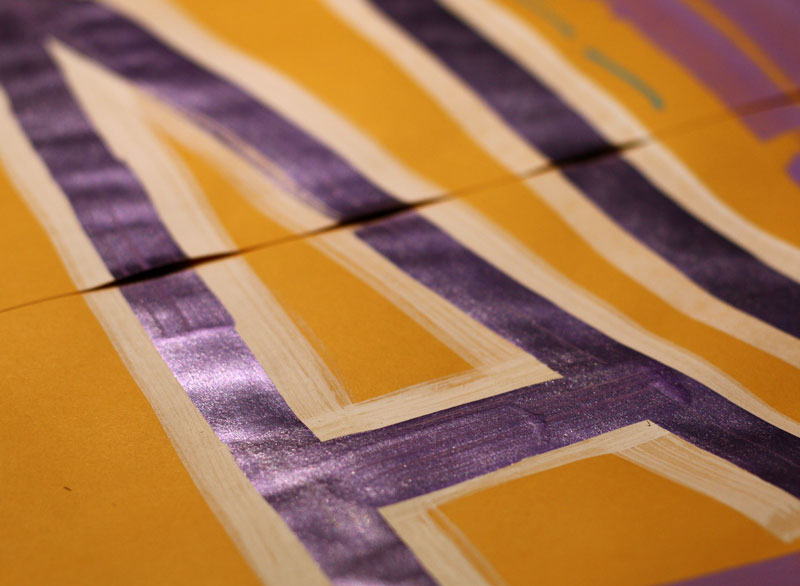 I started sketching a few layouts last night as well. I'm really liking #3. Even though those slanted strokes will be tough to terminate evenly. 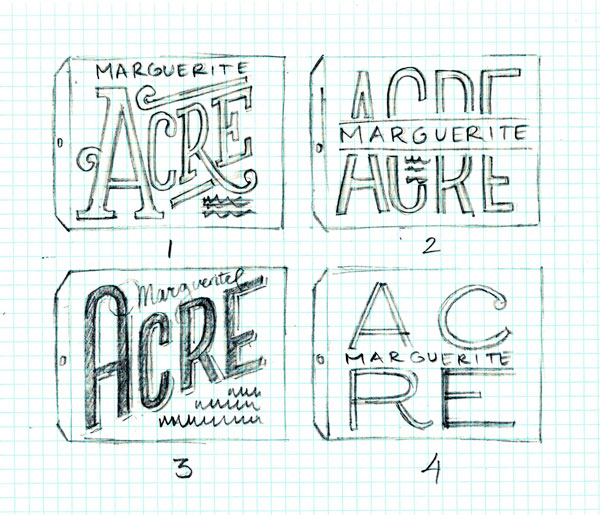 With any luck I plan to start on the actual envelope tomorrow. I hope to finish by the end of the weekend. Stay tuned!

I'm very pleased to announce that—after a long and frustrating weekend—I've finished my envelope! Even with the countless hours of practice it was still pretty nerve wracking and tense, but I think it turned out fairly nice. 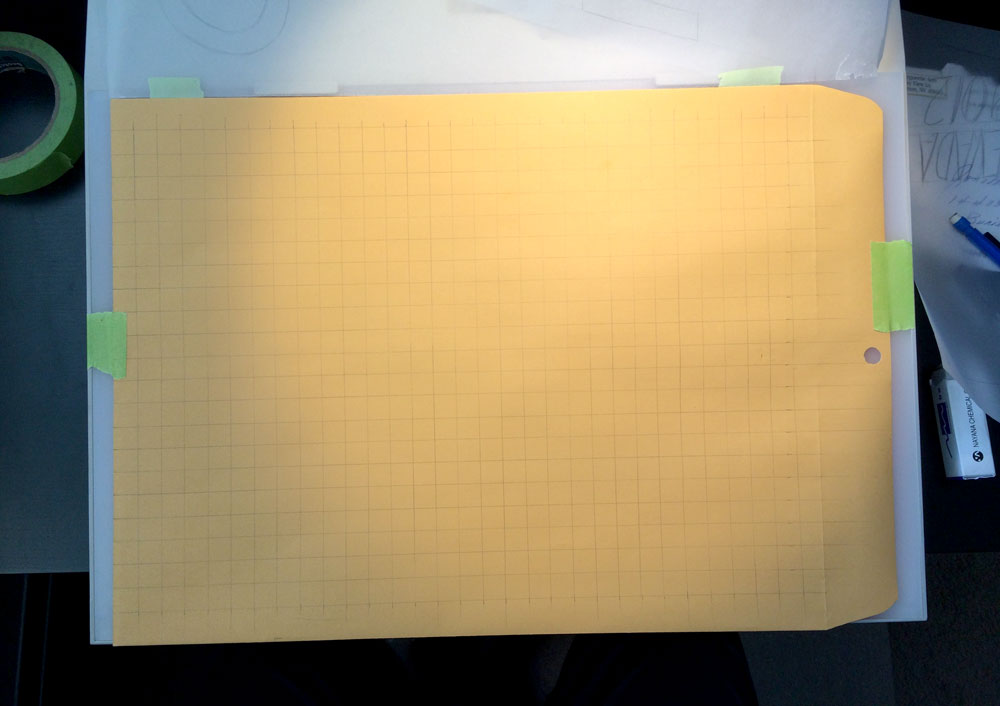 It wasn't without a few setbacks. After I finished the scroll portion of the address I began work on the large letterforms. I sweated through the first two curved letters—A and C—and I was feeling pretty good with them behind me. Until a track came on that I wasn't feeling, so naturally I reached over with my left hand to change it. When I looked back down at the last two hours of work I found giant ink blobs had dripped all over the envelope from the pen that was hovering above it. And not a managable drip like the one Erik expertly remedied—these were massive and unsalvagable. Jackson Pollock would have thought them a bit much.

Needless to say I was devastated and not very happy. I had to start all over. 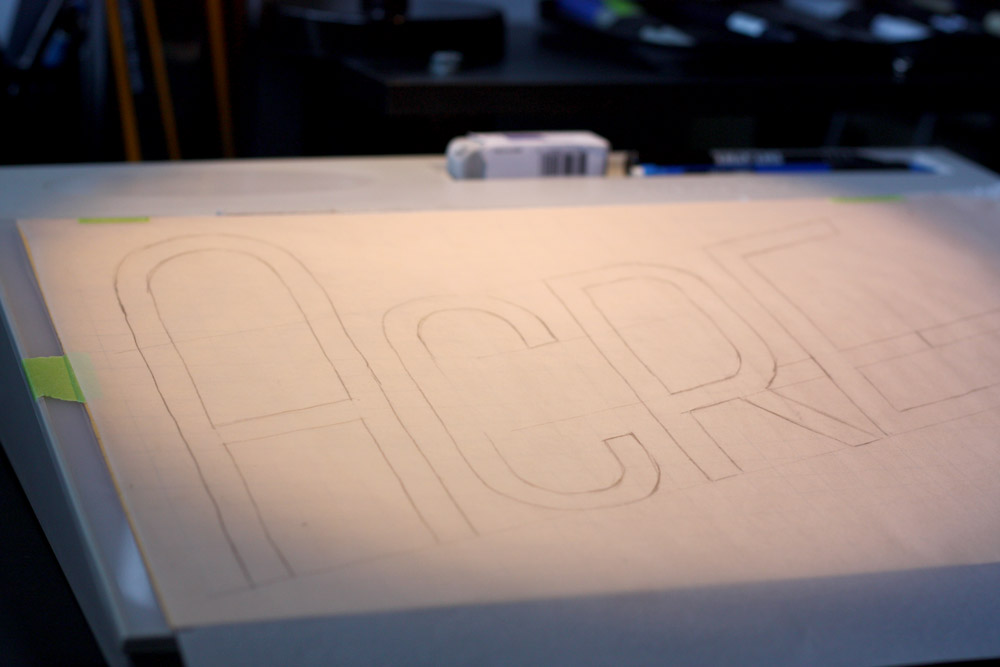 Luckily, I had used the transfer method Erik described and since it was drawn once on a grid, I didn't really need to draw the whole grid again. This time around I started with the larger letters. I tried to position these letters in a way that would allow enough space on the righthand side for postage. I hope it'll be sufficient.

I ended up using blue instead of purple (as I had orignally intended). The purple was nice, but the contrast wasn't great and the blue worked so much better against the (complimentary) color of the envelope. I'd planned on using a relief shade on the larger letters originally, but thought I might try the printer's shade instead. It ended up creating a really fantastic 3D effect, which I love.

Here are some photos from the last couple of days. 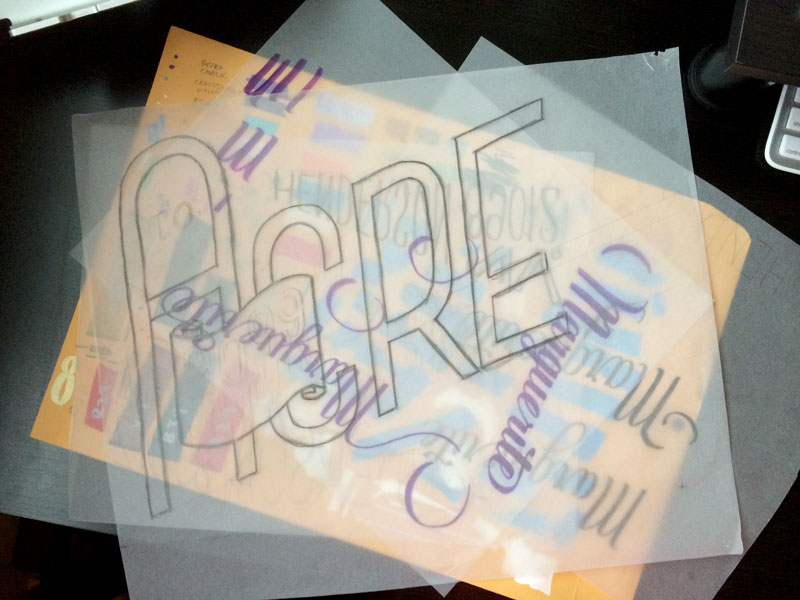 I wasn't really comfortable posting my grandmother's address publicly so I created two versions—the one I'll be mailing and one with slightly different detials. I'm wasn't crazy enough to complete two whole envelopes, just the few details I needed to change. 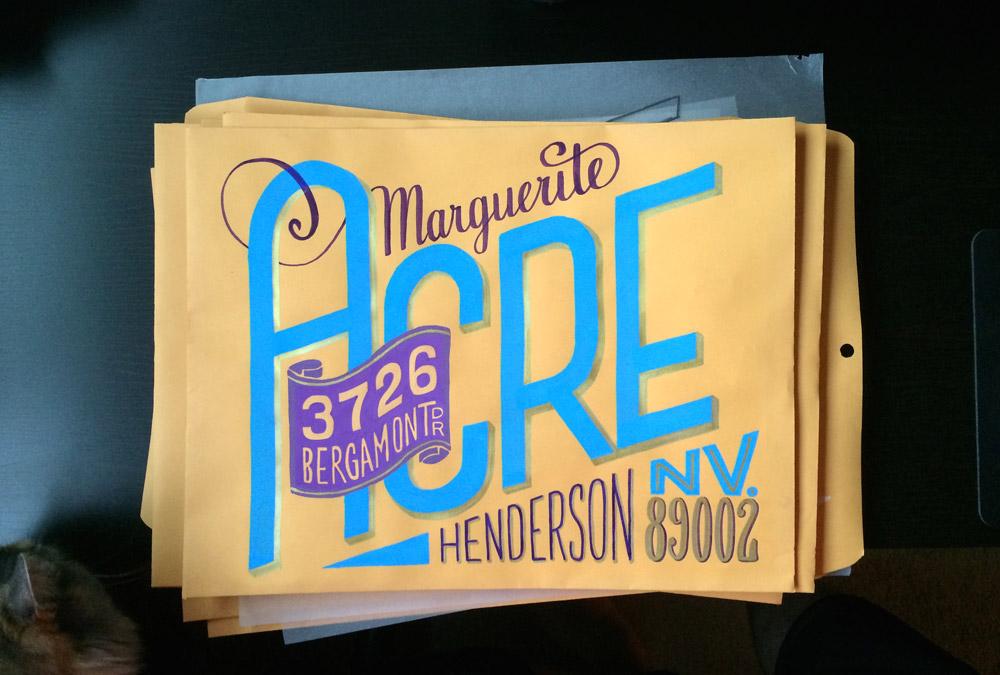 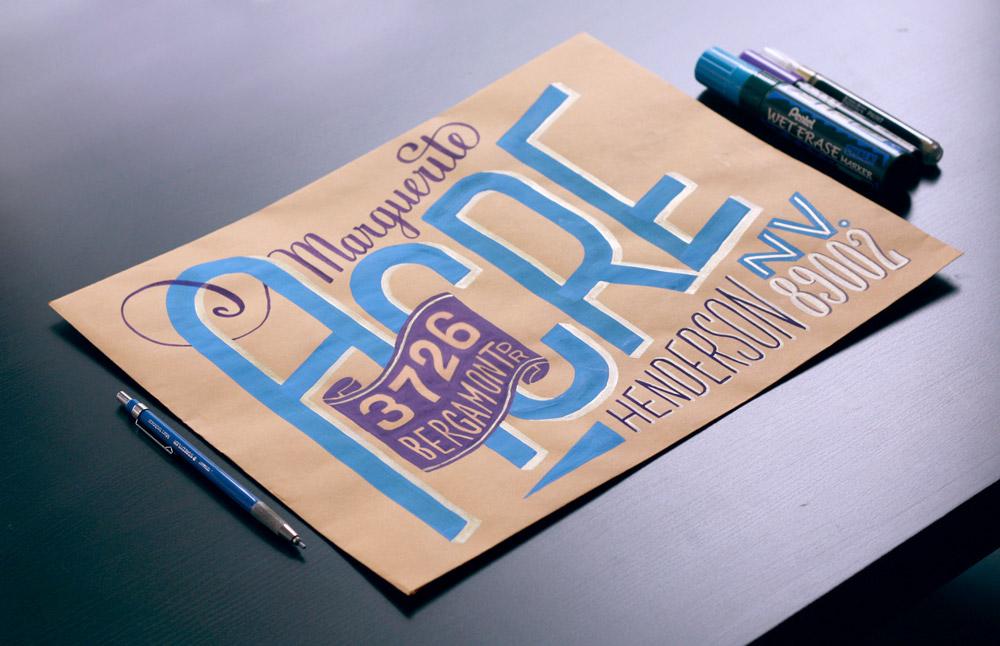 Now I'm off to the post office to mail some love! Thanks for checking out my project and thanks to Erik for sharing his process. 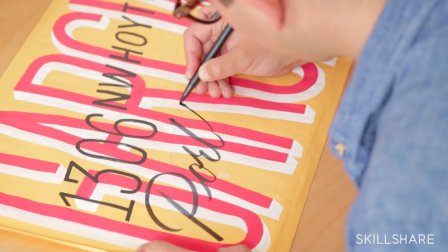