I'm sorry i'm so late on this. I was finishing up another class. I'm going to devote my free time this week to catch up with everyone.

I chose Loud. When i think of loud i think of noise, stress, and not being able to think clearly. The one thing that came to my mind was the rabbit from Alice in Wonderland. He's obviously very stressed and running from one thing to the other.

I decided to take that inspiration and create a stressful scene in the middle of the city. Either the character calling for a cab and trying to be heard over the noise of the city, or the character running after a cab with people honking at him.

If you have any feedback, that would be awesome!

Update 3/31/13: Finalized. I might take the stream of exhaust out. But i'm pretty happy with how it turned out. 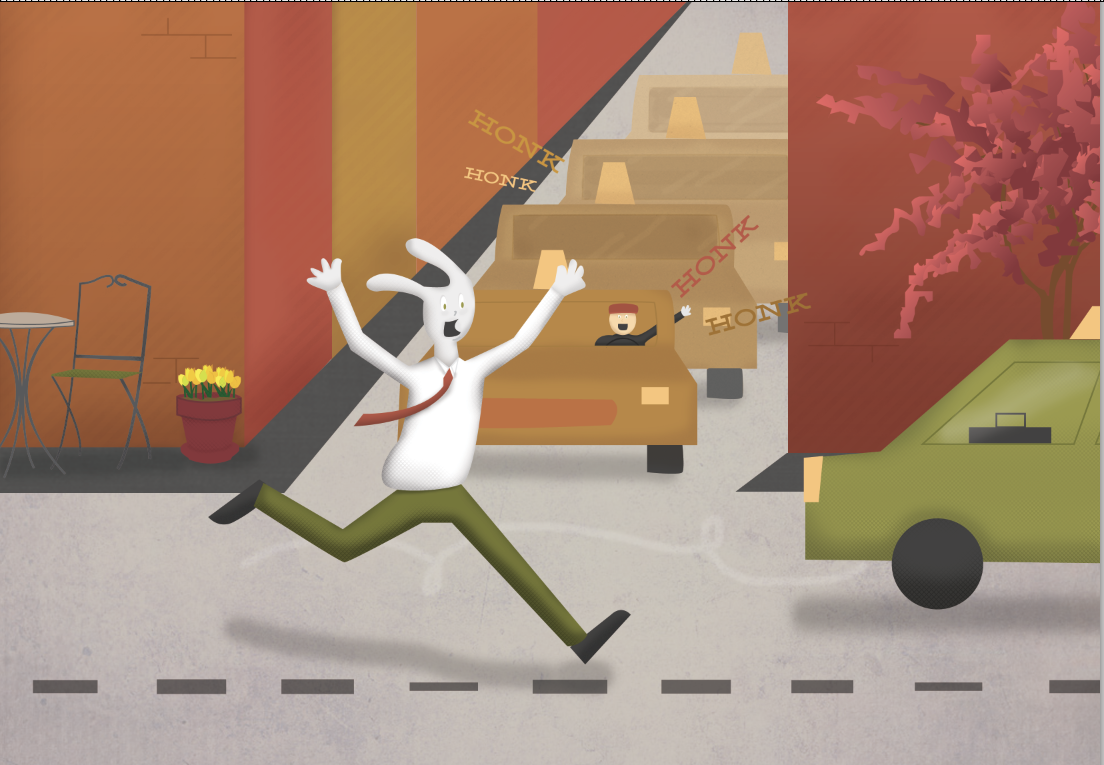 Update 3/29/13: More details. I think i'm getting alittle closer to the final. I want to add a few more details to the buildings. maybe a car behind the rabbit. 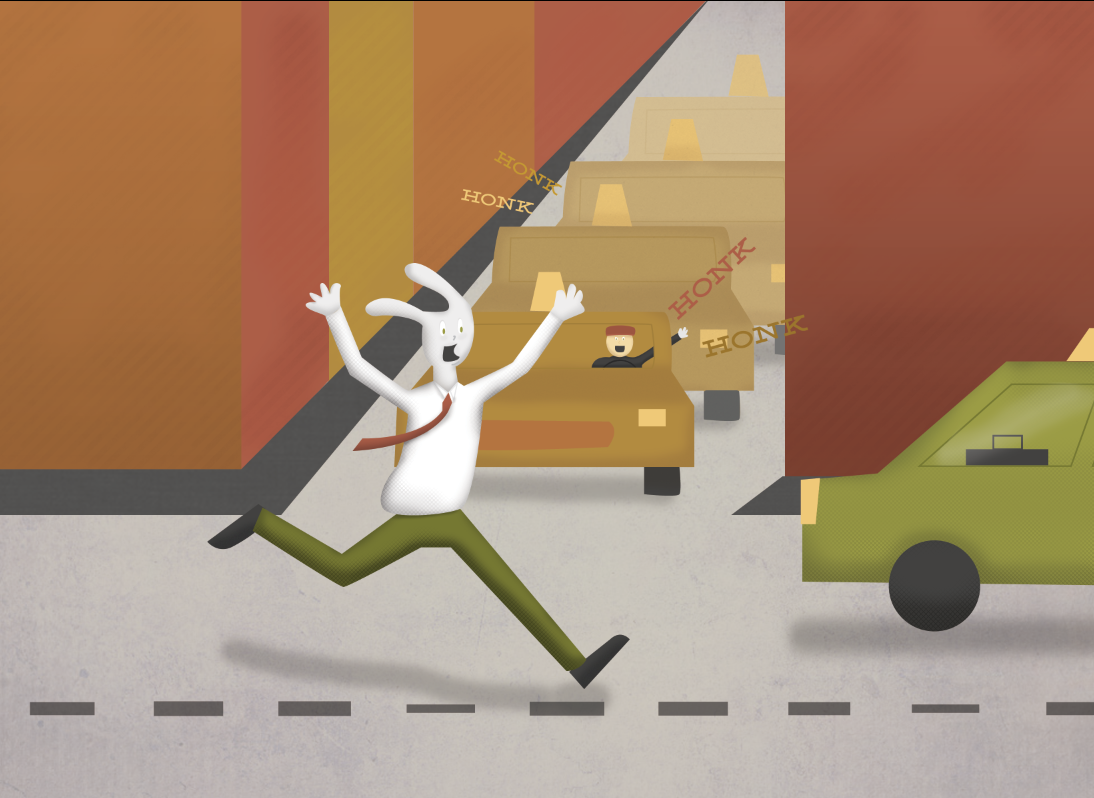 Color Update: starting with some colors. Definitely not done yet. 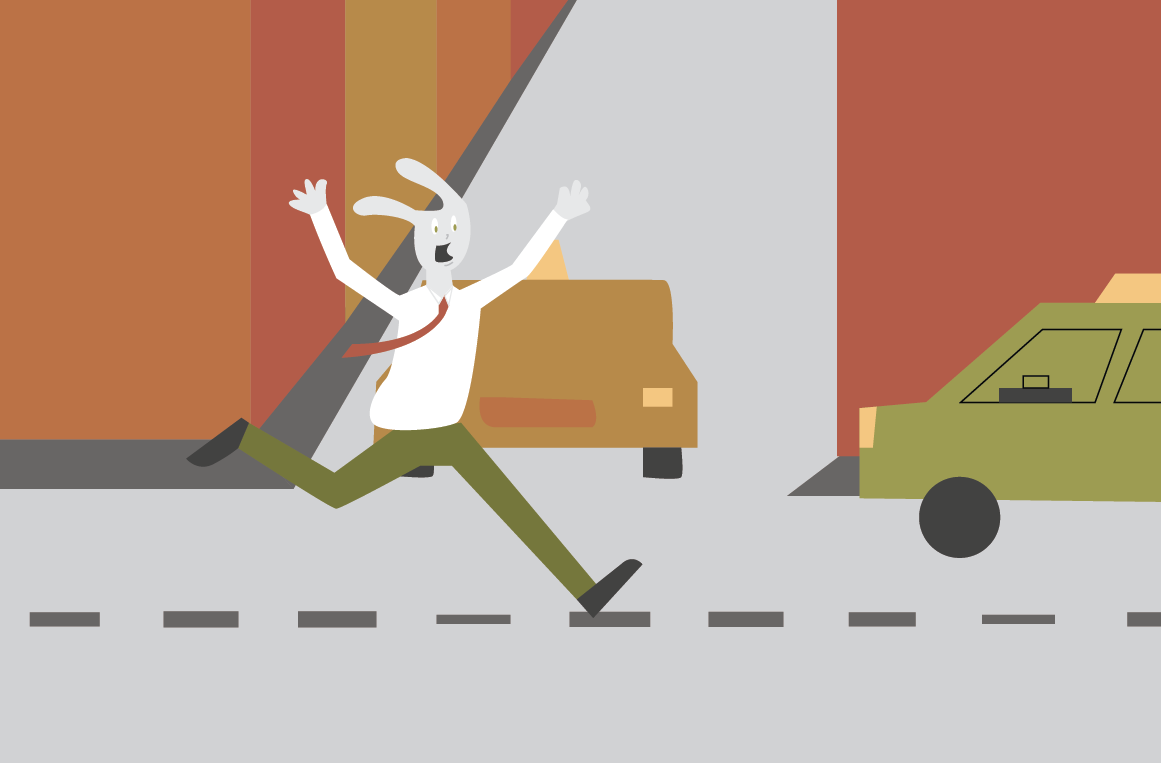 Update 3/27 with some textures and shading and added parts of the illustration. I need to touch up the shadows alittle.

I'd love for any feedback you might have! Thanks. 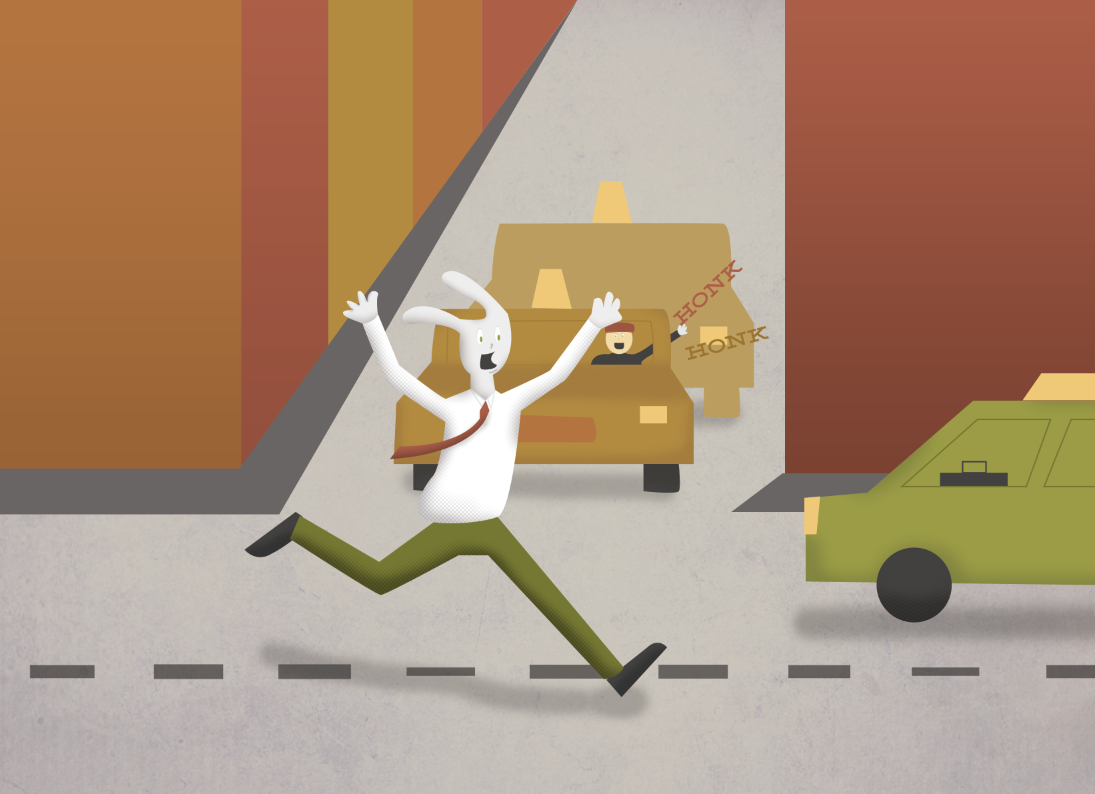 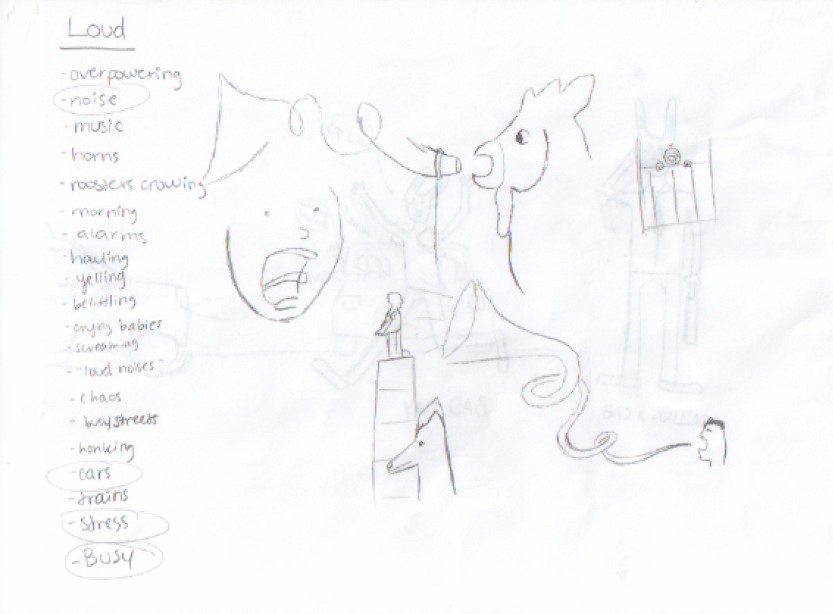 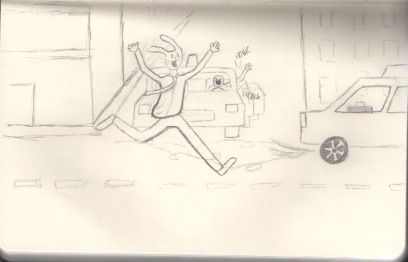