I am going to be designing some print adverts from Transport for London that I found from the 40s/ 50s.

I plan to put my own spin on them with use of texture and different colours. Going to show my progress steps here.

Step 1: The original (it's an internet jpg from an auction house so very low quality. I am going to have to guess some of the shapes!) 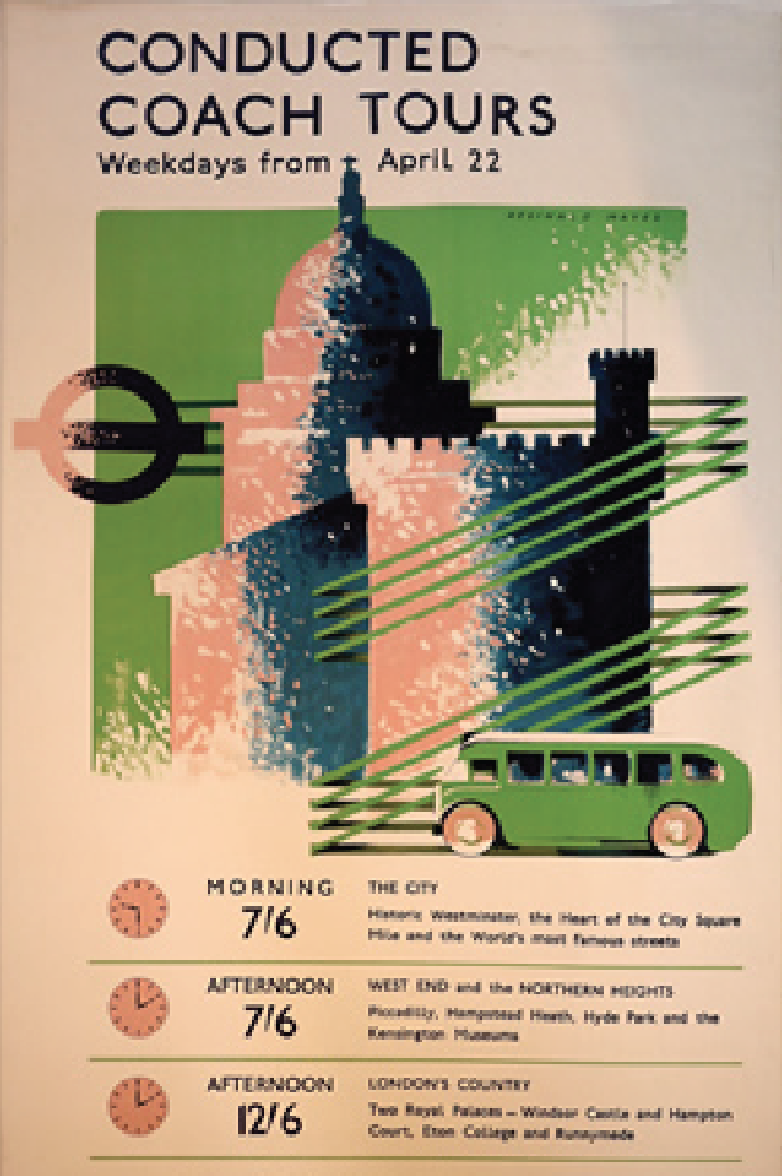 Began by creating horizontal lines with the pen/line tool and adding a thick stroke. Then using the blend tool to make sure the 4 lines were the same distance apart. Then duplicated and rotated. Then used the Pathfinder tool to chop the ends off all the shapes to look like they joined. The logo in the top left was a basic 2 circles aligned by centre and pathfinder tool to erase front. Then added the rectangle and United the 2 shapes together. 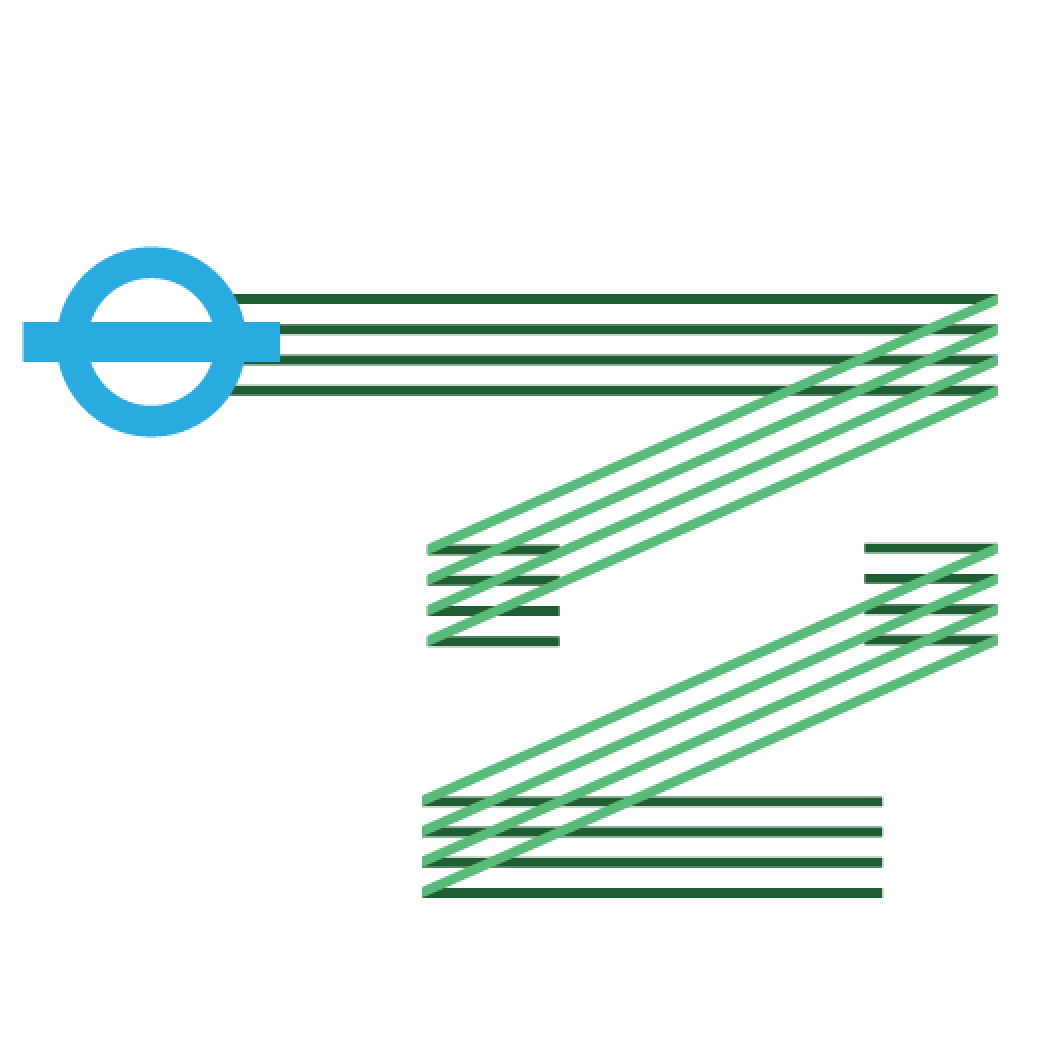 For the next evening, I started to create all the castle elements. I didn't love the way these were laid out. I don't like the top left corner where the Underground logo is sitting on top of a bunch of lines. I wanted to alter the castle shapes a bit to simplify. I also wanted to add a flagpole to bring some character. 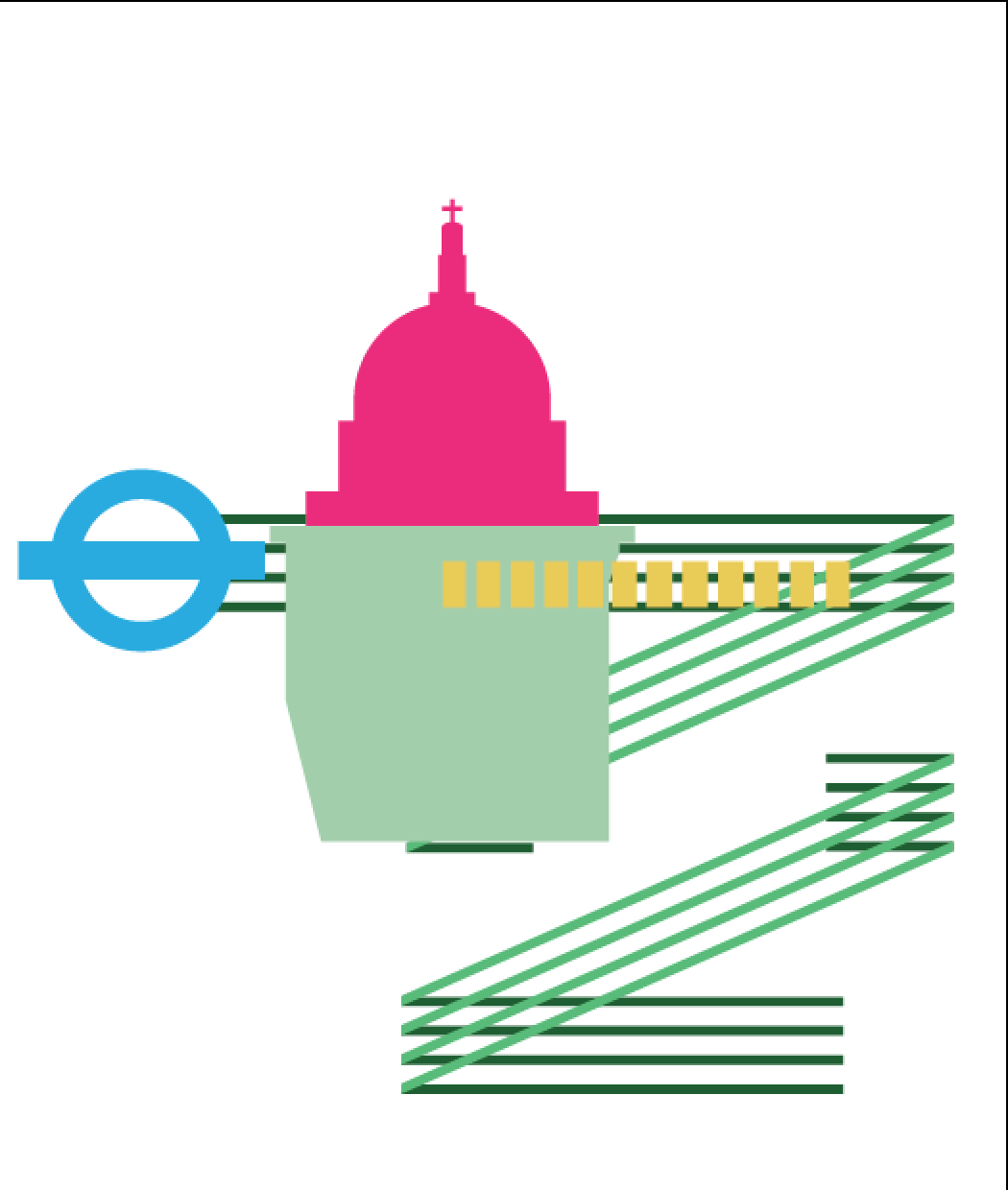 I used the blend tool again and the reflect tool to make the castle tower wall. I wanted the width of the individual segments to get narrower at each end.

I am still ignoring the colours at this stage as I am just creating the elements with high-contrasting colours, turning them off and locking them until the Colouring phase.

For the type, I knew that it would be either Gill Sans, used across the British railway system, or Edward Johnston's 'Underground' typeface. I had to play a lot with the kerning and leading... actually it was a very strange type lockup, but I matched the original as best I could. 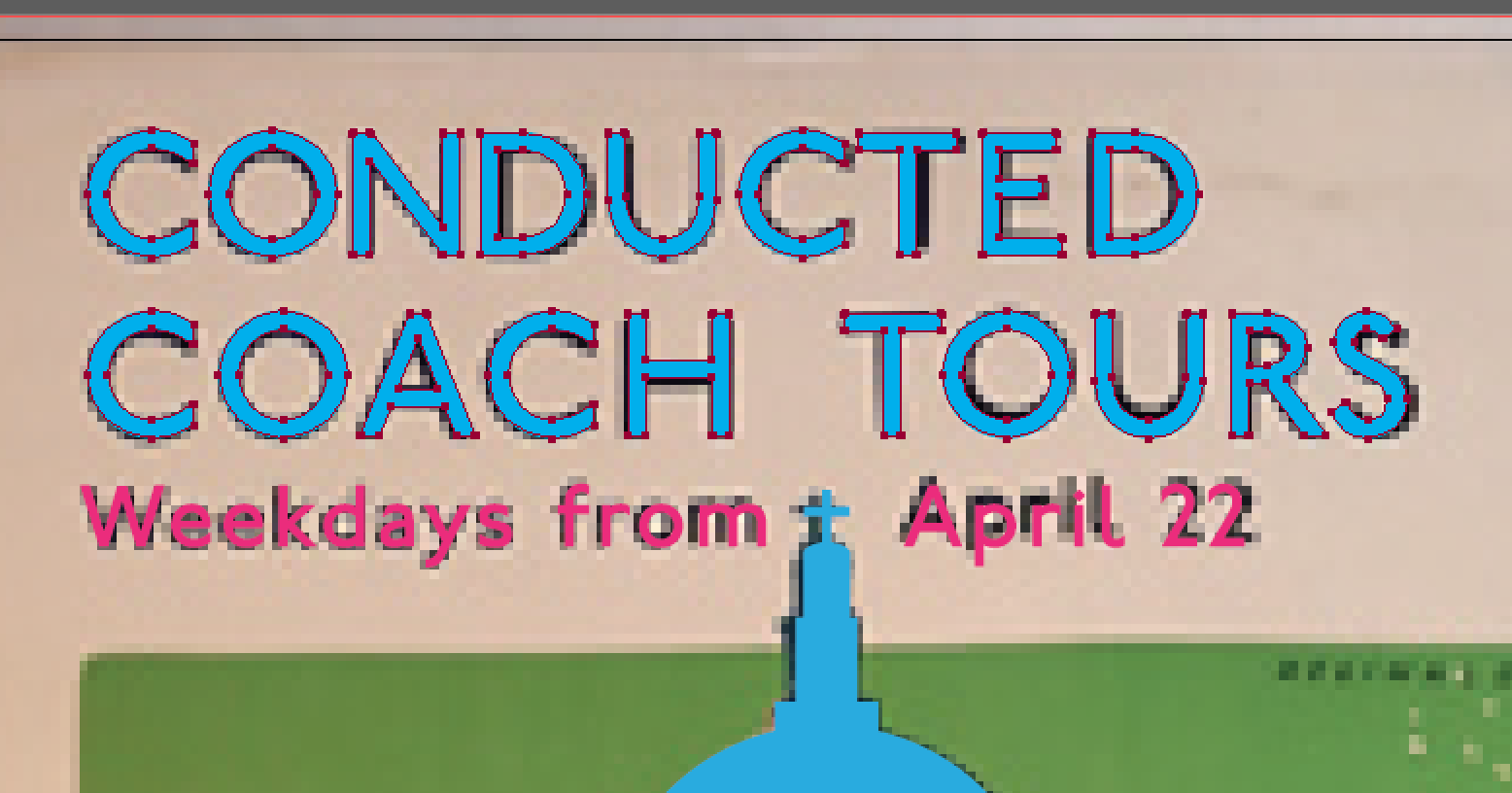 I think the modern version of Johnston's type is slightly different because it was difficult to get the absolute exact match- but I definitely struck gold using this font, harking back to 1916. 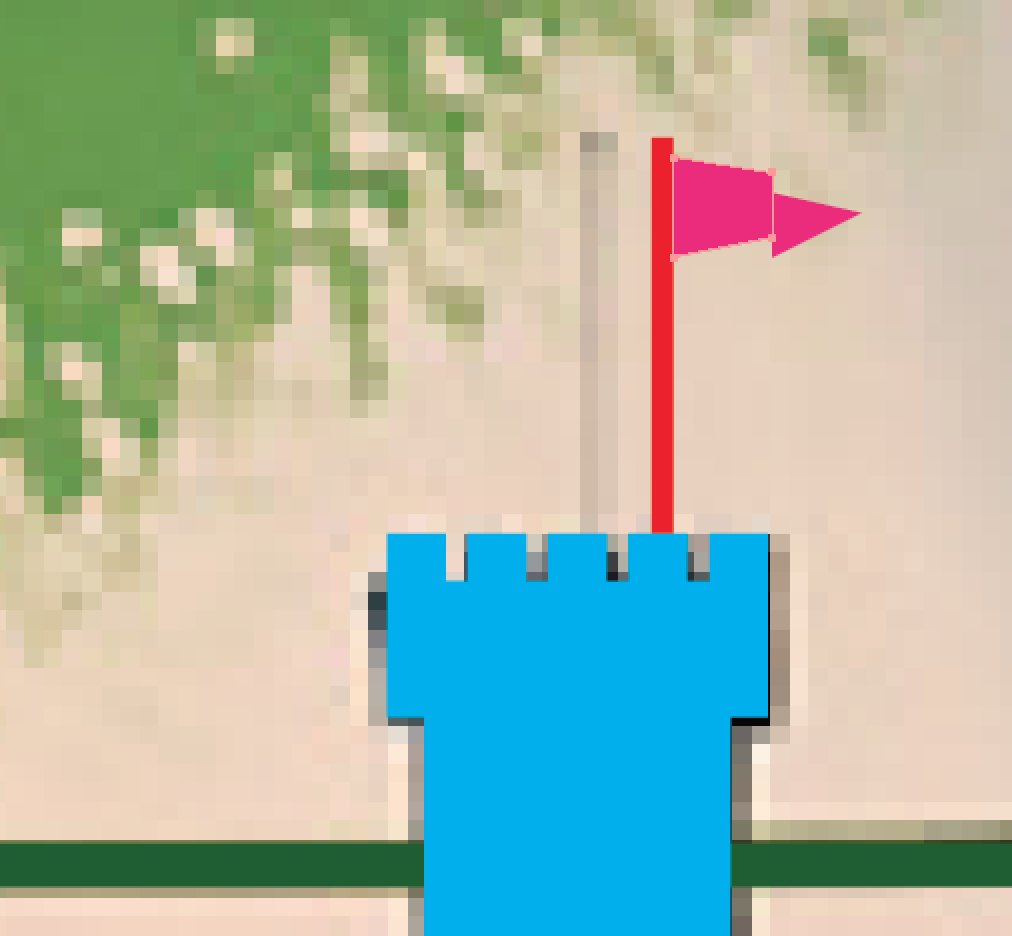 When all the elements were buit, I started to bring in some fresh colours. I really wanted to make the colour scheme modern but with a hark back to the 40's /50's styles so I brought in some pastels.

I also altered a few of the shapes to simplify and cut some space around the underground logo. 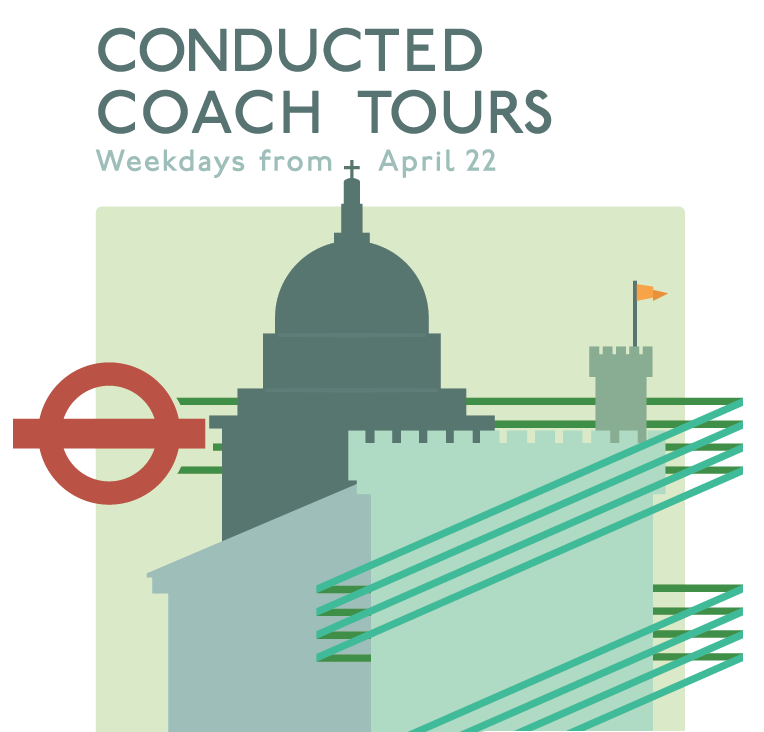 The flag is the only area so far that has any depth, bringing in some depth, shading and texture will be the next phase.

For the third evening, it was time to sure up some of the shapes and start to bring in some textures.

I started by creating about 8 textures in Photoshop as Brad had shown - I never really had the whole bitmap thing figured out til now and it's so great being able to easily change the colours of the textures live in Illustrator!

I imported all my textures (the good ones anyway) on to a new artboard. My third artboard was my colour dumping ground. A bunch of swatches and colour ideas gathered from different sources. 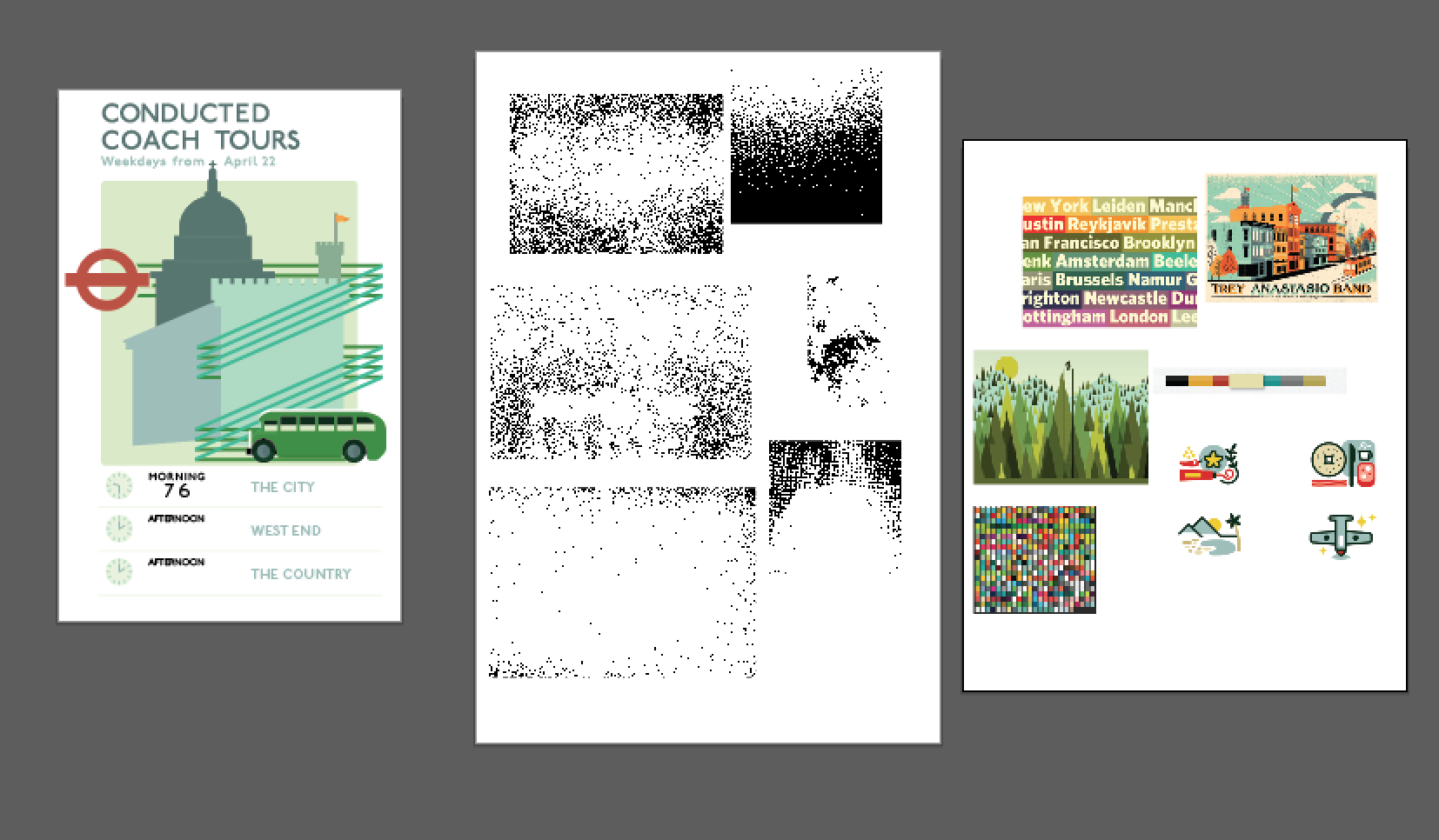 You might notice the little green bus on the left! More on that later...

I started to drag across the textures and used them to block off areas where different colours met together from diffferent shapes, I also used them on the edges of some shapes to give some depth. The original poster design actually had some pretty serious texture treatment going on so I tried to match this, up to a point. It was a bit extreme and I wanted to tone it down and go for more of a screenprinted look than a painter/ heavy grunge style. I am not a fan. 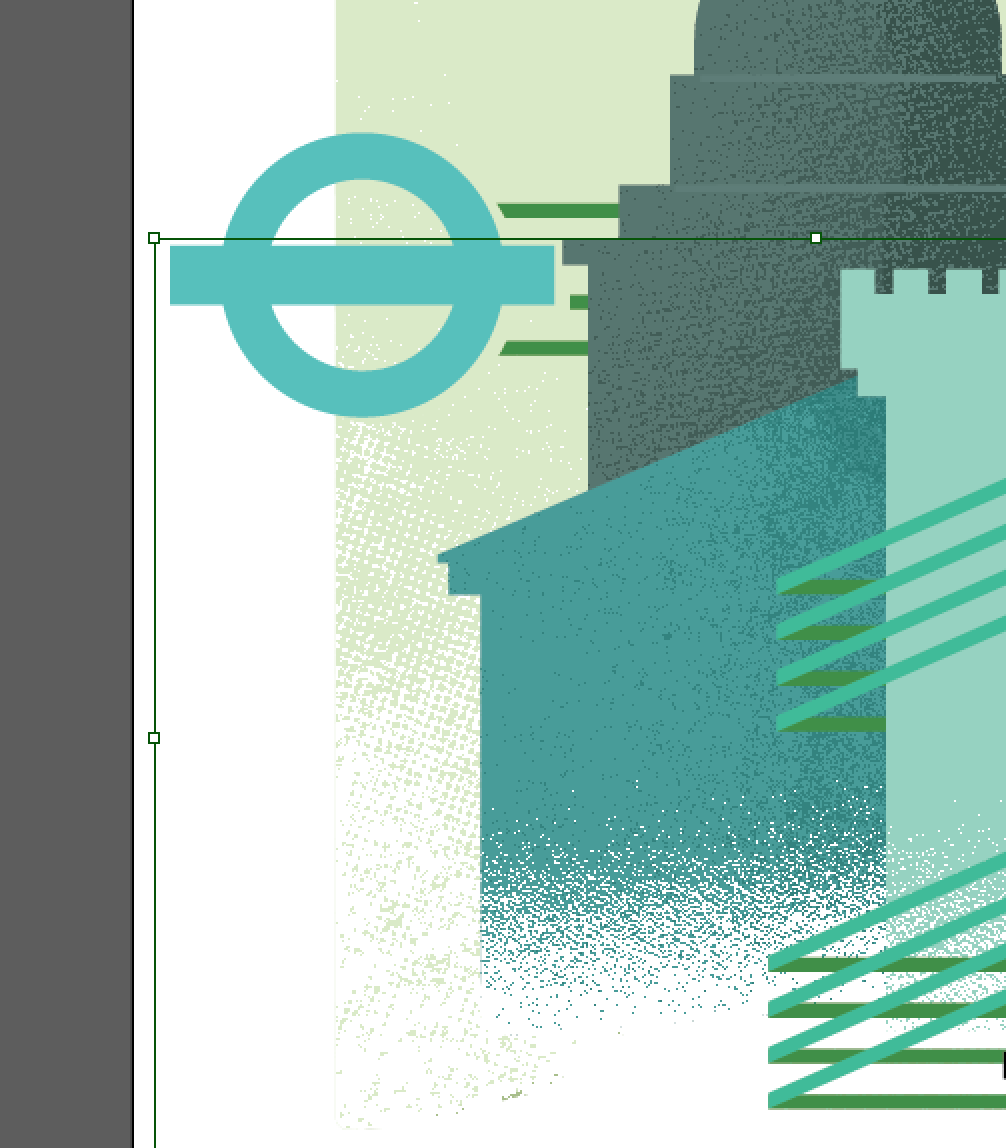 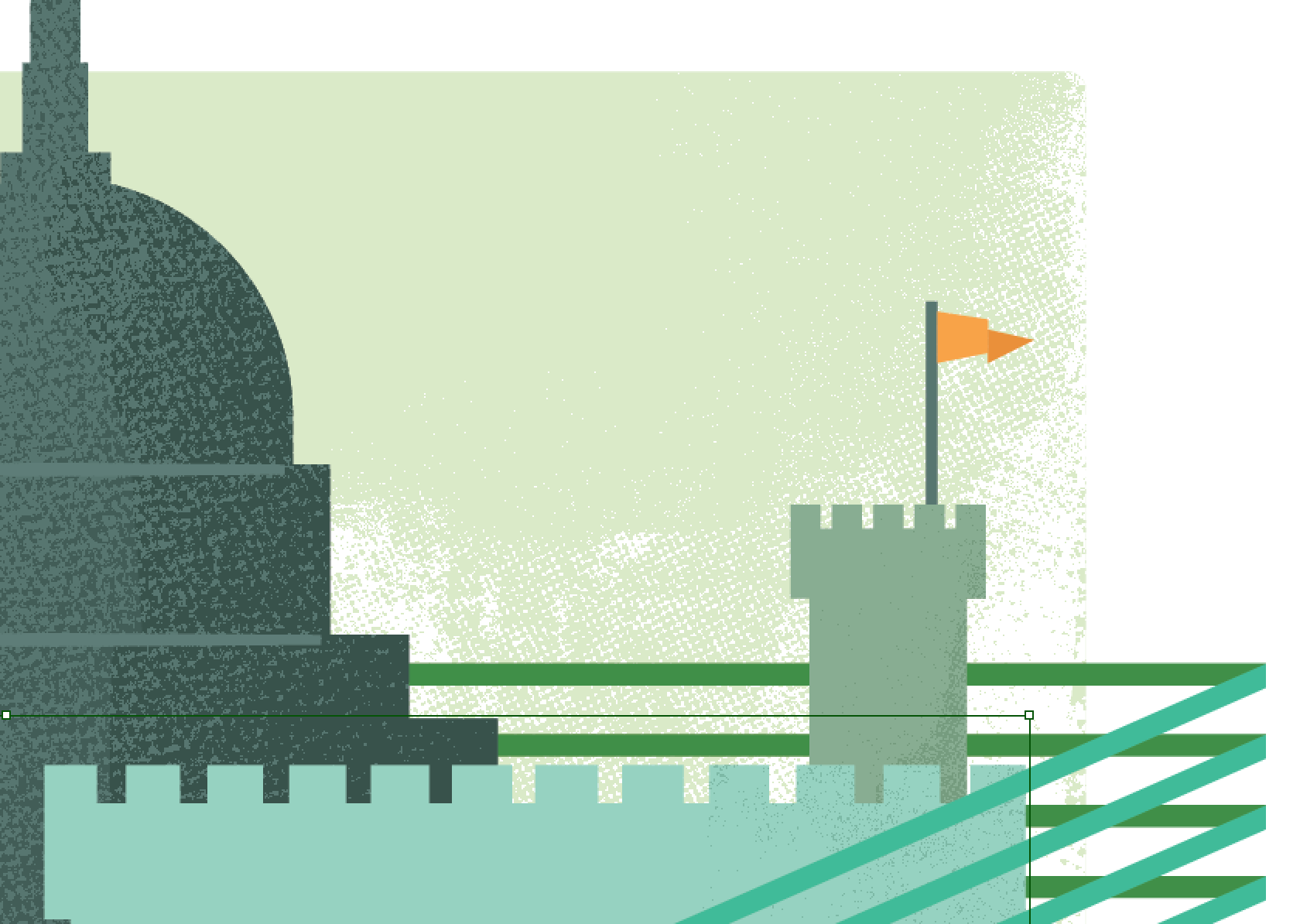 I am really happy with the tones, textures and colours. I cleaned up the type significantly on the bottom as I didn't want any more details other than the the departure times, price and location.

The final thing I did for this evening is to re-colour the bus. I kept it green up until the last minute, and then I decided that the red was much more interesting and brought a focus to the piece. It was looking a bit monotone. The red plays nicely against the litle yellow flag creating 2 little objects to look at, and draws the eye from the top right to the Underground symbol, to the bus at the bottom right of the screen.

If I was designing this poster as an information document then I would emphasize the times and locations- but I am not. This timetable is well out of date!

I am really happy with the progress tonight- amazing the difference that texture can make. My next stage is to clean up the bus and add some texture to that, and decide on the final colour for the Underground logo.

Would love to hear your comments. 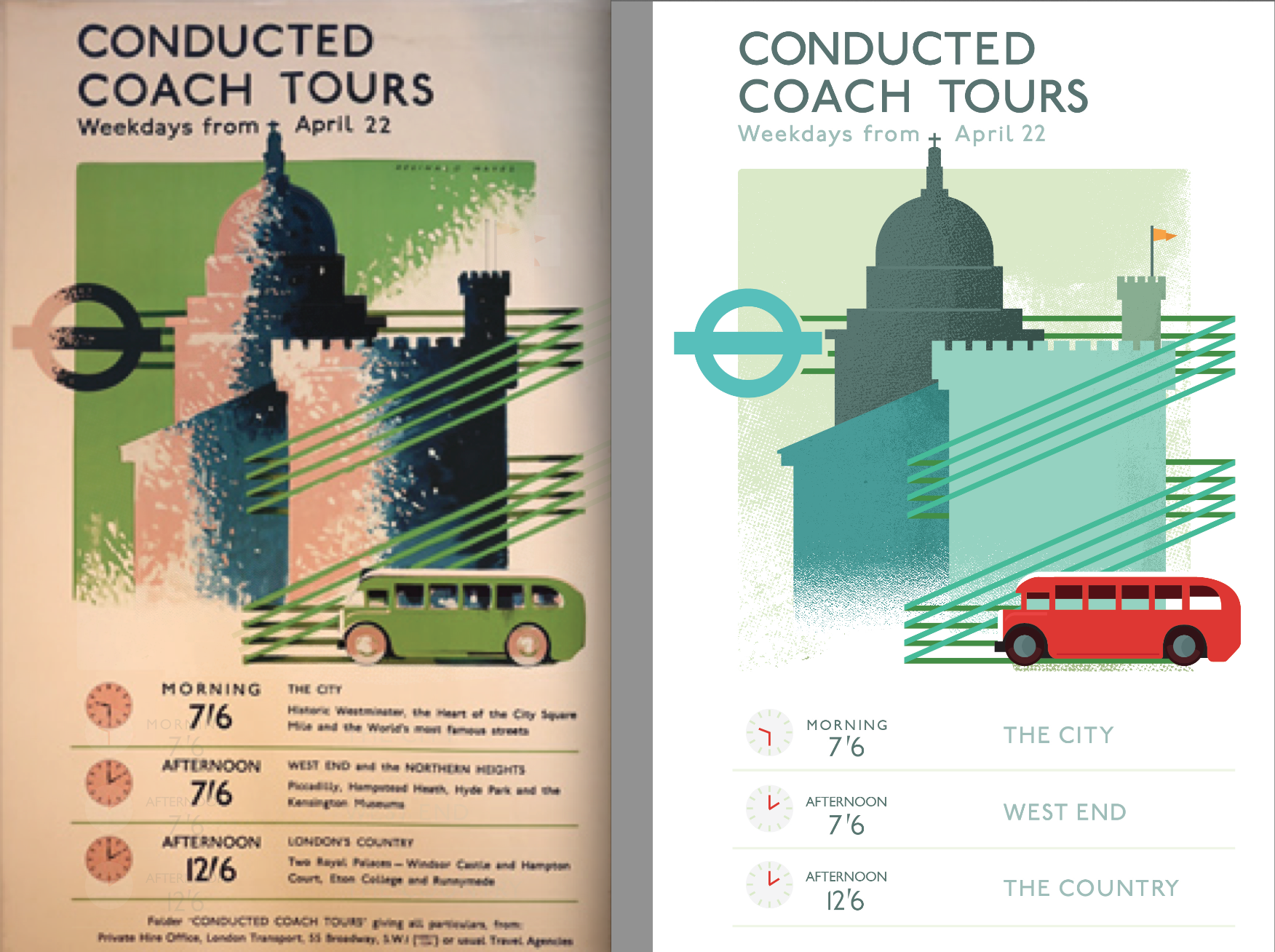