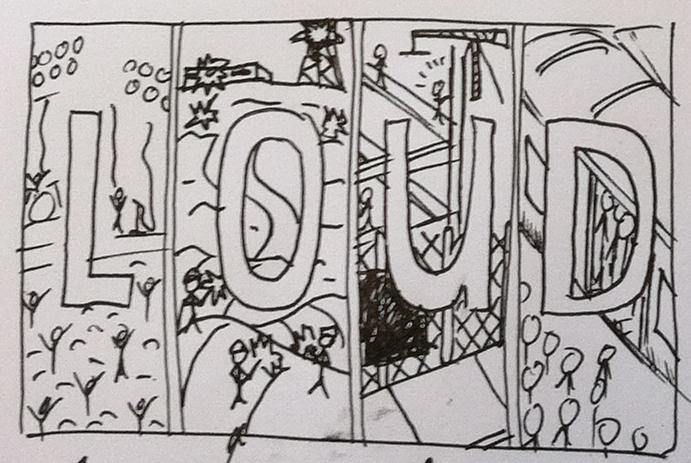 Initial sketch of the 4 seperate scenes.

I wanted to depict 4 seperate scenes that I think are synonymous with the world "loud". Even if people haven't been to war or to a crowded subway station they should still be able to imagine what the sheer volume of their surroundings would be like. 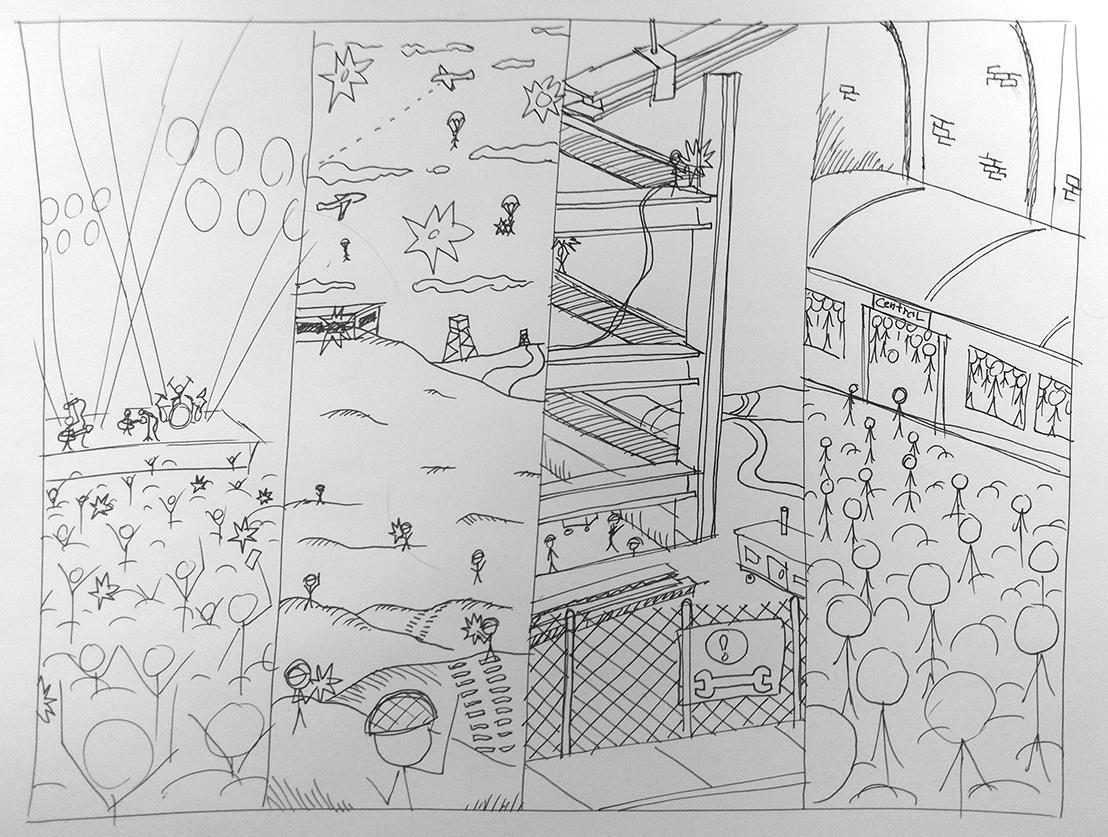 A more detailed sketch of the four scenes.

These are the 8 colors I've chosen to use for this design.

Since most concerts are usually in the evening or at night I felt like a dark blue would be a good base color. I also chose red because it's a very dominant color that usually goes well with blue. I also chose a yellow and a light blue to use for the lights and camera flashes. 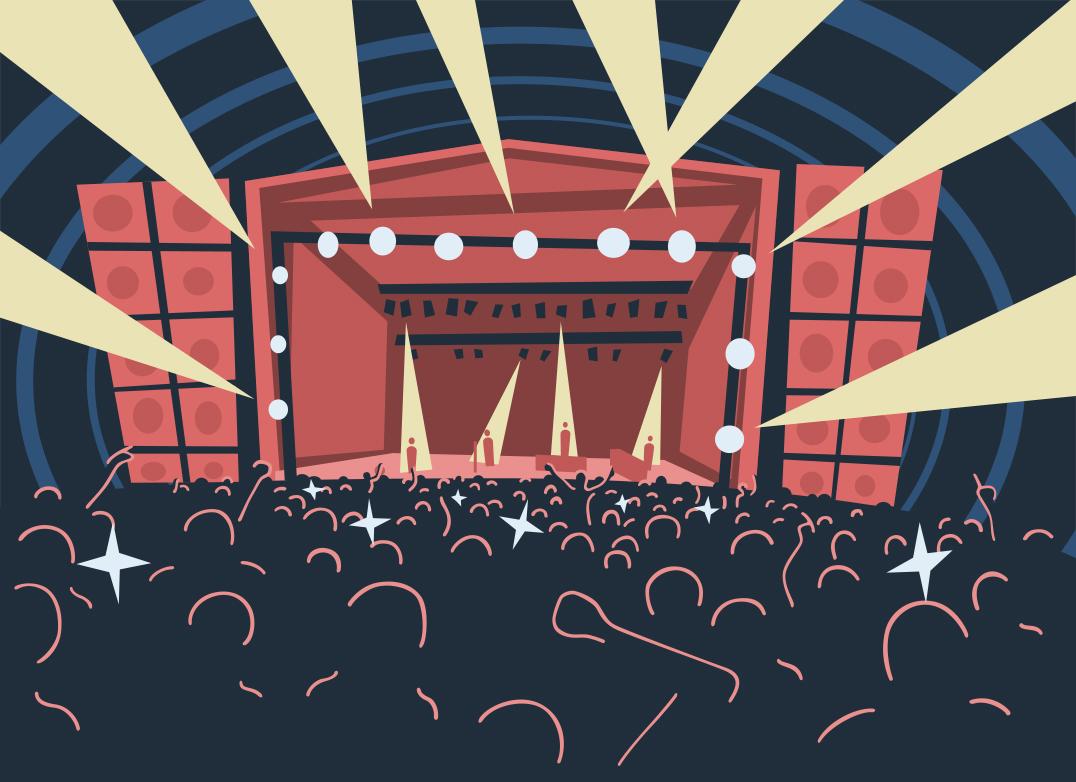 I think I tried to bite off more than I could chew so I decided to just go with the concert scene instead. 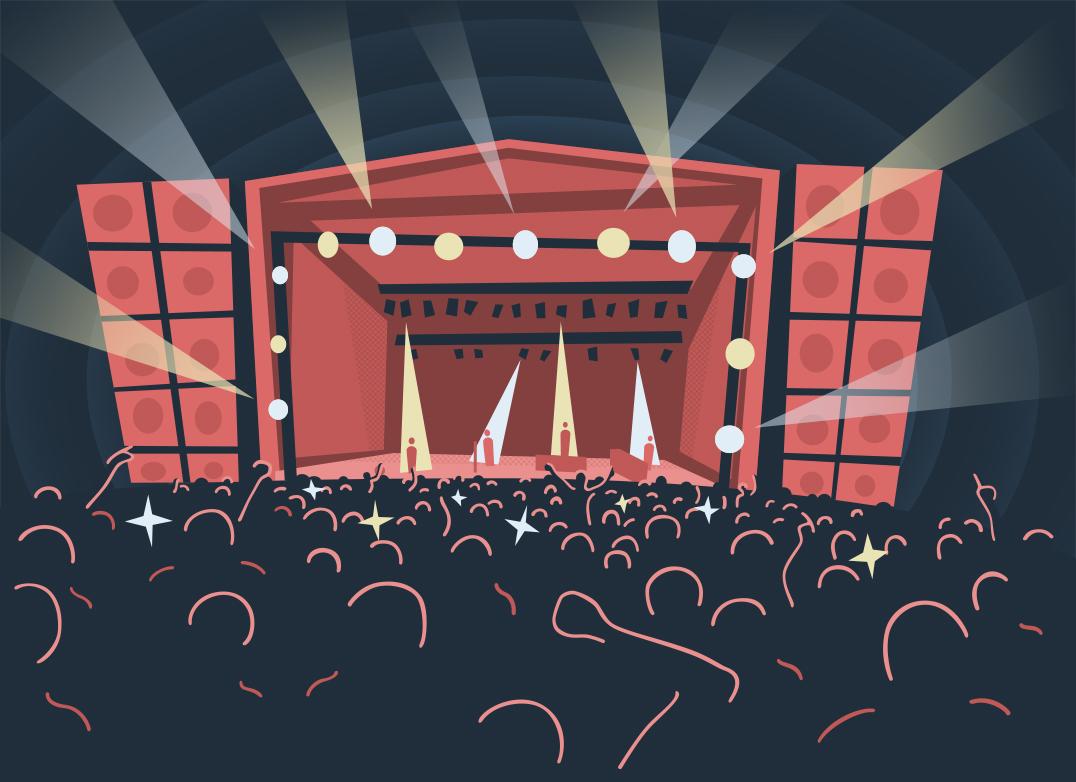 Changed around the colors for the lights, flashes and the crowd

Added a slight texture to the stage