I started the project with a hexagon from which a lion offered itself. With the end of its tail I played a lot with warping (it is a triangle) which I used frequently later. (I think warp is my favorite at the moment) :)

Since my small birth town has a lion monument, around which we played a lot when we were kids, I decided to mimic it and also some of the landmarks of this sleepy little town, named Szigetvar.

Given they've just celebrated the anniversary of their famous battle I tried to create a little game about it:

The sum of all the lions on the picture are equal with the sum of the digits of the year when the 'Siege of Szigetvar' happened, which you can find on wikipedia. Can you tell the correct number? :) Have fun!

About the progress of the project: I liked how the layers build upon each other and hide partly the objects on other layers under them, so that's why the idea of the hiding lions popped up. I just had to make enough of them, which wasn't easy, at least, for me... So some crazy, unnatural hiding spots occure...

I used some other features which wasn't cover in this class, but I tried them out along the way: eraser, pencil, magic wand, sponge, burn tools. In case of lions, sometimes I grouped the layers together to make it easier to copy those little troublemakers.

Sometimes weird things happened, like when I used the pencil or eraser a message pooped up like "shape will turn to real path" or "object must be rasterized" whatever those mean...I hope in later classes all those going to be clear for me :)

Note: of course the battle was also a heroic act and a terrrible thing and every year a commemoration is held, but also happy celebrations are there too, like war-games, concerts, etc. So I didn't intend to harm anyone's feelings by making a game about it. 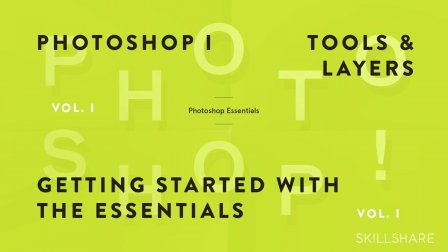 Fundamentals of Photoshop: Getting Started with the Interface, Tools, and Layers (Photoshop I)
Meg Lewis