For the project I decided to go for a fantasy theme, so instead of having a lighthouse there's a giant crystal lighting the island. Other elements I included were the little Rune island and the lake/waterfall.

I found the biggest hurdle I faced was lighting the scene, I wanted to go for a more moody night fantasy but was having trouble making the scene look like it was taking place at night but also making sure everything in the scene didn't look washed out.

I also did a winter version of the island 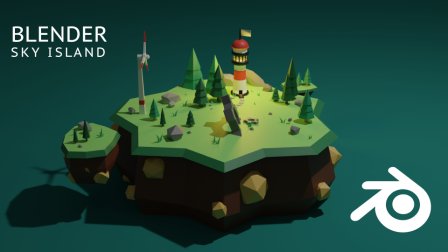