I was looking through an icon set I had (http://geomicons.com/) and found all these fun little icons. The child icon and the woman icon was custom made by me previously to match the style. I thought it would be fun to do a "lifecycle" child to adult to death to afterlife!

I threw in a bunch of extra animations to spice it up that I learned in Animating With Ease in After Effects.

I had trouble working with the multiple shapes, so to simplify it, I animated the extra shapes of the crossbones out of the scene. I also had the eyes of the skull animate open so they didn't interfere with the previous shapes. I think animating the opacity would also work for a simpler fix.

I couldn't figure out how to make the eyes of the skull and the ghost "cut out" from the background shapes so I just colored them the same as the background which is kind of sad.

I like the smoothness of the child to woman animation, but I couldn't figure out how to stop the shape from flipping as it morphed from the skull to the ghost.

Thanks for the class Andrzej!

I figured out how to subtract the shapes instead of coloring them as the background. All your shape paths should be in the same shape group. Then use the add dropdown to add "Merge Paths".

Put the merge paths below your shape paths, then set the dropdown to "Exclude Intersections".

My shape group is "eventual ghost" and my shape paths were "head to right eye" "head to left eye" and "head". This got the eyes to punch out from the head. :) 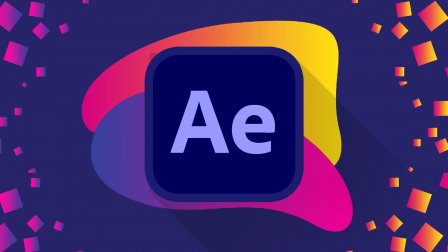