¡Hello everyone! I enrolled in this class by the time it almost started, but until now I can show you all my project, I love lettering a calligraphy so this is not my first time doing this but I enrolled because I wanted to learn different tips and receive feedback from a bunch of talented people like you guys :).

My name is Julio and I'm from México, I planned to make this excercise in order to use it for a real project that are de wedding invitations for a couple of friends, my friend Lulú and my friend Álvaro, they´ll be getting married next month and they asked me to design their invitations. I´m a graphic designer and this is the first time that I do something like this, but I was confident that I could make something they would like :).

I made different ideas on the paper but I show you this one wich was the final one and the one I believed I could work with: 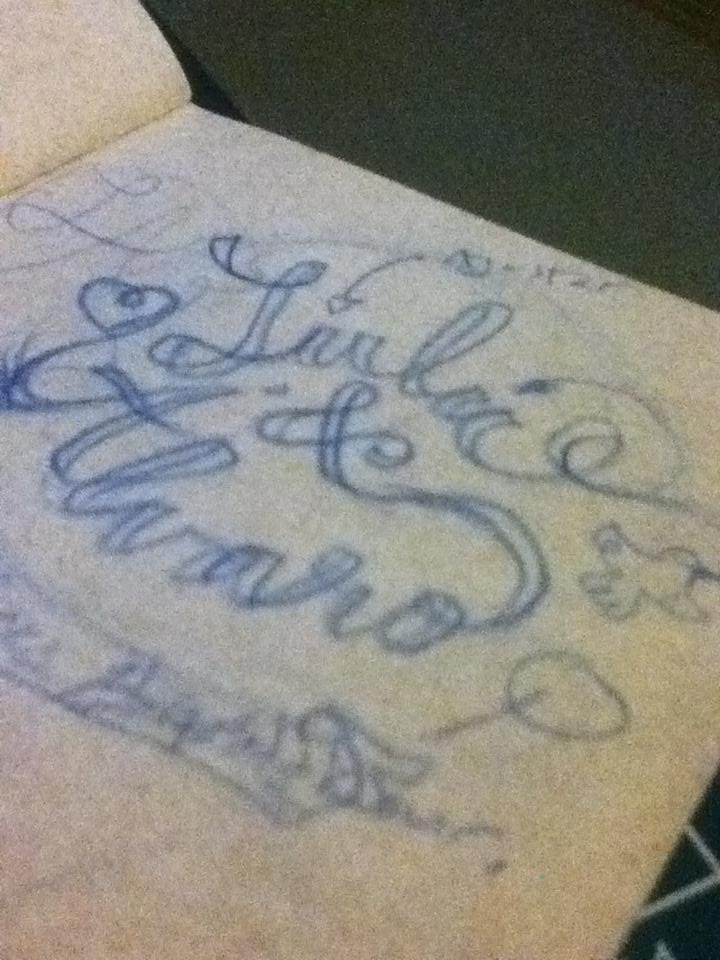 As you can see it is a simple lettering using both of my friend's names, I decided to add some element to the letters, like a little heart and a little dove.

What I did next was to scan my sketch and have it ready for vectorized. 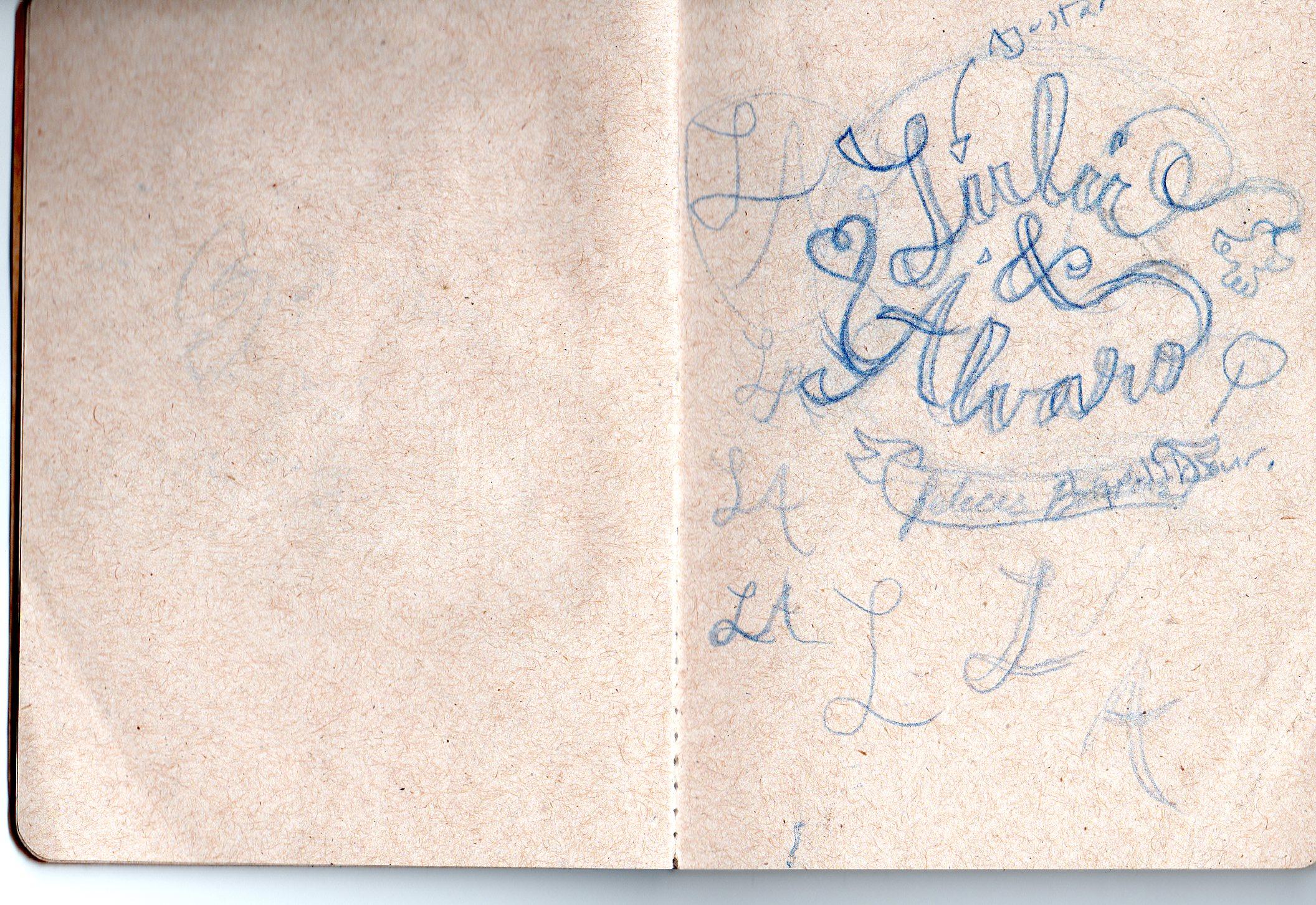 As I told before this is not the first time that I try to do lettering on my own, but I had never really know how to do the vector part. I normally use the pen tool on Illustrator to do the vector shapes but I always have problems with the interceptions between every letter and this is where this class became priceless for me. I saw the videos that Neil put for us and the helped me a lot, he made it so easy for me that I finished the vector of the lettering in just a couple of hours. 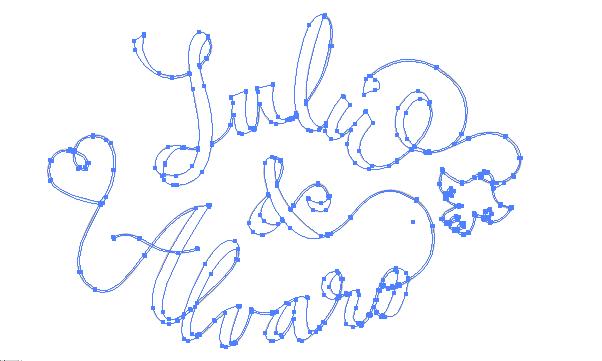 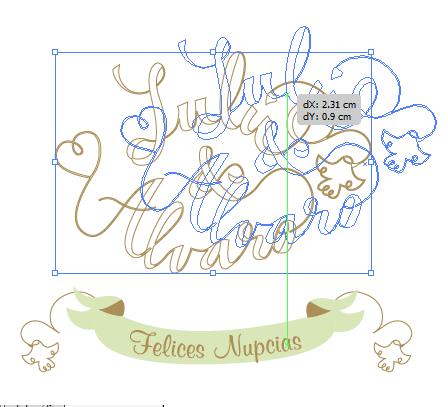 This the final composition: 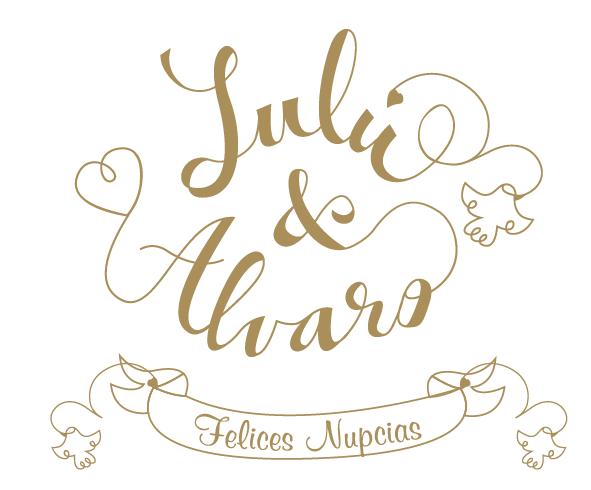 This is a quick picture of the final invitations: 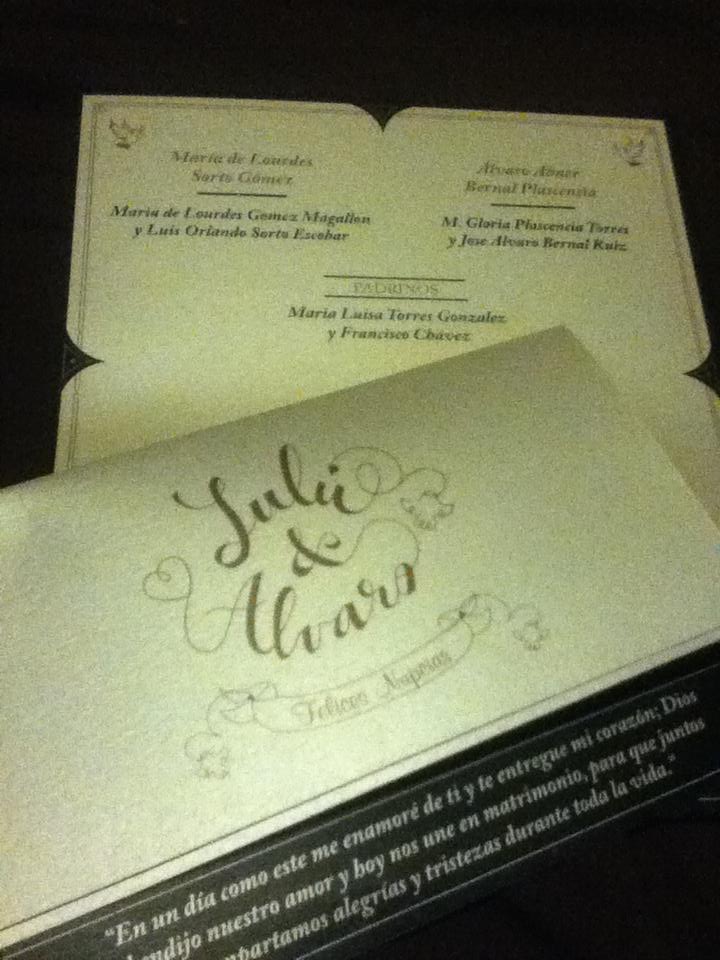 Unfortunately I wasn't able to take a better picture of them but the final result it was really nice, it is an special bright metalized paper and we used golden color in the lettering so in the metalized paper looks really really nice.

Hope you like it guys and even when the invitations are really simple, my friends loved them and i was really satisfied with the result and also with all the tips and information that i got from this class.