Initially I went through a lot of sketches using regular grids. I also avoided letter forms. In the end I went back to using the proportional grids I'm used to using; starting off with some abstract shapes before tackling the letter C (for Chris). After the C, I randomly experimented with a few other letters.

Two grids were used; the iOS icon grid and the Pentagon Progression. Both grids can be built with a pair of compass and a straight edge, and both incorporate the golden ratio.

Letter C with some 3D

Thanks George for a great class. 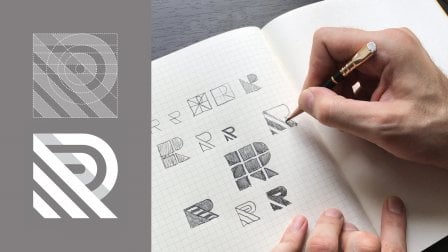