I chose LeBron James as a celebrity/athlete.

Here are a few screenshots of the design.

1. I started with the mood board.

2. Made a couple wireframes similar to the one made by Alexandra.

3. Tried out a few themes with the same layout. Used the theme colors of the team as well to see how that would work out. I liked the idea of using a pattern as a cover photo. Or even trying to make the page layout using the theme colors.

4. This is how I made the patterns. If anybody is interested I looked it up here. I made the logo in sketch as its pretty clean and minimal. Slapped the pattern on to a few screens to see how it would look. I feel initially the pattern was a bit too much. I reduced the number of repetitions later on. The one at angle looks pretty decent, so I decide to go with that.

5. Working on the second wireframe.

7. I finalised on these two. I just found them to cleaner and subtle.

I just started using Sketch and figuring my way around. If you have anything to share I'd love to hear your feedback. Awesome class Alexandra. I had a lot of fun working on this. I hope you have more classes for us in the future. 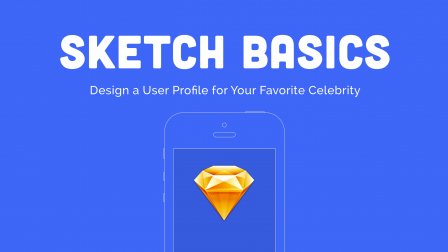