Hello! My name is Bobby and I'm a designer/illustrator in Seattle, WA.

I've been using a POD site over the past few months to gauge interest in some of my designs, and I've been happy to see sales and interest increase over recent weeks. This has gotten my brain going about opening an online store of my own, and taking more control over printing processes, printing quality, and business in general.

I've joined this class as a way to gain more knowledge on t-shirt design; what works, what doesn't, and gain a better understanding on what it might take to start a brand of my own.

The main brand I've used for inspiration up to this point is UNDRCRWN, which specializes in sports (mainly basketball) culture references, as well as hip-hop and some other aspects of pop culture.

I like how UNDRCRWN's designs engage the niche community of basketball fans online; the people who "get" the obsure references and inside jokes that make the NBA and sports culture in general so entertaining to many people.

I'm interested in how Dustin Canalin, UNDRCRWN's creator and main designer, sets up a reference or pun in a design that people with an interest in the culture will understand and put together on their own. He knows how far to take it without completely spelling it out for the viewer or making it too obvious. 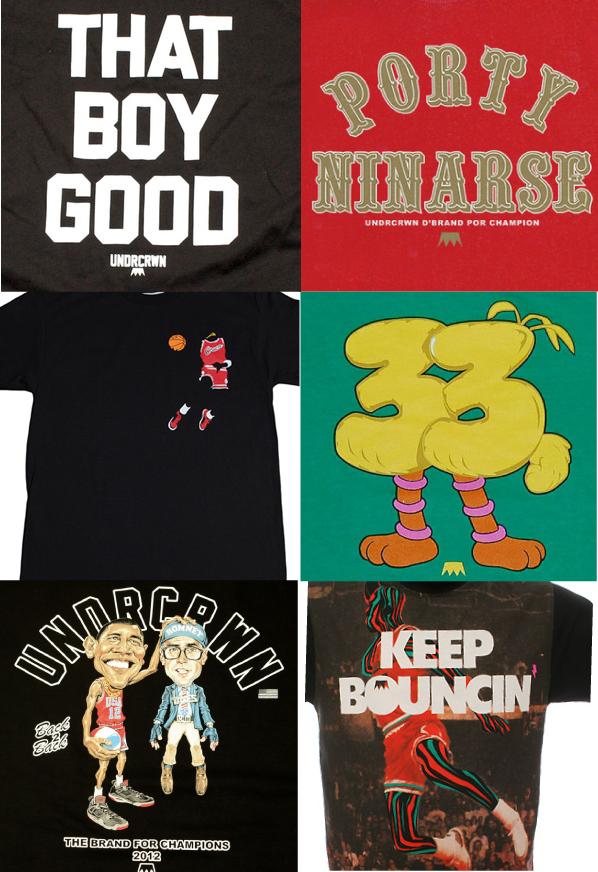 I'm interested in creating a design for this class that fits in with UNDCRWN's voice, and has a noticeable level of production-value and design skill.

The NBA playoffs are currently being played, and the Miami Heat are the heavy favorites to win the title this year. Miami's 2 biggest stars are LeBron James and Dwyane Wade, and they are 2 of the biggest and most recognizable names in the league.

A basketball fan/pop culture/all-around funny dude on Twitter that I follow is @Marco_Romo. He updated his avatar a couple weeks ago with a Photoshopped image that I thought was hilarious:

Immediately upon seeing the image I thought it would make a great t-shirt design, so I asked @Marco_Romo if he would be cool with me using his joke. I got his approval and am now working on cranking this out!

Here are a couple more views and poses that I've considered for this:

Thinking about using the Daft Punk type to accompany the illustration of LeBron/Wade as well, but not sure about the pun to use. "Daft Heat" is obvious, and maybe making it more corny would add more of a sense of humor to it. "Daft Dunk" could work. "LeDaft Dunk" kind of works too because the group is French, but that may be too much.

I have no idea if a design like this could even be sold, based on copyright laws, and whether this would be covered by parody or fan art, but that's not really what's most important to me. If it's controversial I don't really care to try and sell the design, I can use it for my personal blog or just as a piece of fun work that other basketball/music fans might appreciate. Any feedback, suggestions, or insults about the concept are very much welcomed!

I'm thinking this design will go on a black shirt, and I will plan on utilizing the black color for negative space. I'd like to keep the design to a 3 color print, using red, grey, and white for the colors, with black for the background/shirt color. I think that will also allow the shadowing to look better within the illustrations.

I finished the helmets last night, and am now working on the illustrations of LeBron and Wade's bodies.

Finding the correct amount of shadowing for muscles, on clothing, etc. has been a bit of an early challenge since illustrating this kind of stuff isn't necessarily my expertise.

I've tried to play with levels and contrast in Photoshop on source photos of their bodies to get a better sense of where shadowing and the darker lighting should go. This has helped a little but I'd like the shirt to look stylized and polished. Let me know if anyone has any ideas, recommendations, or tutorials for doing illustrations like this.

Was able to put a lot of time into the illustrations for this over the past couple of days, and I'm feeling pretty good about it. Here's where I'm at with the design: 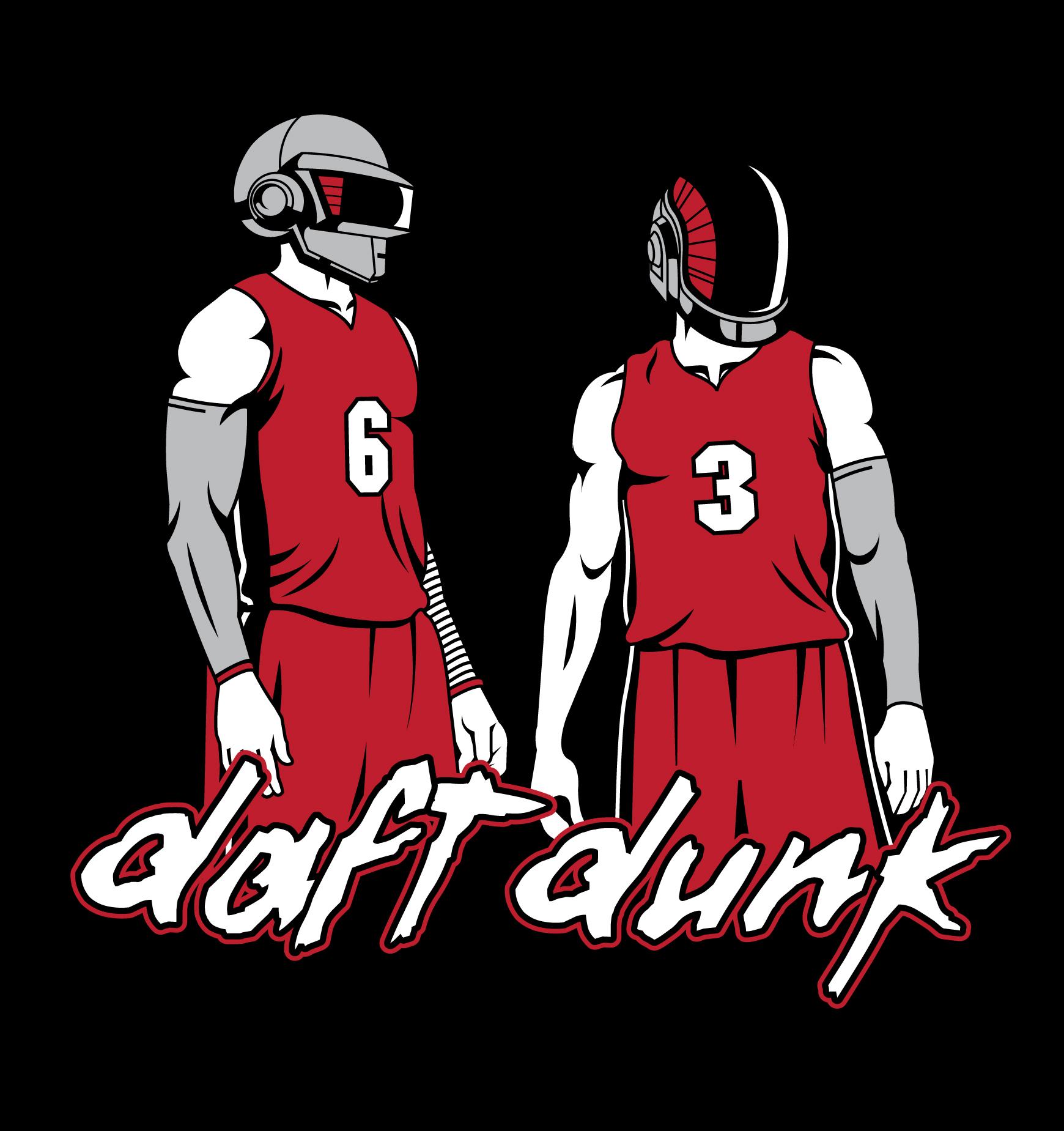 The body illustrations with the shading and details have been challenging, but I'm mostly happy with how they've turned out.

If anyone has any feedback or ideas for improving the design, specifically in the illustration details, please let me know.

While I'm happy with the previous design I posted here, I've thought of another design I'd like to execute that is very similar to the 'Daft Dunk' one I put up previously. I feel like posting about it here may add some motivation and accountability to me following through with it, so here it goes:

Anyone familiar with the NBA is aware now that the Miami Heat are about to face the San Antonio Spurs in the NBA Finals. The Heat are the defending champions, and are favored to win the title again this year.

If the Heat do in fact win, then it will be LeBron James's 2nd championship.

Anyone familiar with hip-hop music is likely aware of the very funny and entertaining rapper named 2 Chainz. He released his first full-length album last year to mediocre reviews, but he is still one of the bigger names in hip-hop at this time.

When most people think of 2 Chainz, they think of this photo of him doing his signature hand gesture:

My idea is to use Mr. Chainz's pose and instead have LeBron doing it, with his 2 championship rings on, and maybe his 2 gold medals he's won from the past 2 Olympics on as well.

I admit that this concept has already been done (very well IMO) by a small clothing company called Awkward Breakfast following the US Presidential Election in 2012 with Barack Obama:

This is clearly a variation on that design, but I feel like with LeBron it still works very well, and if it's drawn well then it can stand on its own as an original design.

Now, the Heat could definitely still lose to the Spurs in this years finals, and the design would all have been one giant waste of time, but I'm fairly convinced the Heat will win so I'm going to follow through with this.

Having it ready by the time the Finals are over is my goal, as releasing it into the social media world instantly will increase the chance for it to get spread around.

I stitched a composition together in PS of what I want it to look like, and will use this as a sketch. (I trace the hell out of source photos if you haven't noticed by now. This would probably draw scoffs from design and illustration purists, but it works well for the result I'm trying to achieve, so whatever.) The details in this illustration have been a little challenging. I'm somewhat happy with what I have currently (see below), but would like the line weights to look a bit more cohesive. If anyone has any suggestions or feedback on ways to improve this, simplify it but still keep an interesting level of detail, or just has any feedback on the design in general I'd greatly appreciate it. 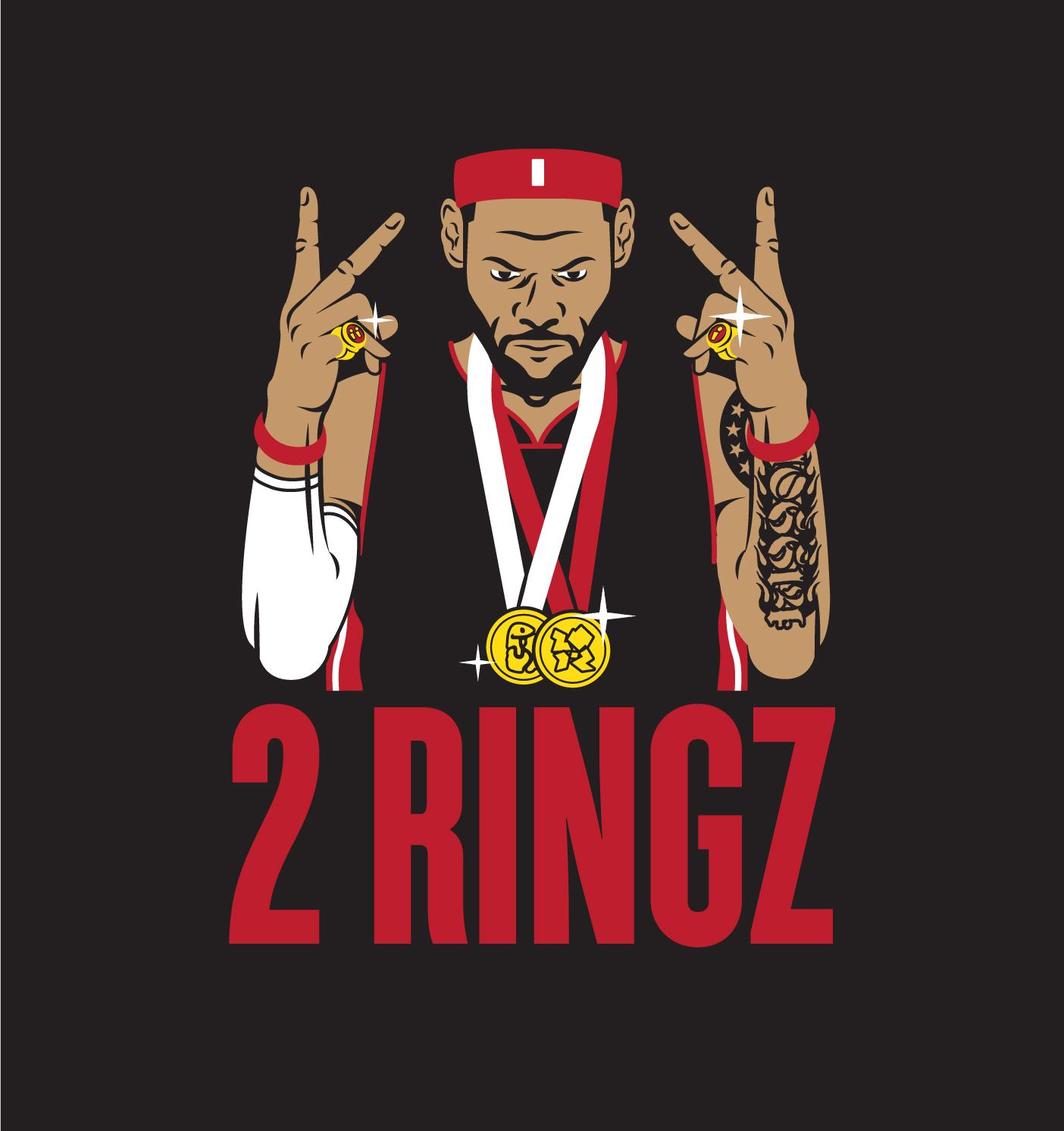 Now I just have to hope the Heat win this Finals series. Otherwise this thing is worthless. 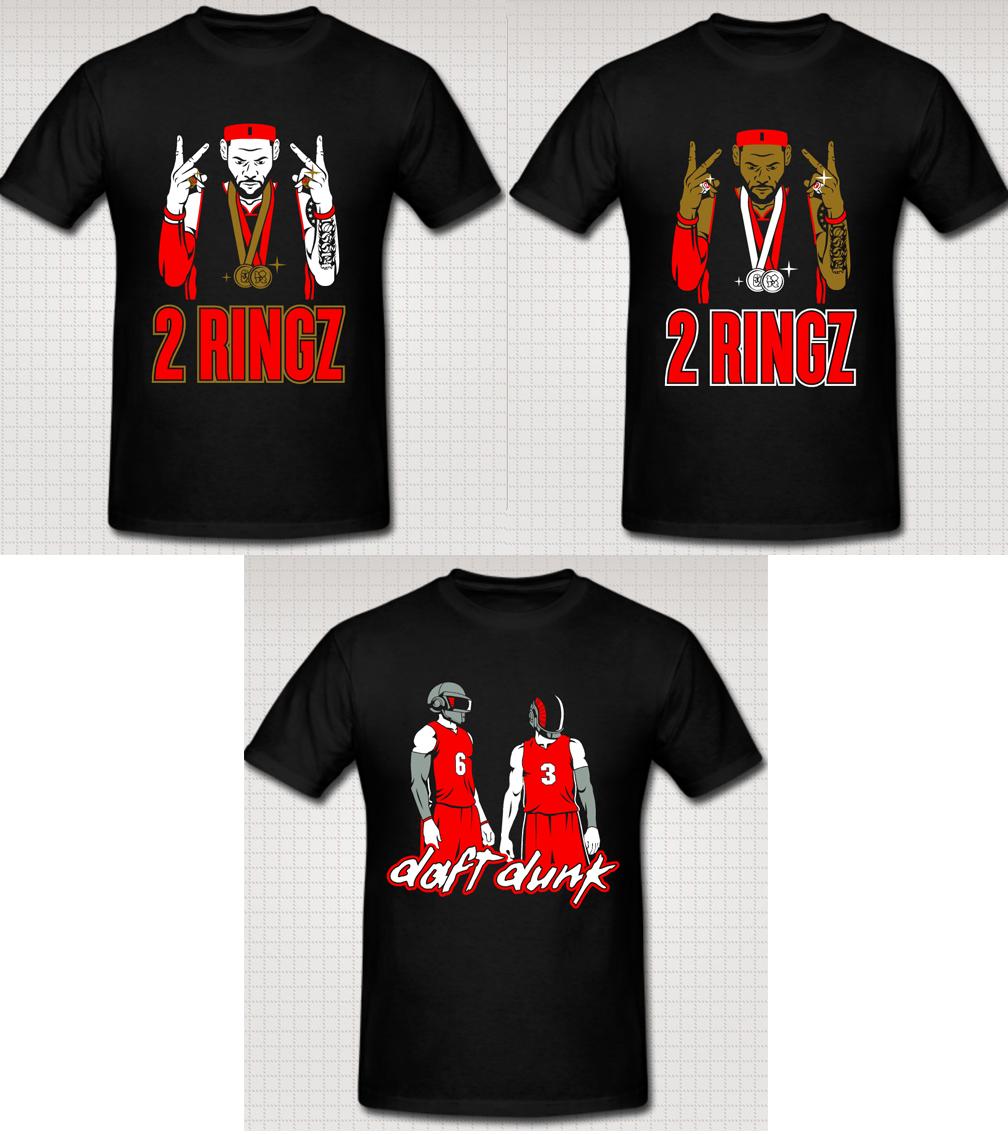 Examples of how these look on t-shirts.