Land of the Prince Bishops

This is my map of the castles in County Durham in England, which is where I live.  I drew sketches of each of the castles and then imported them into the map. I have also included trees to represent local green areas, such as Hamsterley Forest.  The forest is a mixed scenic woodland, bordering the North Pennines Area of Outstanding Natural Beauty. For many years, County Durham was unique in the UK, as it was a virtually independent state ruled not by the King, but by the powerful ‘Prince Bishops’.  County Durham is still known as ‘The Land of the Prince Bishops’ and I’ve included reference to that in my map.  Bishops of Durham could hold their own parliament, raise their own armies, issue charters, collect revenues from mines, and mint their own coins. They lived like Kings in their castles or ‘palaces’ which are still standing today.  Really enjoyed representing local history in this way – great class (as always) Liz. 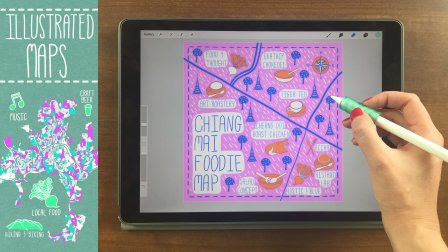