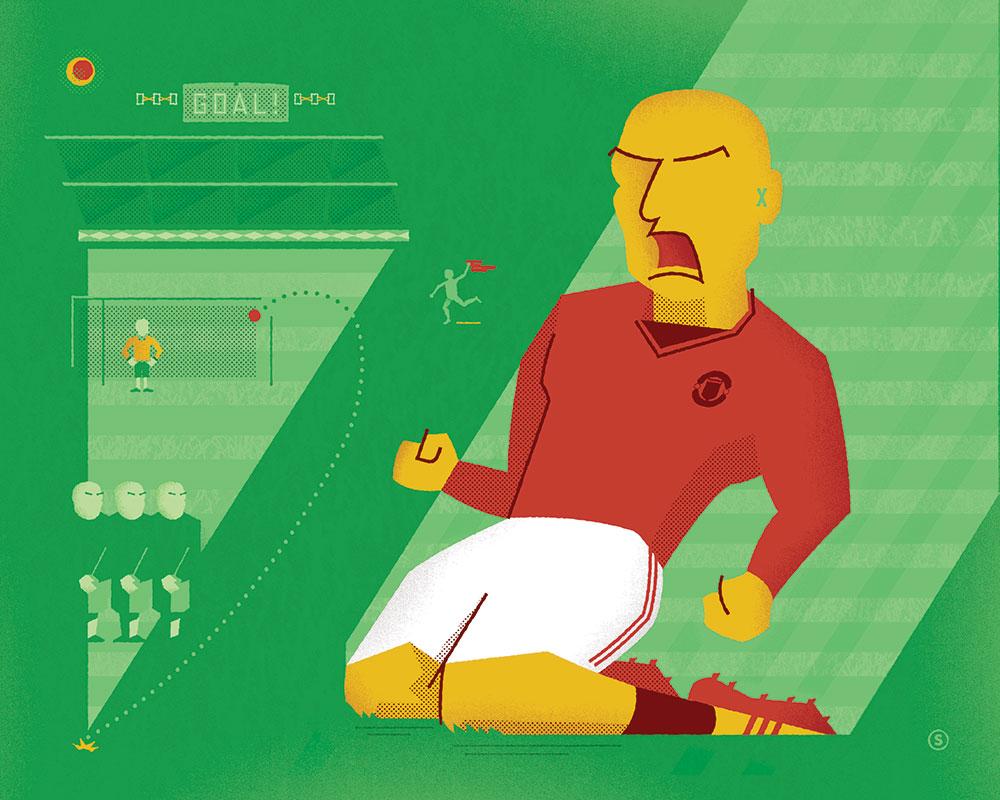 For a large part of the year, I wake up on weekends to catch soccer matches on tv. Due to the time difference, they're usually on in the a.m., sometimes as early as 7 or 8. Being fairly groggy, nothing snaps me off the couch yelling and waking the neighbors like a goal, or to pronounce it correctly…GOOOOOAL!

The tension and suspense build exponentially until finally someone puts the ball in the back of net and chaos ensues. Fans go ballistic, announcers roar, and the skillful player who just signed his own ticket to stardom, rushes toward the stands for his post-goal celebration. My personal favorite is the power-slide, and i figured this could be a good focus for my illustration … when for a few brief moments, thousands of voices cheer as one.

Here's the latest of my illustration. I've pretty much finished with the featured player in the foreground, now I'm working on building out the environment and other elements in the background. 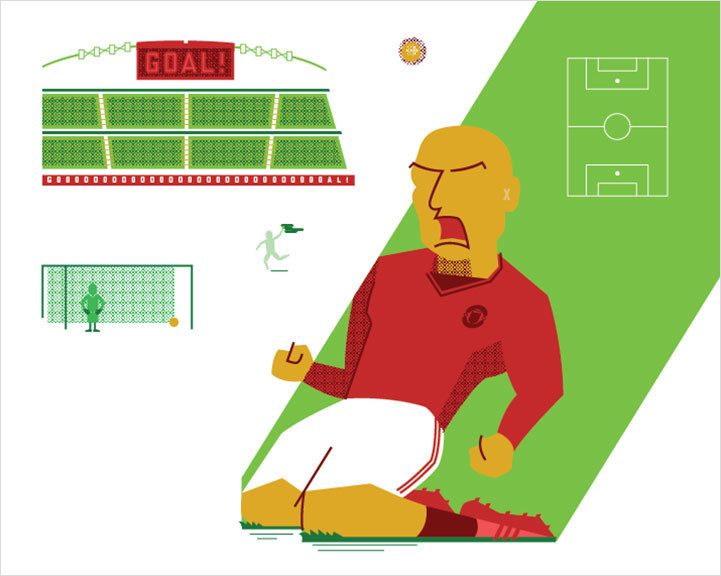 I started to build out my images in Illustrated. It was tough to get started. I was struggling with different illustration styles, and seemed to be working on a too detailed approach. I took a break, and setup a color palette based off a slightly salmon-y red. I didn't want to use a super bright, saturated red because I'd get stuck with all the primary colors and end up with a super intense final product. As I started to think in colors, the shapes started to build themselves. The restrictions really helped to start flushing out details and dimension. 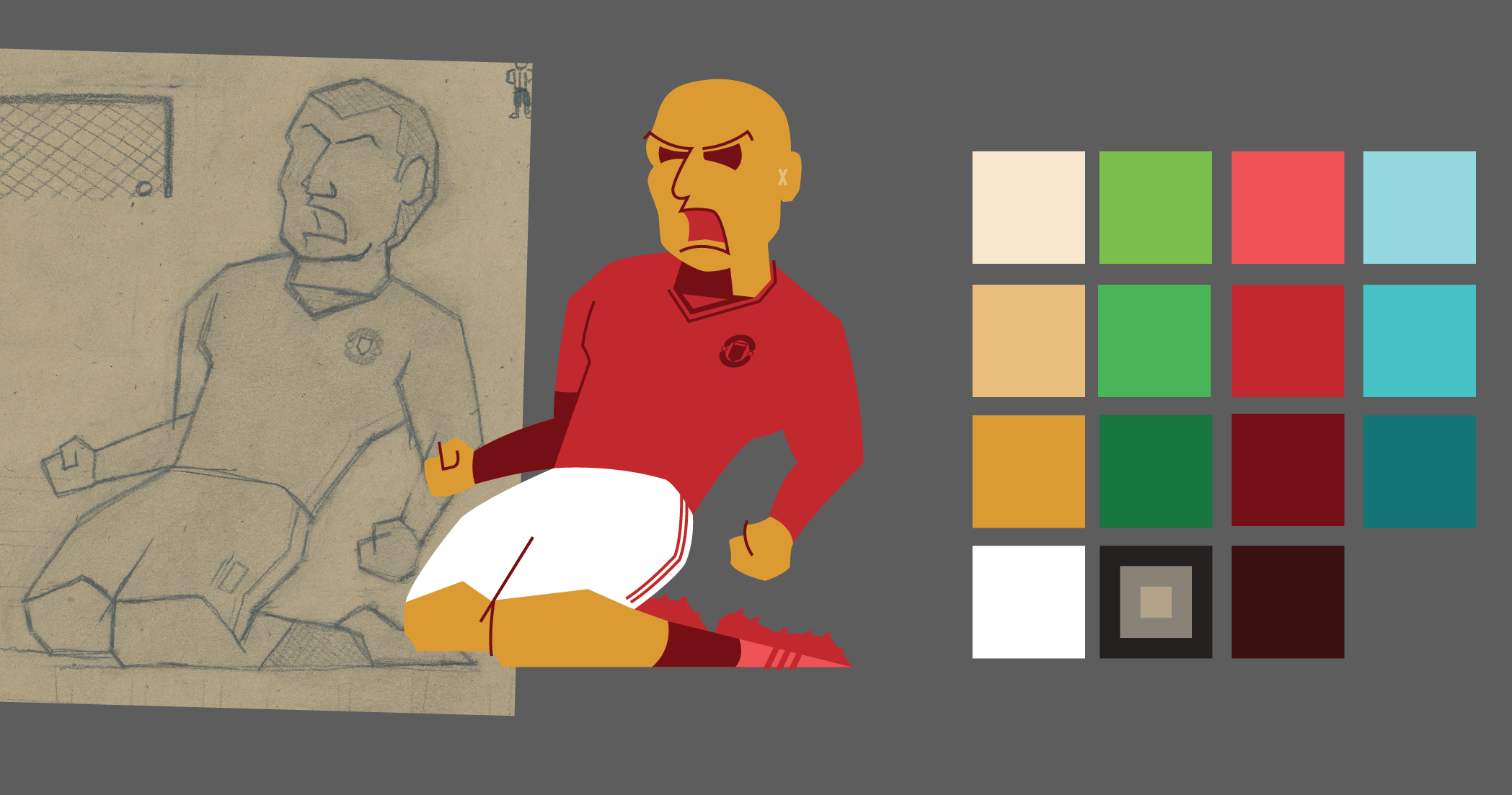 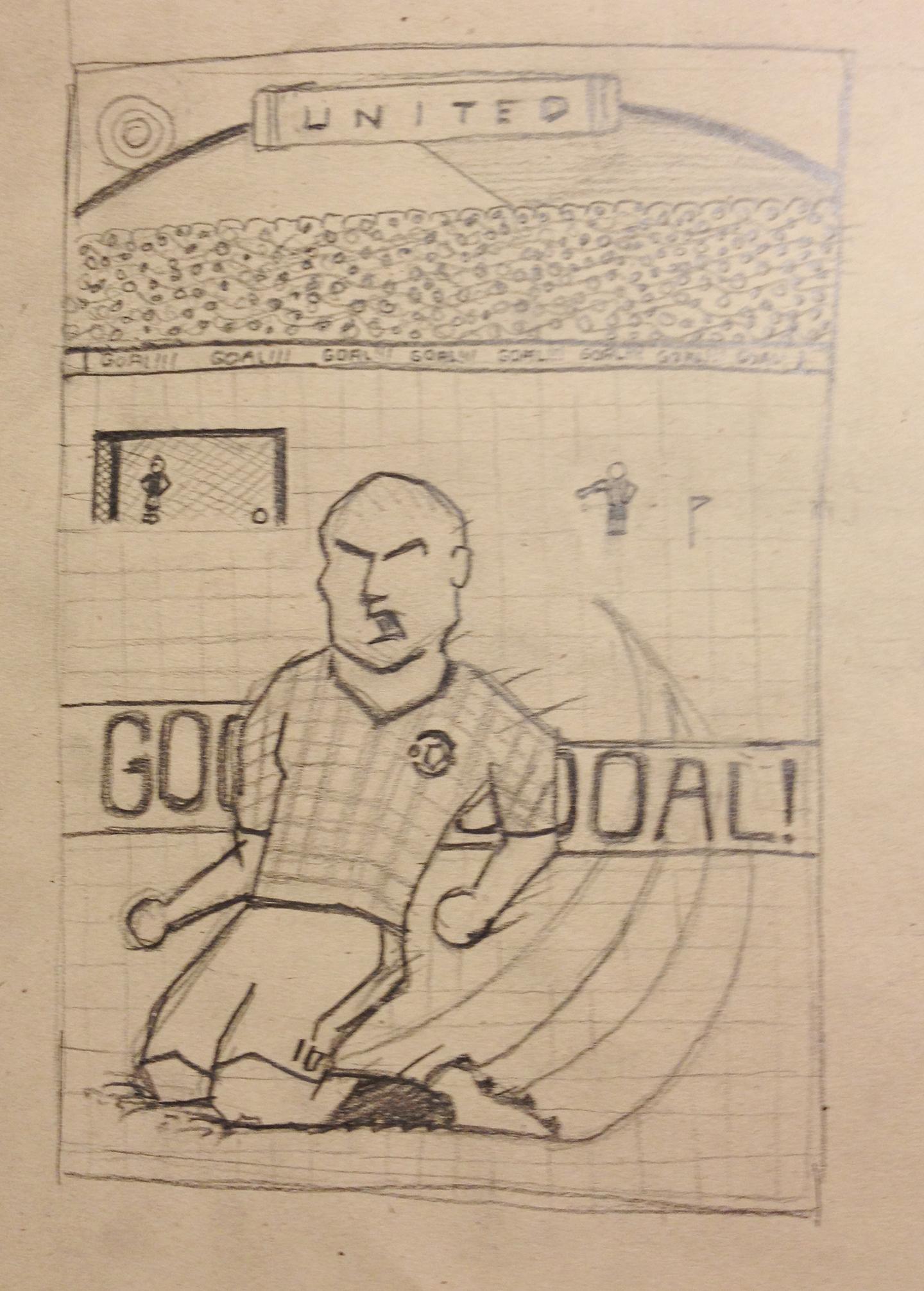 After watching the first tutorial, I set up a Pinterest account and started to amass a visual mood board of different elements I found inspiration in (if you'd care to check it out.). I hadn't done this before, but it really helped to my visuals all in one place. In looking at these images I found some interesting textures in the jerseys and grass that could be incorporated later down the road.

I'm a little unsure of the composition right now. Originally I was going to lay everything out on a grid and build different elements into a series of boxes (below), but it lacked focus, so I moved to this layout which has more of a hierarchy. I'm still trying to rework. I threw around the idea of working the main character into a landscape, and having some of the added detail elements to the right. 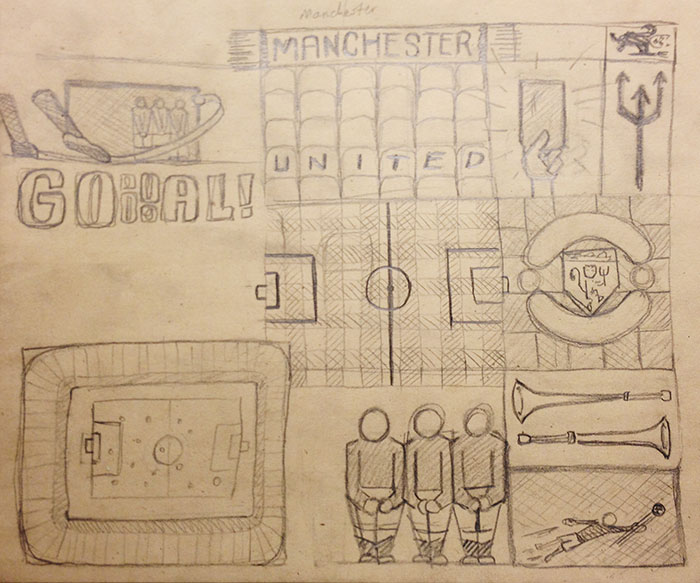