Mia Woods (18) : A restless yet quirky and spontaneous teenager about to finish sixth form. Often feels trapped by problems at home relating to her absent father and complex relationship with mother.

Toni Stark (48): Mother to Mia. Extroverted and intense yet this acts as front to ignore her past troubles with Mia’s father. Extremely kind-hearted and grounded. A lost soul still trying to find her right path whilst trying to be a good mother.

To move forward from past family traumas, to create a new life and rebuild the mother and daughter relationship.

Toni feels trapped by memories of Mia’s abusive father, her poor mental health means that she struggles to be an open and affectionate mother which means it's hard to move forward and rebuild a better life with her daughter.

Mia is unsure on what her path is for post-sixth form. She gets rejected from schools/opportunities which as a result makes her a destructive & careless teenager turning to excessive partying/drugs/skipping class . Her insecurities about her father not being around & unpleasant memories of his once presence still haunts her every now and then which makes it hard for both mother and daughter to process and move on as a pair.

The house they live in holds memories of the abusive father leaving the atmosphere to always feel stagnant & painful.

A mother and daughter try to rebuild their relationship and create a new future for themselves whilst dealing with the traumatic aftermath of domestic violence.

Daughter, Mia wants to move out after sixth form and create a new life from her dysfunctional one at home, her mother feels the need to keep hold of her in pursuit of trying to rebuild their mother and daughter relationship.

- Mia’s yearning & assertiveness to move out.

2. Mia wants to move out and start a new life whether it be at uni, living in a house share, go travelling.

The resolution: After Mia hits rock bottom with her recklessness getting out of hand, feeling like a failure and her love interest dumping her, she finds out she has been put on a waiting list for her dream school the following year. Her mother has already seen this letter and this bursts into an argument about their relationship, issues with the father, how Mia feels the house is like an omen. The argument calms down and they have their first genuine and heartfelt talk about their feelings, Mia and her mum decide that it’ll be a good idea to clean the house, throw out old memories, move furniture around and start anew during her last year at home. It starts to rain outside and jokingly Mia, grabs her mum and makes them both lie in the rain as an act of self-cleansing and having a fresh start. It’s a silly but sweet end representing that they still have a long way to go but this is the beginning of something positive. 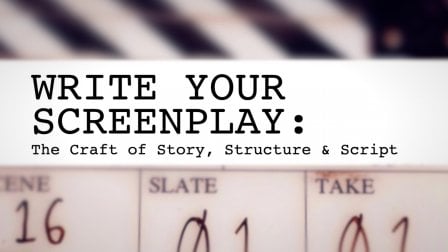