This thing is starting to drive me crazy - I've been looking at it so long I can't see it anymore. I took Brad's advice and added some more contrast. I think it's better, but the truth is that I could probably spend the rest of my life on this illustration and STILL not feel like I nailed it. I don't know that I'm DONE-done, but maybe I'm "done"...

Well, I took my sweet time doing it, but I finally finished my LOUD illustration. I still feel there's so much that can still be done, but I'm not entirely sure how to go about it - anyway, for a first try at an ambitious composition done in Illustrator, I think it's a big step. If anyone's still looking at this point, feedback is welcome!

I've made my bunny!

I have a closet filled with 70s-era button-down polyester shirts with aggressive colors and patterns that I've long since ceased to wear with even a shred of irony - so it's natural for me to think of "LOUD" as something that goes beyond the aural.

My ideas revolve around the notion that loudness doesn't give you a choice - something loud means that you have to experience it, whether you want to or not. This can be an imposition, but it can also be a stimulant - many people go to loud concerts because they take pleasure in that assault. So I wanted to play around with that ambivalence.

This sketch takes on the idea of being surrounded by loudness - the clashing colors and patterns with a single face in the middle, reacting to all of it. 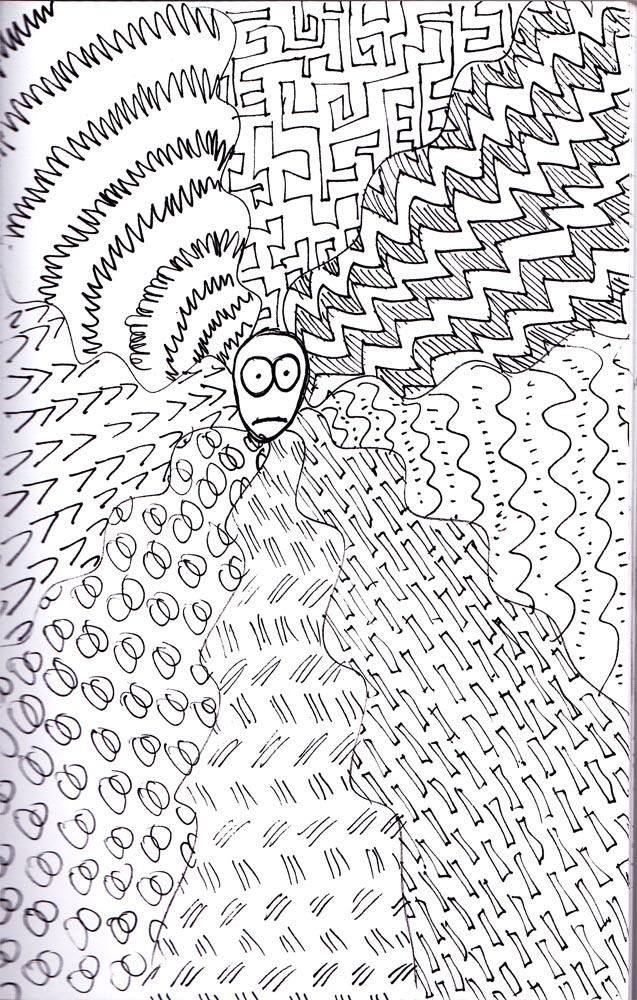 However, this concept doesn't quite play on the idea of aural loudness the way I'd like, so when I was playing around with other possibilities I was hit by the idea of a rabbit. Such huge ears must be especially susceptible to loudness - so at the moment, I'm considering mixing the sort of clashing-pattern idea from above with an image that would make a rabbit the sort of overwhelmed central subject: 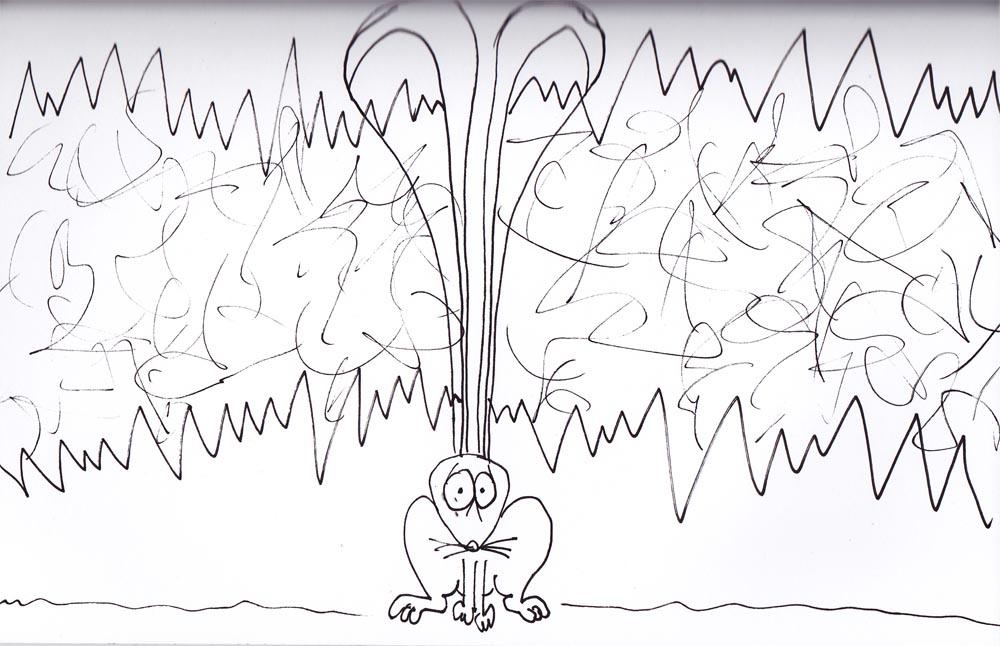 The squiggles are a substitute for the patterning in the top image. I like the bluntness of these two huge shockwaves surging into the ears, but I'm also considering having multiple waves/bolts/rays shooting in from various directions - not sure yet if that would mitigate the idea, but that's something I'd like to play with in the next phase. I do think this is a little too symmetrical, and I'd like to find a way to shake it up a bit - maybe I can ue the rabbit's positioning and reaction to skew the composition in a fruitful way...

Working through the composition a bit more. Spent some time playing around with my bunny - I like the ear shape and position on the bottom left best (denoted by the double-sided arrow): 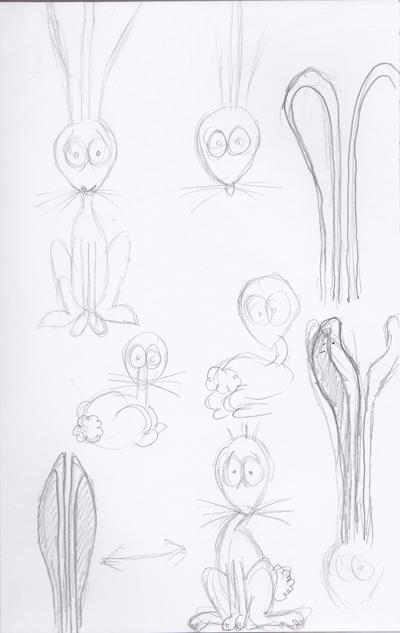 Trying to figure out the composition of the noise effects as well. I like the left side much better than the right - though I like the black cloud conceptually, I'm not sure how well it's going to work compositionally - a lot will probably depend on the colors used for all of these sections... 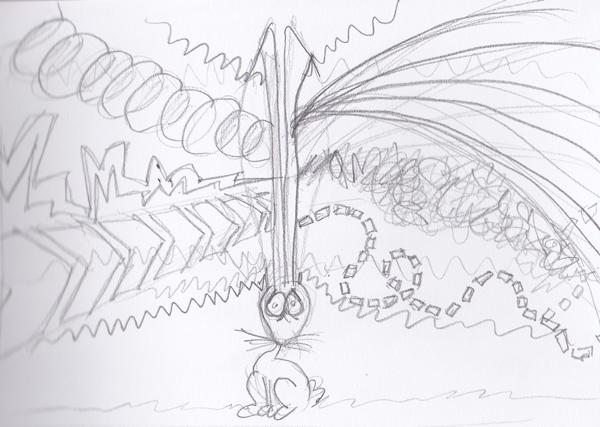 And now that I look at it, maybe the right side would be better off flipped, with the dotted line at the top and the sort of rainbow-horn-thing pointing up from the bottom right?