I Decided to make a concept character design for a fictional Video-game where the world has become one giant dessert.

I didnt use pinterest but instead collected pictures in the program 'pureRef' that i usually use.

First i did som basic shape/silhouets and then tried to decide on contrast as you mentioned. i actually wanted to keep it all very simple but ended up spending more time on it than i planed.

All in all i enjoyed your class and especially found the idea of making my character go "shopping" creative and very helpful :) 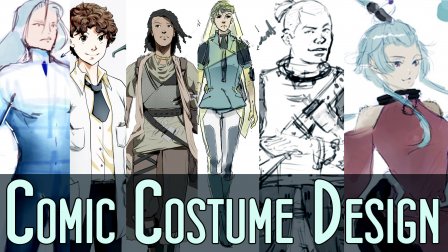