The instructions say be creative and tell a story, but my story is a long one so I will provide the story in a Q and A format to be very through and succint.

Q: What is Khaos Explained and where did I get the idea from?

Sorry, this will be a fairly wordy and round about answer.

A: In college I was a history major with a fondness for mythology of all cultures. My favorite stories are the creation stories, it is facinating how cultures create an amazing explaination for the reasons that their  world (environment, lifestyle, traditions, taboos) functions the way it does. One very interesting theme within creation stories is the Idea of chaos and order, or order from/ out of/ chaos. I think it is an extremly elegent  idea. Another aspect of the stories is an egg, or the World Egg (wikipedia has some really interesting info to provide an over view of the world egg concept). In those stories, order is always hatched from the egg, so I selected the chaos/ egg as my logo. It also personally identifies me. I am full of turmoil but when I do any form of artwork, it is usually very ordered and organized (not all the time, I was a mess in college, but I made decent grades). The explained portion is just a part of my design, but it does have a purpose.

Q: What is this logo for?

A: I know it will be the main logo design for my blog and whatever art work I put on my blog. But , I am still thinking about what else it will go on.

Q: Are you ever going to explain what "Khaos Explained" means?

A: Yes, "Khaos Explained" is my way of understanding who I am. I do lots of things, and I have many hobbies and they are usually very loose and there doesn't seem to be any connection to who I am and why I did them. Under my header "Khaos Explained", I can organize myself and finally figure out me. 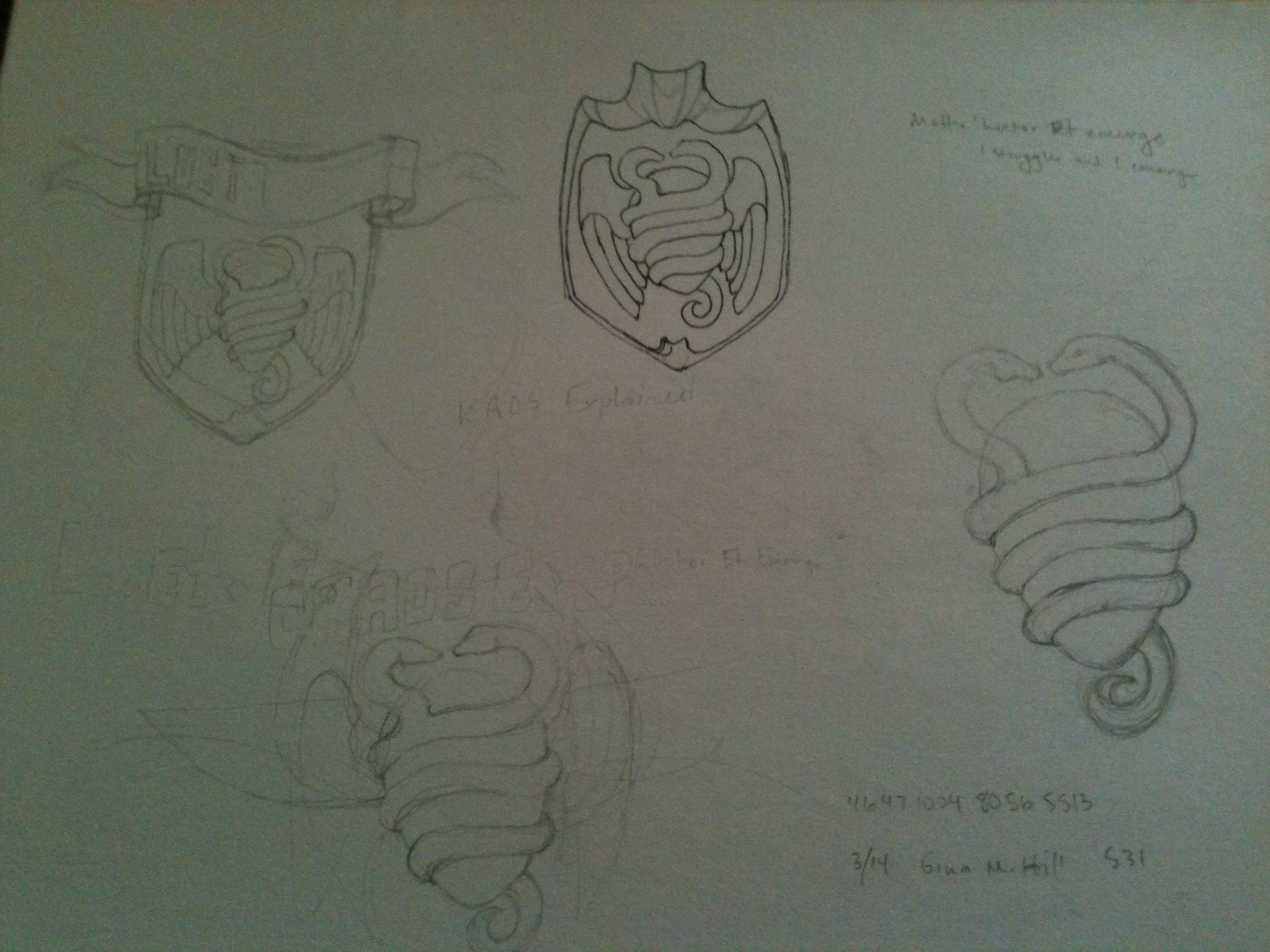 This is the first design. It follows the Orphic myth of the snake coiled around the world egg. I threw on some wings to try to add balance.

The second design (found below) I looked to China, found a character to explain Khaos or my ideas for its meaning. 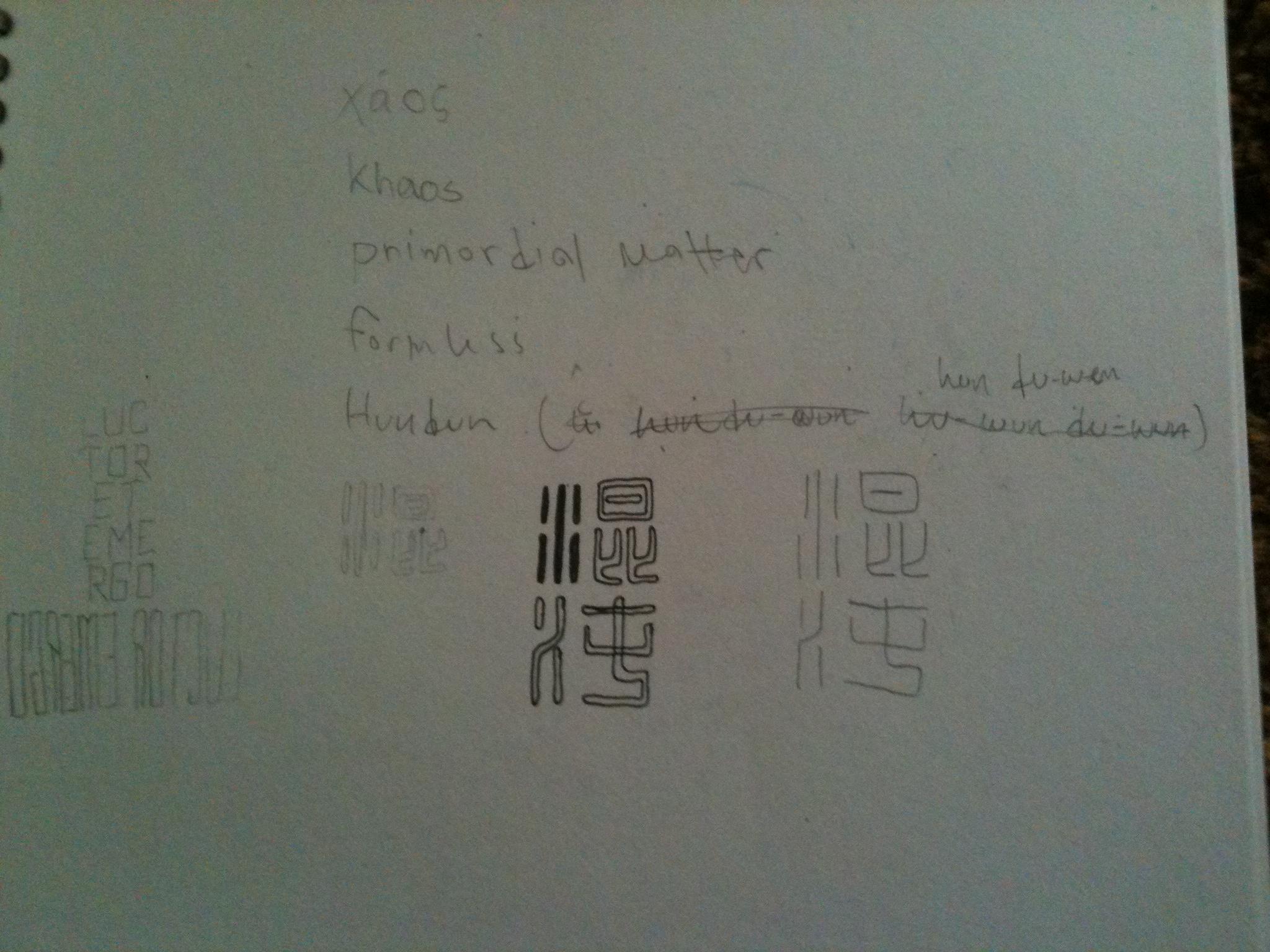 The characters in english are Hundun. It means "formless, primodial matter, muddy". The reason the one on the right is backwords is because I carved a stamp of it. It turned out pretty well.

The third image was me trying to simplify the snake coiled around the egg. But it just looks like an alien with eyeball headphones. 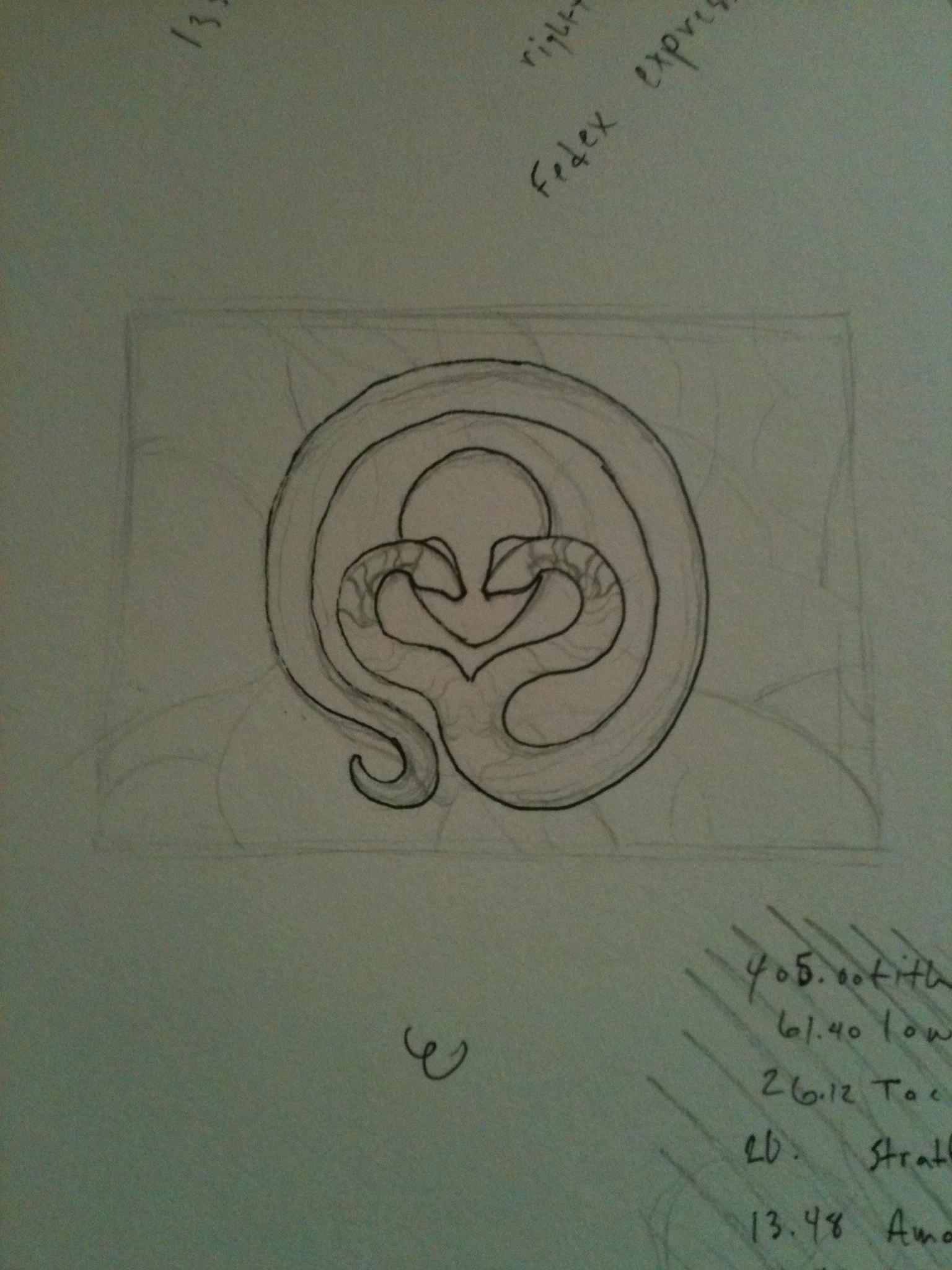 I don't really know what was going on in my head.

The fourth image started out with me trying to incorperate the snake coiled egg with the text but it didnt really work. Then I tried to blend the text into wings and that was a no. Then I tried to apply the word chaos (Khaos) directly into the egg and that worked a little better and then it just keep progressing. I think the issue with my image is legibility. 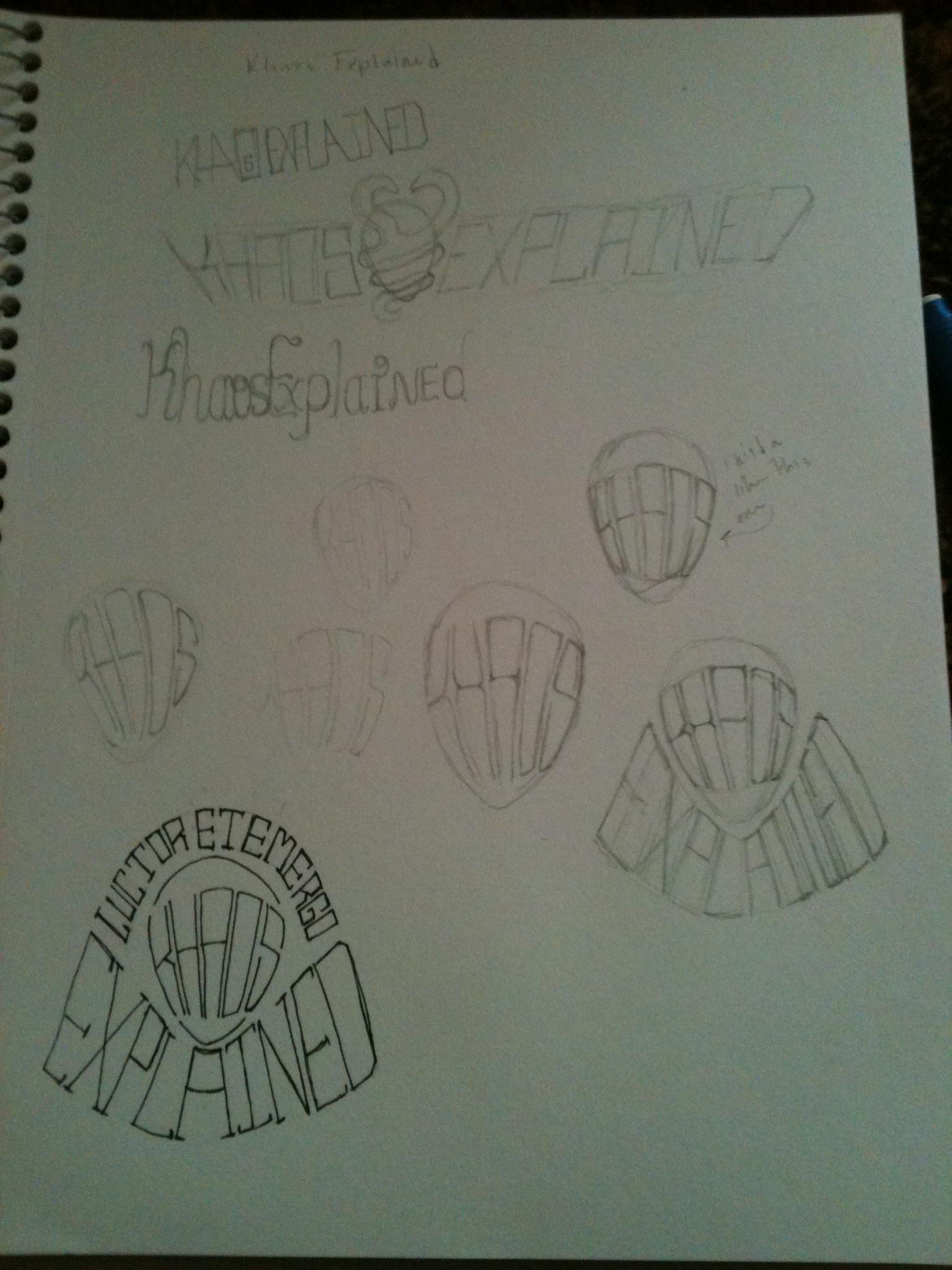 I like the last one ( the one in pen). I need to try to make it more uniform and rounded properly. The badly written latin is Luctor et Emergo: I struggle and emerge. Yes, I am a dork:)

I hope I posted this correctly.