Figure out a conflict and draft a story around it.

We’re in a city. In a small flat.
Our protagonist is waking up in the morning. Finding it hard to get up.
He snoozes his alarm clock several times before he eventually gets up and stumbles into the kitchen to make some coffee.
He puts a filter into the coffee machine and opens the coffee jar. it’s empty.
He sighs … turns around to get a fresh packet of coffee from the shelf.
he opens it with the kitchen scissors and fills the jar. He ads coffee to the filter.
When he trying to grab the coffee pot he realizes it’s not there … he sighs again.
He remembers last night, when he found it in pieces inside the dishwasher.
He leaves his home. Walking to his office. His Jacket wrapped tightly around his body. His shoulders are pulled up.
The streets are empty. Cafes are closed.
He arrives and opens the door. He rubs his cold hands. Then he switches on the lights.
He sits down at his desk and opens his laptop.
clicking around … he simply can’t concentrate …
then he reminds himself of something really important.
Coffee …
he get’s up and goes to his espresso machine.
he opens the coffee jar and sighs …
he swears …
he gets his jacket and walks to the next supermarket.
when he arrives at the shelf where the coffee should be he finds it to be empty.
next supermarket, same picture
next supermarket, same picture.
after several attempts he finally finds one last pack of coffee.
he goes to the cash point to pay. The cashier says it’s 8,99.
Our hero is looking for change … he as nothing on him.
He sais, „I’d like to pay with card, please“
The person behind the till points at a handwritten sign. Card payments accepted from 10€.
„you gotta be kidding me … Can you make an exception please? I’ve been running around town all morning to find some coffee …“
„yeah, coffee is rare these days … isn’t it?“ „It’s because of those hoarders … they just bulk buy everything … try to get your hands on toilet paper, mate … it’s as rare as gold …“
„Oh, come on! Give me a freaking brake“
„Sorry mate, I can’t do it. It says from 10€ not from 8,99. Deal with it or shop somewhere else. I didn’t make the bloody rules!“
„Oh well then give me some fucking chewing gum to go with it!“
„That’s only 85cents …“ the chashier grins … as he knows, he has the upper hand here …
„And this bottle of Wodka, too! I’m going to need that if the day goes on like this …“. He grabs one of the tiny bottles of wodka next to the till.
„That’s 13,25 then!“
„here’s my damn card, you can keep the non existent change …“
when he arrives at his office he opens a fresh packet of coffee and refills the jar.
he makes himself a double espresso.
heats some milk and ads the espresso to the hot milk.
He looks over his cup, inhaling the lovely fumes …
then finally … finally he can enjoy a hot and soothing cup of coffee. 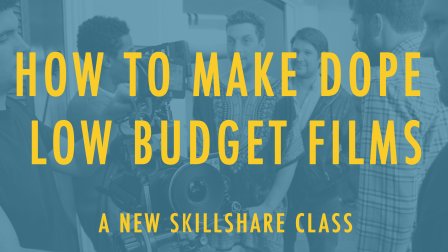