My apologies for the verbage if it has offended anyone, a little typography inside joke.

Didn't get the time in with this project like I thought I would, but I'm pleased with the sketch at least, minus some minor space/alignment issues which I feel I can adjust when I take it into Illustrator. Eventually... ;)

The more I look at this the more I dislike the "your". I like the contrast between "kern" and "shit", but the "your" seems off... 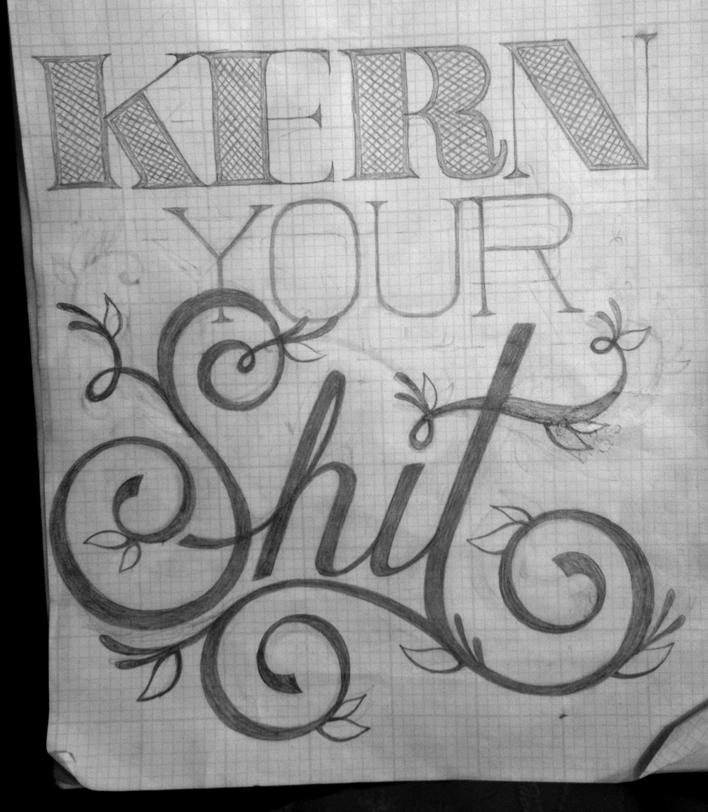 A bit late to the game, and only a partial phrase (I ran out of lead) but I thought I'd upload my first attempt at a sketch so as not to be TOO far behind.

I like the contrast between "kern your" and "shit", but in the name of balance I definitely need to make the top words smaller in relation to the bottom word. Even though I've drawn it about 8 times now, the "N" looks off...? 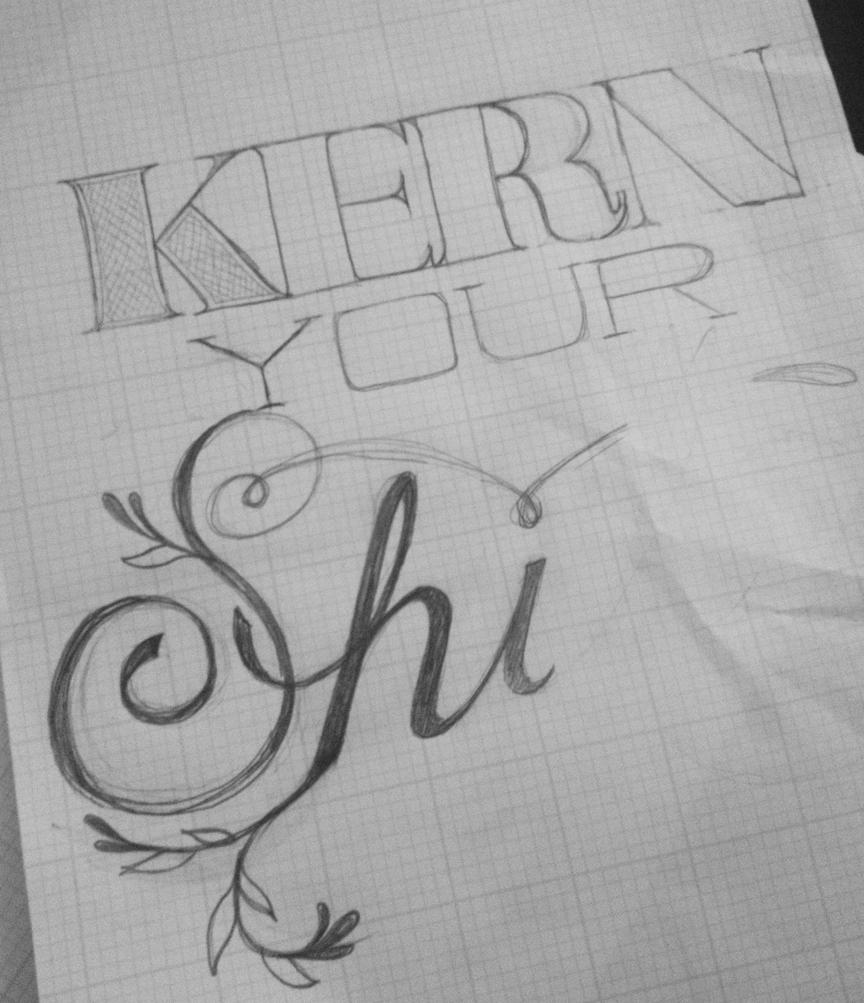