The City of Kentwood is one epicenter that in its history of Great Grand Rapids, has never hosted any fine or performing arts events, until now.

Mayor Tom Randall, who also serves on the City Hall Board of Commissions for Kentwood says, it's been something that is long overdue, considering surrounding municipalities already have fine arts establishments. Kentwood voters originally put in 1.86 million for contractors to bring in the needed supplies, while the Board of Commissions realized that there was an equitable facility already, at 6444 Kalamazoo Ave. SE. A building adjacent to the East Kentwood High School Administration.

The facility will house a 2,000 seat, 1-balcony auditorium, with a 100-foot stage, a 25-foot extension, professional lighting and sound, and a "black box" for smaller productions.

The construction modifications are said to be getting underway by March 2019, for carpeting, roofing repairs, technology upgrades, buses, and a conference hall. 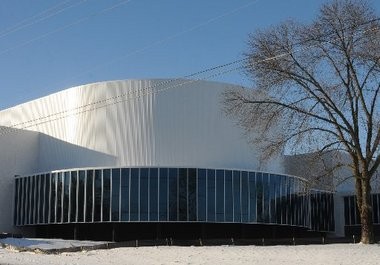 Kentwood has witnessed a total revitalization of its Kalamazoo Avenue businesses, from 60th Street to 76th Street, with the development of property, since the Family Fare Supermarket and the Biggby Coffee outlet centers both grew in tenants, between 2002 and 2012, alongside the Meijer grocery center that sits south from M-6, which exploded overnight, with outpost tenants.

Leanette Bailey has been hired as a director for the performing arts facility. Among her duties will be the management of the facility alongside its operation budget, and outside donations and public support.

For decades, the school district has relied on its high school auditorium as a setting for its concerts. Scheduling will be handled efficiently to avoid any overbooking and to ensure adequate seating. The KCA will house more than stage and music productions. A variety of student and local art will be on exhibit, with displays changing from time to time.

A permanent sculpture exhibit by Dr. Ryan Dodde, of Grand Rapids, will be premier at the open house on Monday. Called "Students Of The Arts," the display will be at the front of the facility and portrays five students demonstrating fine arts.

The KCA May calendar is already packed with eight music and stage events by the high school and junior high, from Dec. 4 to Dec. 16. For a full calendar of events, visit kca.org/superintendent's blog.

The performing arts facility is expected to be finished by March 2020. with open houses scheduled from 2-5 p.m. Sunday, March 3; and 7-9 p.m. Monday, March 4. There will be a ribbon-cutting ceremony at 6:30 p.m. Monday, before the open house.