I picked this JetBlue ad which is a fairly recent ad but it clearly is meant to have an old school feel to it. I picked it because while it seems pretty simplistic, I still think there are enough complicated elements to make the whole project challenging since I've never used Illustrator before.

First pass using just the pen tool to create the forms for the main bridge section as well as the clouds. Each of the clouds is simply 50% transparent now which doesn't create the effect in the original but assuming I can fine tune that later when I learn more. 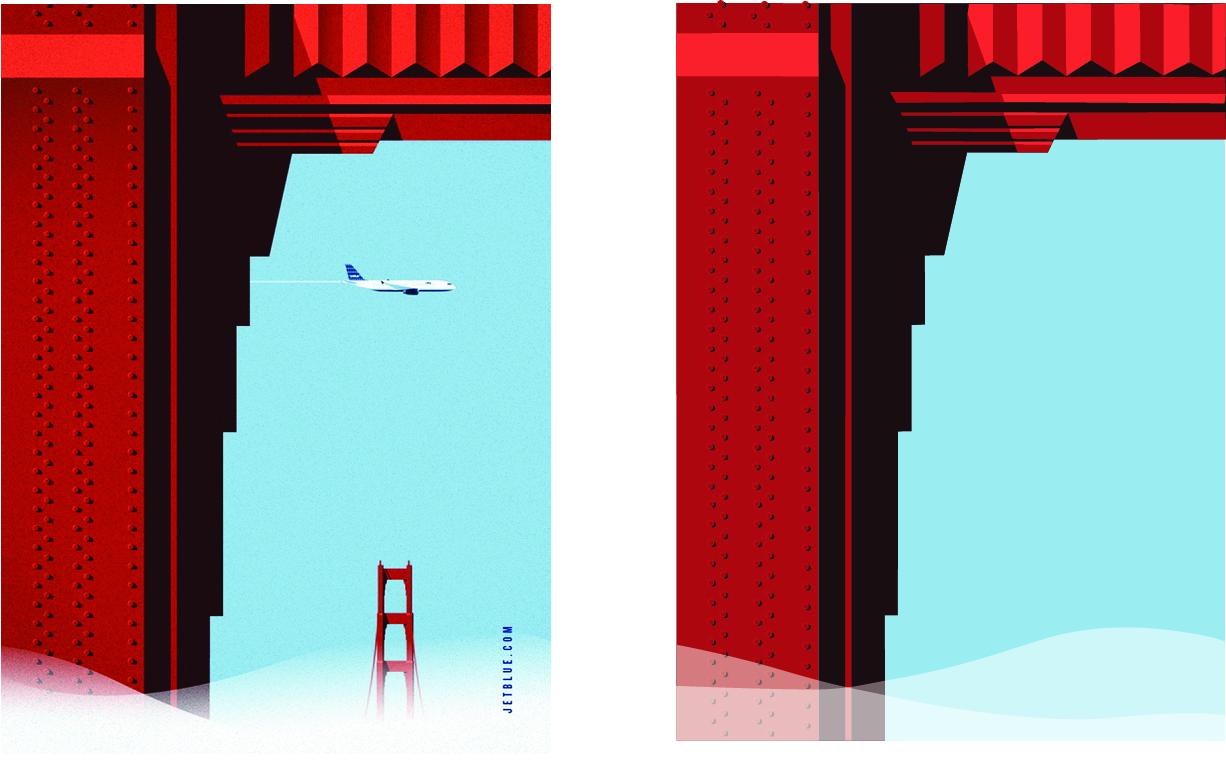