Starting off my project with the Camera Rollette warmup, and will be updating as I go along in the other exercises!

This photo shows the inside of Jay Maisel's former residence on the corner of Bowery and Spring in lower Manhattan. The mysterious building would surface in the news every few years, as passers-by pondered what might be inside.

The exterior completely covered in graffiti and seemingly abandoned, the building's story always surprised internet-wanderers when they discovered it was actually home to renowned photographer and Art Directors Club Hall of Fame laureate, Jay Maisel.

Jay lived in this 35,000 square foot, 72-room mansion with just his small family, and kept it mostly secret to the public eye for decades by allowing the city's artists to paint a camouflage shell around it with aerosol and wheatpaste.

(I assume he just gave up trying to keep it clean after the first several attempts.)

Long story short, Jay recently sold the building for $55 MILLION. He had originally purchased it in the 60s for roughly $100k. Reports say they're turning it into a bunch of retail stores. Because we needed more shopping in SoHo.

In terms of what disruptive idea this could turn into? A few thought starters:

More ideas to come as I work through the other exercises!

Would love your feedback (Ivan + fellow students) on the notes above – feel free to drop a comment below and we can brainstorm together. 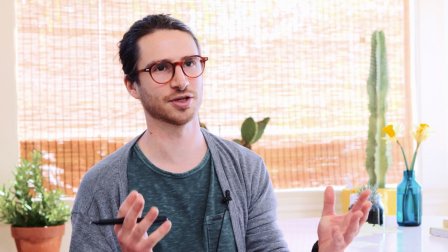