It's Autumn in Summer, let's have a gratin dauphinois!

The weather has felt more like October than August lately in Dublin, so I took advantage of learning this first class, a first assignment/project and the cold weather to make a French classic I love: gratin dauphinois.

As a food photographer, I feel like I need more experience when it comes to preparing and styling the shoot so this project was perfect to test myself.

I first thought about my subject and this dish sounded appropriate (for any one who has been to Ireland, you'll understand what I mean..). It is warm, rustic and pure comfort food to me. I thought about the props I would use to translate that dish into beautiful clean images (white, off white, cream colours for the modern clean touch, and wood and burlap for the rustic one; you'll also see I added my personal little French touch).

I also created a shots list and a storyboard: 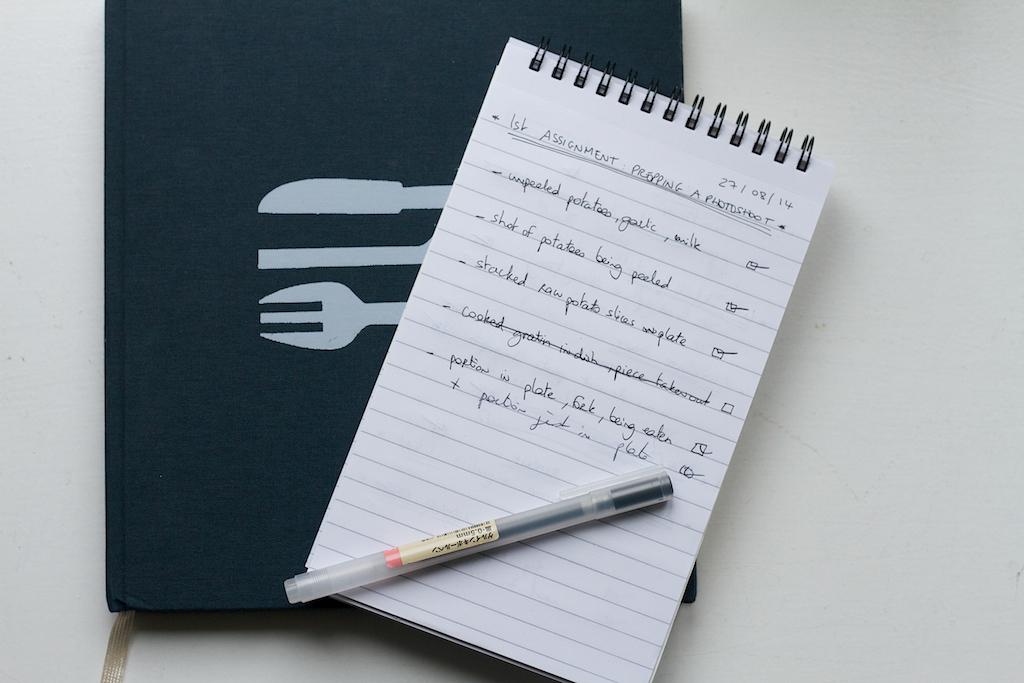 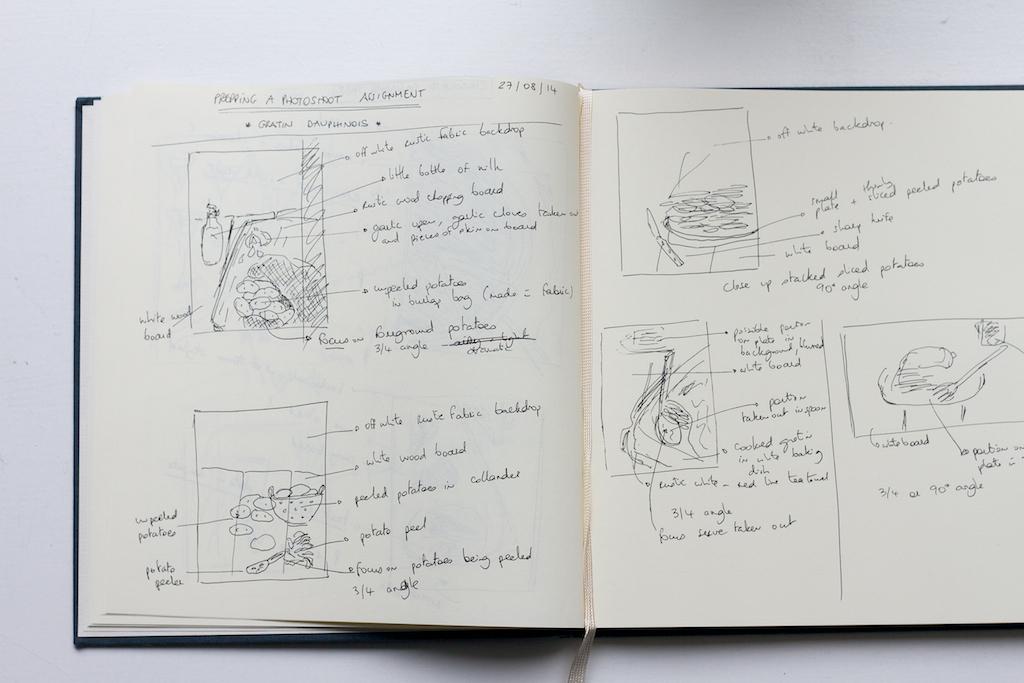 My next step was to set up my little 'studio', consisting of a white wood board, off white/cream backdrop, install my tripod and camera. I moved on to preparing the ingredients in the different stages I wanted them.

I started with a shot of the main ingredients: potatoes, garlic and milk/dairy (there is also a lot of cream in the recipe but mixed in with the milk so stuck to milk for the purpose of the photo) : 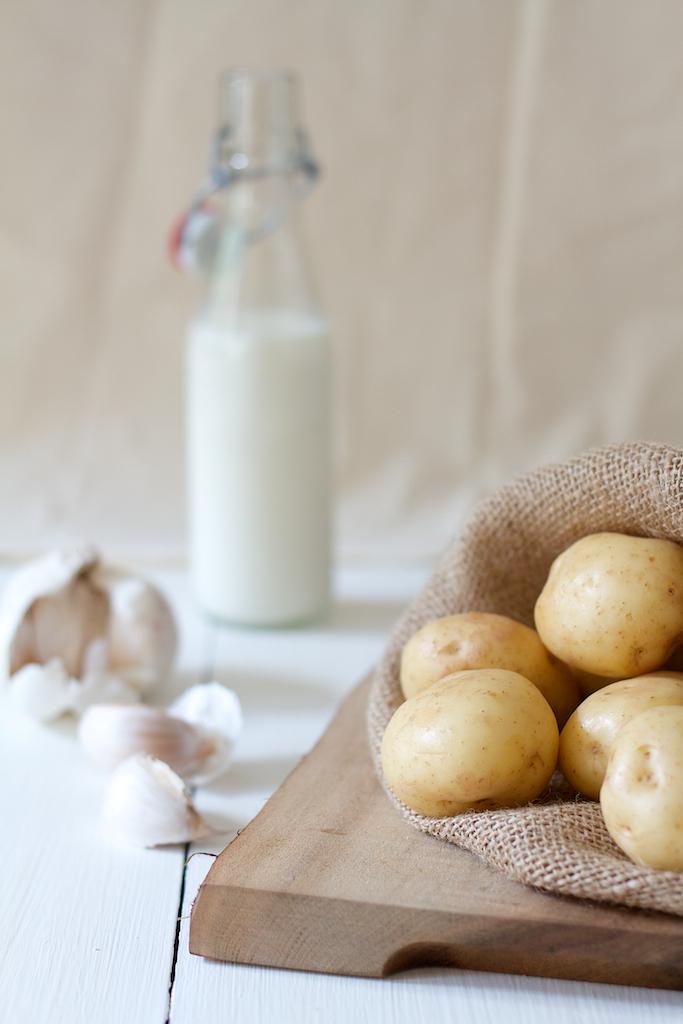 My second shot focused on the potatoes, the step where they are being peeled: 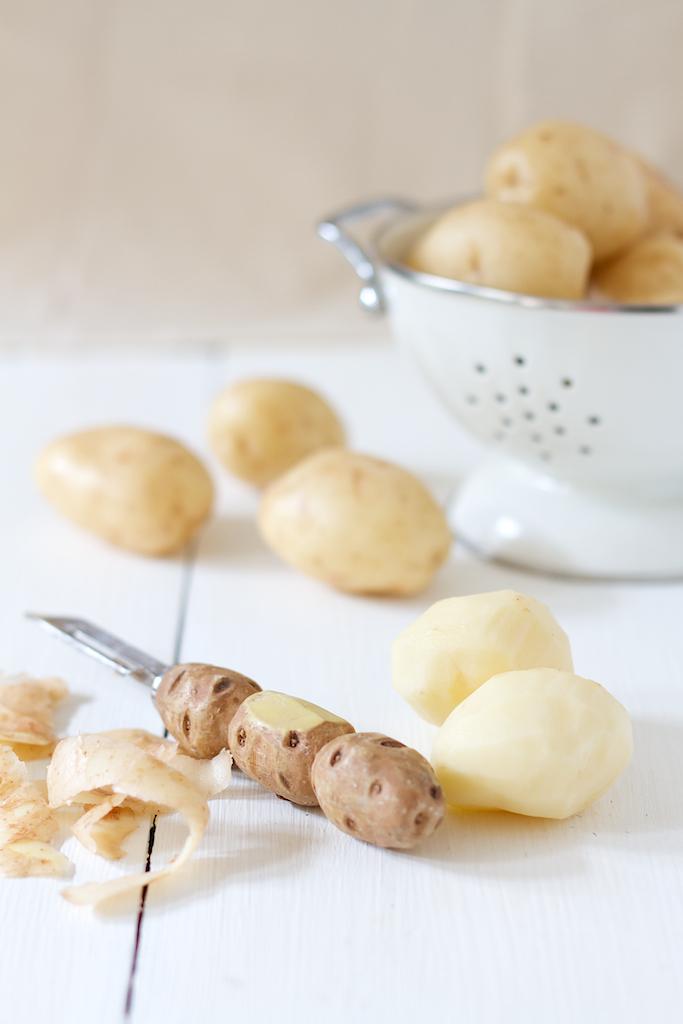 For the third step, I wanted an image of the sliced potatoes before they are cooked, as I like the lines on thin potato slices (on my storyboard, I had decided on a plain image with just the potato slices but as I shot, I added the bottle of milk and garlic for a bit of detail, and also they were going to be all thrown in the pot together, so it made sense that the ingredients were back together): 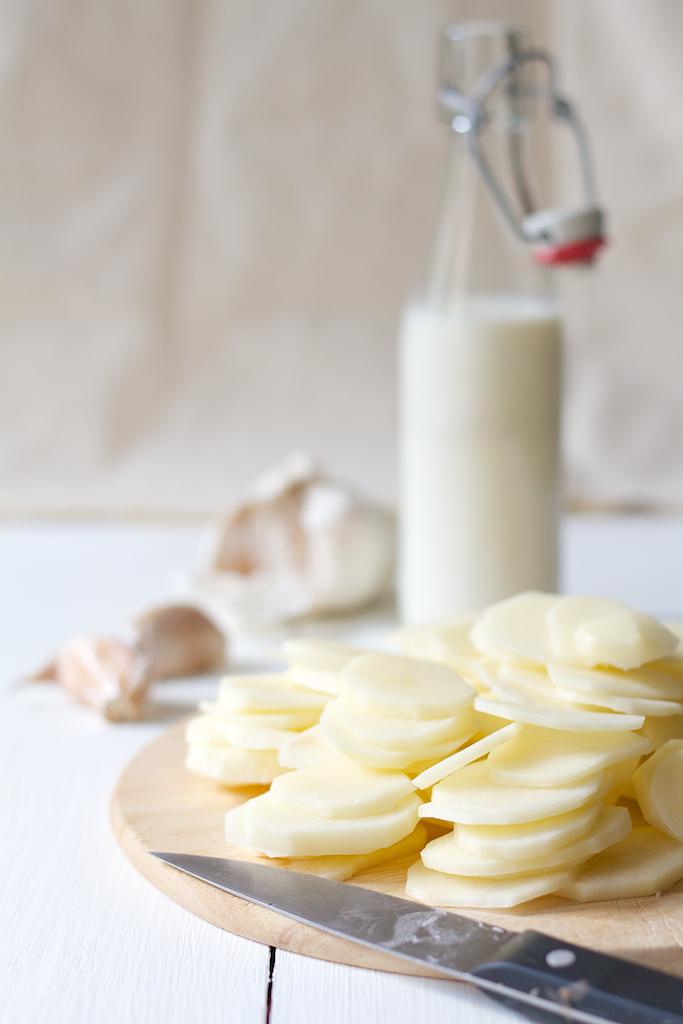 I was going to take a photo of the gratin dauphinois itself all nicely golden on top in the gratin dish, but as it happens, I was a bit heavy handed on the cream/milk mixture (yep! When you're French, this happens a lot, with cheese and butter as well..) so I wasn't happy with the look of it in the dish, there was no way to get that nice shot on a portion taken off in the dish. Instead, I went with two shots of the portion of delicious gratin on a plate.

The first one, I didn't have another human being on hand (I usually do a fair bit of work with a food stylist so I use her for those type of images), so I used my little stripey French self on the image (had timer on delay). I don't really recommend this as it was tedious but that was my 'replace that too creamy gratin shot' moment (plus, I got to add the French touch to that classic dish): 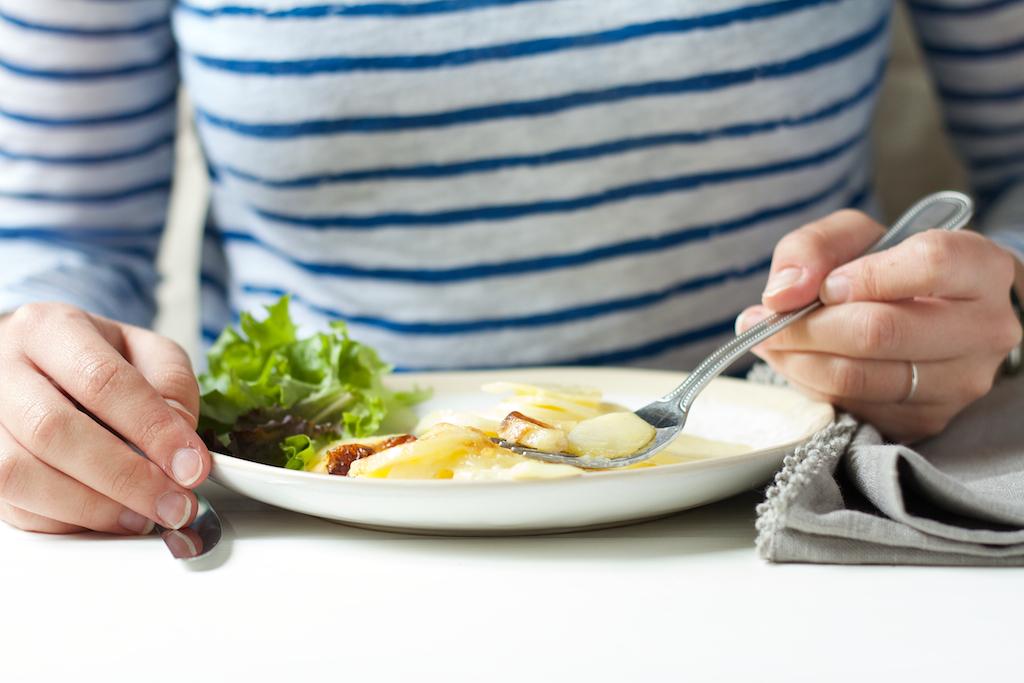 Then, I went for the portion on the plate shot, simple, no extra props, and from a different angle I had planned: 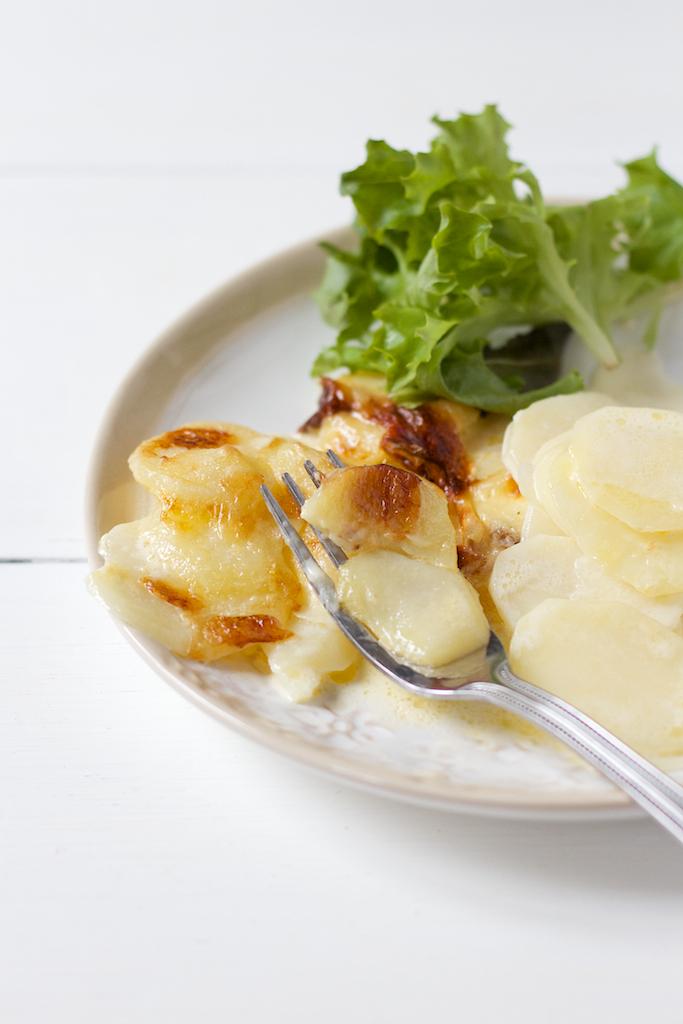 I feel like I definitely learnt a lot with this first class on prepping the photo shoot. It's extra skills like those that I badly need and want to focus on.

I will appreciate any feedback, merci! 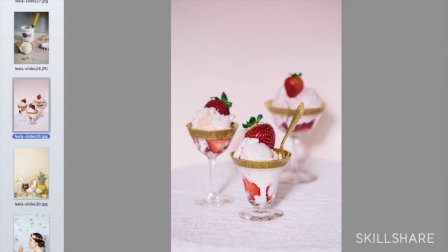