I have made macarons a few times using the French method, but this was my first time making them using the Italian method.  They came out okay, but I had some issues with my sugar syrup and I think that is why I didn't get great feet on the macarons and why they were more wet and dense than the ones I have made in the past. 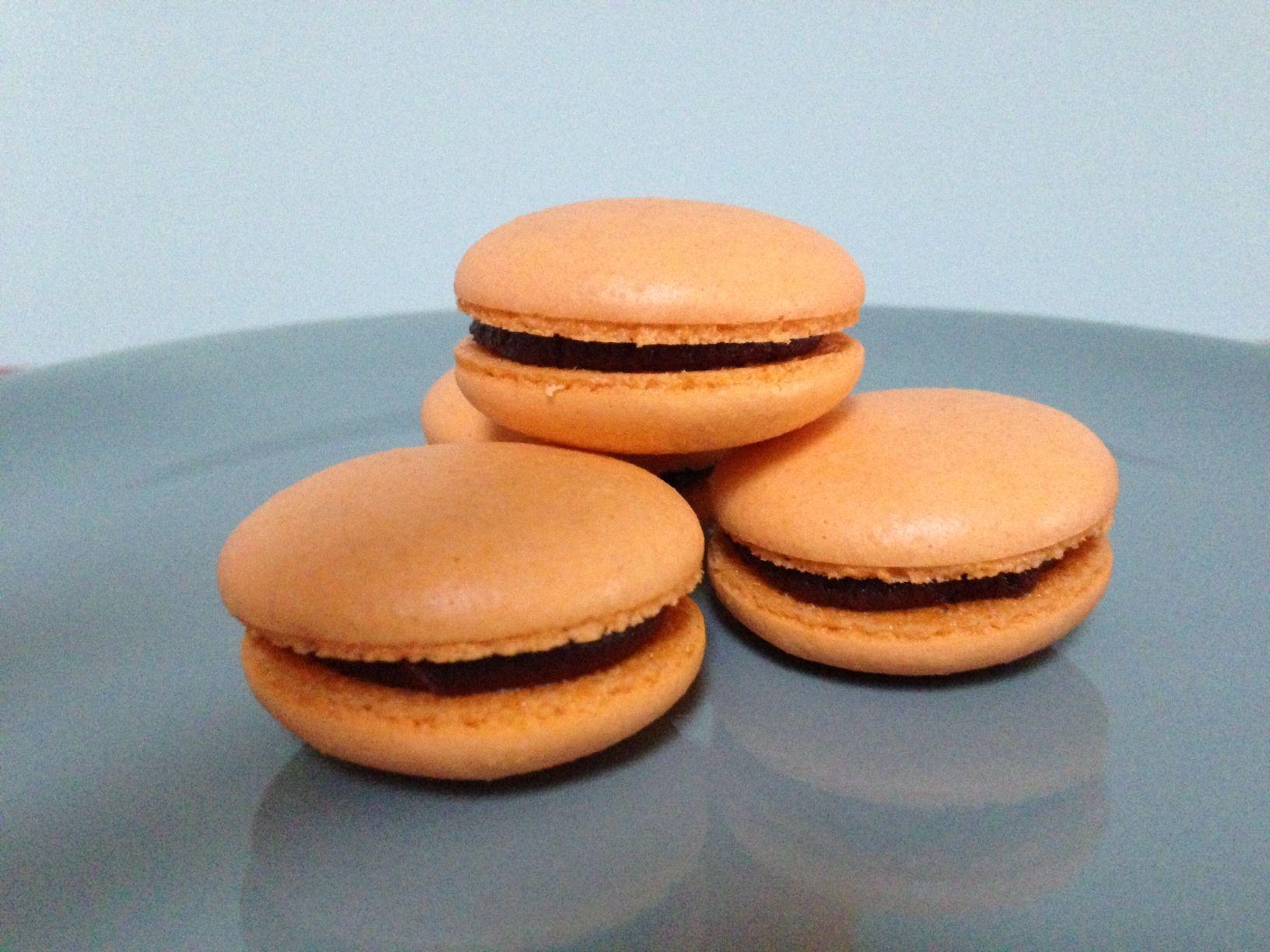 I made only a half batch because I can't eat that many macarons myself and almond flour is expensive.  Consequently, I think I didn't have enough liquid in my pan for the candy thermometer and it would not work.  I had to guess at soft ball stage.  I think I was close, but maybe not quite on the mark.  Then when I poured the syrup into the mixer, way too much ended up on the sides of the bowl/still in the pan.  Ultimately, I don't think I got enough sugar into the meringue, even though I did get nice stiff peaks.

I made a simple ganache and that turned out fine.  I also was really glad that my shells were nice and smooth, as I have had problems with the little point that forms on the shell when you pipe them.  So all in all, not my worse effort, but I'm not sure that the Italian method is a good option for a small batch like mine.

One of the worse batches I have made was a couple of weeks ago and I am posting pictures in the hopes that Kristen can tell me where I went wrong.  I *think* that I didn't let the shells dry enough and that is why they cracked.  I tend to have to wait hours for the shells to dry out.  Even last night, which was a dry and windy day where I live, I had to wait almost three hours between piping and baking the shells.  Any thoughts? 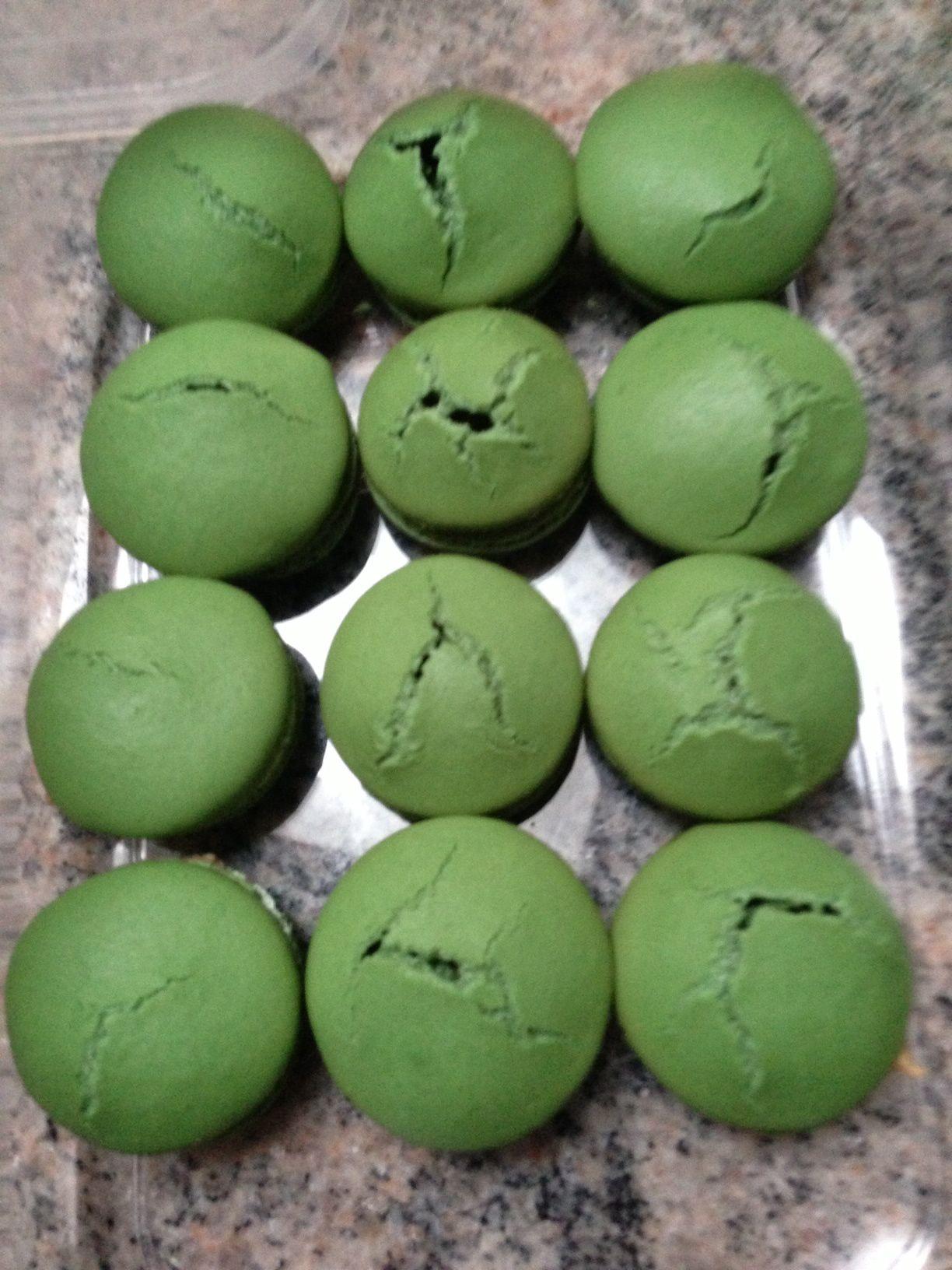