I decided to go for snowy landscape for this project, other elements I've included are a watchtower (that has seen better days) and what appears to be a strangers hiking gear/set up down below.

I had a little difficulty with the lighting as I originally wanted the scene to take place later in the day or at night, but I couldn't quite get the scene to work.

I had a lot of fun with this project and the tutorial was well worth it just to learn about the array modifier which I didn't know about before hand and I'm glad I do now as its one of the most useful tools.

This scene was rendered out using Eevee:

Here is an alternate version of the scene rendered out using cycles: 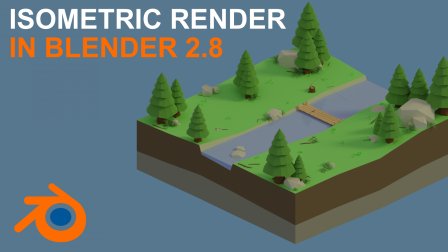 How to Make an Isometric Render in Blender 2.8
Tom Hanssens