I decided to do a logo for an Irish tavern because 1. They are some of my favorite places to eat & drink 2. I've been to Ireland so I might have a little more background knowledge for this design and 3. I love drawing Celtic knots and thought it might be fun.

Did a little research on animals of Ireland and found one common critter there is the "stoat" which is the Irish weasel.  Apparently it is very common there and sounded like a good fit.  Especially because it is an animal I've never heard of anywhere else so "The Irish Stoat" would have a unique ring.

Some research on the animal (though I also looked up just weasel since they look nearly identical), and Irish and Celtic designs which have an iconic look that definitely screams "This is an Irish Pub".

After a bunch of sketching, I found it was actually quite challenging to get something that had the Celtic look & being iconic, while not being too cliche.  I'm not sure I really achieved it...  But I did try and use some of the gestalt principles, namely "continuation" and "figure/ground" by drawing the stoat using the circles of the Celtic knot.

Even as I was typing up this post, I realized that if I made the green a little darker and less saturated it might look more professional. I think it's definitely close, but maybe not quite there. 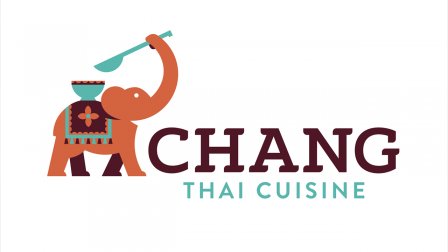