Heh, when I started this project I reached for a note I had in my phone that read "leaf blower on roof as vacuum". I've really been wanting to draw this image I saw on the way to work around dusk....I swear while I was stuck at a red light I watched this man vacuuming the leaves off the  roof of his home. Okay, so since I can't draw a funny bone I started off with these doodles and let them kind of steer the start of this...

My background in school was mostly in photography, sculpture and installation. I find myself interested in protagonistic props or environments that that leave viewers questioning if an action is about to occur of it has already past. - After I started sketching  I began thinking about the smaller character as somehow being both toddler and young adult in his anticipation. The taller effeminate figure would also act as both mother figure and love interest. The action I was interested in was the suggested eye contact, be it the physical in the small character or mental in the effeminate. I also liked that the action of peekaboo from childhood had the potential to become an even more affectionate act in adulthood as the actions is placed onto others. Wow, I wrote too much...it's totally because my strengths are nowhere near drawing/painting and it's making this class scary LOL. I'm hoping I can tighten this up to have a bipolar read that could sway more toward it feeling like the small figure is nervously slouching in awaiting approval of his gift of affection.....while having it come after the large figure has passed him....he remains unnoticed, until she is caught at the beginning or end of a deep sigh recognizing a shared love.

Well, that's kind of where I am right now... big THANKS for checking it out and sharing your projects ^__^ 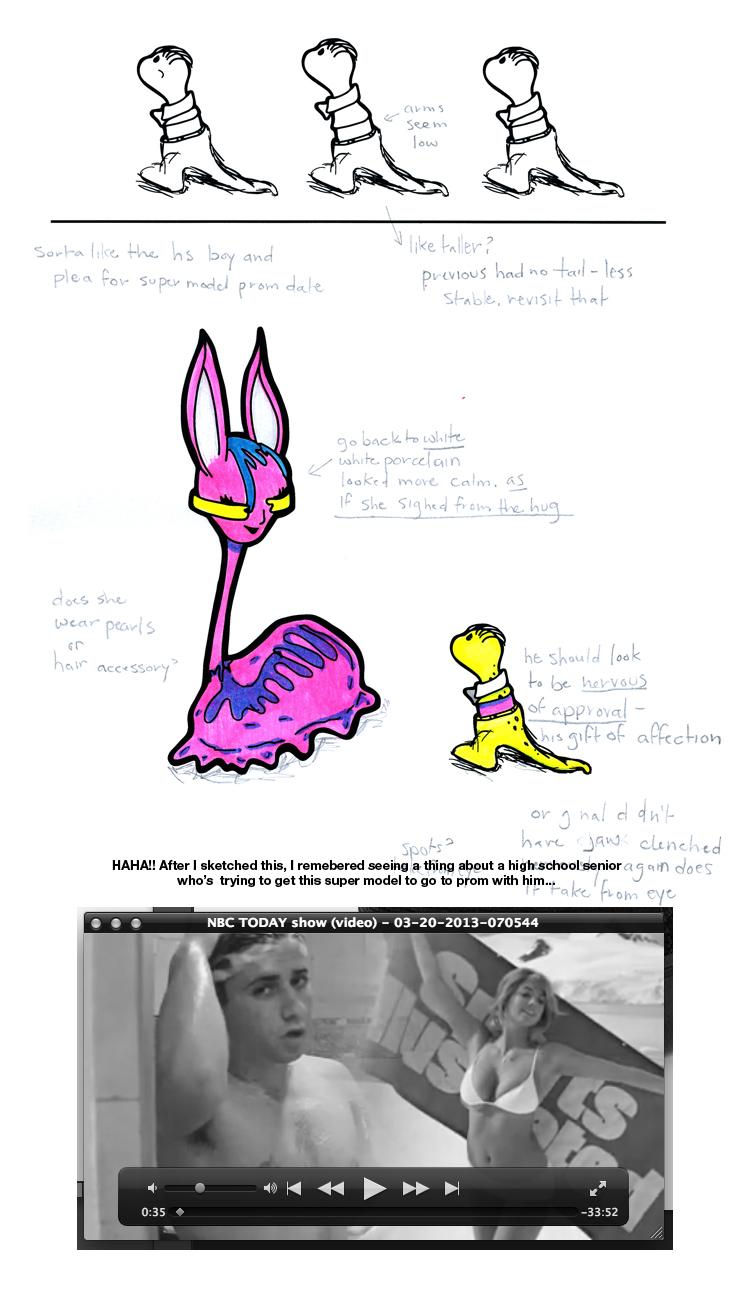 I sorta want to remove the tail from the little guy to make him more off balance, but now that I see it in yellow he looks like an unconscious Woodstock knockoff LOL.