Since I discovered this course today, I thought to humor myself since I am one to just leave newsletters, spam and generally anything else in my inbox unread. It's a a horrible habit but I am starting to adjust my individual lifestyle which I will end up using my email more. If I worked on this email habit, I'll feel more welcomed to check my inbox over just making a new email. I've never really implemented rules before and didn't know you could make it into a formula until Alexandra had instructed about it. I'm completely winging this.

Problem: I end up signing up for deals and coupons thinking hey it will just be one email. No harm in that, right?! However in a span of 24 hours, I will get about 20+ emails from companies about their products and scuff it off thinking I'll do it later.

Prediction: Majority of the inbox will probably be caught by the 'unsubscribe' rule.  My guess would be 87% if I were to put a percentage on it though I'm almost leaning to much higher.

This is the start, or where I've left my decaying inbox for this experiment. Keep in mind, the previous clear out was far worse so there are still newsletters and other general spam that need to be unsubscribed too.

After establishing seventeen rules, I was able to take back my personal email. I'm sure I could condense them more with the duplicates of similar rules by doing an OR statement but it doesn't bother me since I never really need to deal with the filters after setting it up and tweaking them. The whole process took me roughly three hours. I also saw systematically how some companies bypass the "unsubscribe" term by using "safeunsubscribe" or "currently registered to receive emails" or "no longer wish to receive emails" or "opt out" avoiding the simple word like the plague. The unsubscribe filter took roughly 6,900~ out of my original unread count. I couldn't grab the exact amount since I had more 'read' emails that applied to that filter as well which ended up being roughly 8,000~ that filter picked up.

With the unsubscribe label, I embedded Amit Agarwal's unsubscribe Gmail plugin so now unsubscribing is automated on my part. Thus, even though I signed up for newsletters I never really have to worry about unsubscribing which goes back to my level of having to care for my inbox besides answering personal messages. Right now, the excel has reached up to 1,248 rows of emails it has tried to unsubscribe too. I'm not sure how many are technically duplicates, but it's getting there. I'm sure if I find out I've unsubscribe to something I didn't want to I can always tweak the filter later and resubscribe. However, I'm a fan of this automation.

As of right now, the only emails I'm receiving since last night has been when one of the unsubscribing plugin fails to opt out of the email. I've also updated the background of my Gmail to have a new clean appearance.

Woohoo. I can officially call this a successful mission. 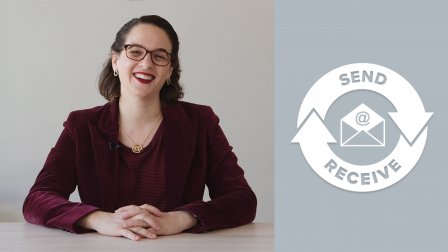