In The Eyes Of Beasts And Men

A collection of shorts and flash fictions, fantasy and contemporary horror, asking the question "Who is the real monster?"

...Sara tasted the bitter falsehoods on her tongue that had set them on this course, yet even now she did not dare speak the truth. She didn’t dare say that it was not the beast who’d harmed her that evening coming home from visiting her parent’s graves. They would call her a witch and say it was her familiar for why it had left her untouched.

But when the great beast had loomed over her, its muzzle dripping with her fiancé’s gore and eyes alight with the fires of the pit gazing into her soul, Sara had not seen the devil burning in those eyes.

No, she had seen the devil in the eyes of the man, in the tankard of rum that slurred his speech and turned his hands into fists, in the sharpness of the blade that had sliced her cheek and cut away at her dress...

...Now he, Merrick, would end the Dragon Wars once and for all and free his people from the plague of these beasts. He set down the torch and hefted his ax, thinking of how he would be depicted in palace tapestries alongside the greatest heroes of all time. He cleaved his way from one cluster of eggs to another, the great warrior hacking through shell and flesh and bone. Once he’d dispatched these demon-spawn, he’d set a trap to lure the mother.

He would need a trophy to bring home. Coming on the last egg, a thought occurred.

If defeating a dragon would bring him glory, then what of conquering one? Not the adult of course, that monster would have to be destroyed. But a baby, if he could break the beast and train it… With a dragon brought to heal he would be invincible, the greatest warrior ever seen. He dropped the ax and drew his short blade to cut the little monster free.

As he cut at the egg contemplating the glory he would bring, suddenly he could see the shadow of the baby dragon through the shell. A sudden light behind him outlined the squirming thing. He turned to see the source an instant before flames engulfed him.

The old mother moved through the cave, her eyes burning with white hot rage as she took in the shattered remains of her young. She raised her head and let loose a cry that resonated in the obsidian glass walls. Not the roar of an enraged beast, but a musical cry laced with deepest pain. Her sorrowful wail rose to a crescendo and then cut off abruptly as the smallest of sounds pierced through it. Her eyes snapped to the fractured egg with the human’s blade still embedded in it. From within the thin shell a much smaller voice echoed hers.

The chirp of a baby dragon was like no other sound, both melodic and primal.

The mother nudged the egg and blew her hot breath over the shell, encouraging the babe to push itself free. The shell split along the crack that the human had already made and the hatchling tumbled out. Its wings did not unfurl as they should have and its colour was far too dull, the skin soft with scales that had not yet hardened. The youngling had not been long enough in the shell.

Old mother’s heart ached for her murdered brood, and this little one who may be crippled and could still yet die, but it needed her care and that was all she knew. She nudged the hatchling towards the charred remains of its siblings’ murderer, purring to the babe, letting it know that it was safe and encouraging it to eat. They could not stay here now and he would need all the strength that his premature body could muster.

This too young chick was her kind’s last hope for the future. 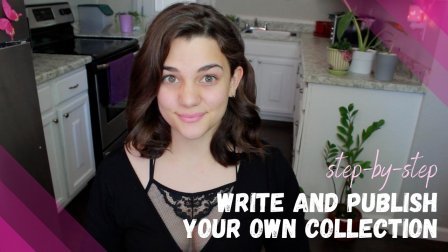