In Case of Snakebite/ Wander & Wonder

When I saw on the emalco website the light blue tended to speckle after firing, I fell in love.  I wanted something delicate and and pretty with an edge, and snakes are my thing....

This was a laborious and strenuous project.  I'm completely new to illustrator and I found myself fighting with the most basic selection tools.  Any idea why once two separate images overlap you can't select or move just one of them without moving them all? Or why image trace seems to import and exaggerate imperfections in the drawing?  Anyway.

The quote is attributed to W.C. Fields, but cannot be fully attributed to any single person (there was a famous lawsuit over this joke; a New Jersey writer successfully sued Fields for a gag based off this joke but it's unclear if the wording of the joke originates with Fields or the other fellow; that's why I decided to leave off any indication of who said this--if you look it up, you'll find several variants of the same idea).  It's not from a movie, or book, or any of his other works as far my research has shown, it's just a thing that people said that he used to say.  **shrug**  I've always preferred whiskey to coffee, in any case.

At this point Ai completely decided to stop being cooperative with me.  It wouldn't even let me select this page as save for web; it selected a totally different page at random. The above is a screenshot.  I'm telling you, I am not a fan of illustrator so far.  It seems to arbitrarily decide if it wants to select what I'm trying to select or not depending on if it's in a good mood, which so far mine is not.

I had fun drawing the emalco logo as an acorn.

Turn down your lights where applicable 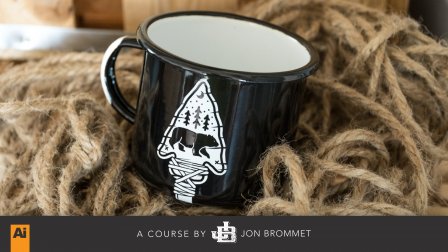