I decided to design a poster for the Imagine Dragons concert at the House of Blues, in Chicago, IL. I chose this band because I really like a lot of there songs off of there new album, Night Visions, especially “It’s Time.” I chose the concert location because it is taking place where I live, in Chicago.

While researching the band and watching interviews I learned that they seem to be really down to earth, cool, nice people which made me want to chose them even more. I also like the creativity and concepts behind their album artwork and music videos. I also like the message they stand for which is “to take the pain they've each experienced in life and spin it into something redemptive and uplifting.” Another quote from the band that I liked was, “We hope it inspires others to create, and push through their own struggles.”

The name of their new album is “Night Visions,” which came from the fact that many of the songs on the album were written late into the night and some of the lyrical themes came from dreams and nightmares. This is also where I got the idea for the concept of my poster.

The concept of my poster is to create a surreal location for the concert, like one that would take place within a dream. The idea is that the band is performing on top of a huge tree, that is overlooking the city. The crowd would be surrounding them on the ground and buildings. The band would also be at the base of the tree with their instruments on the other side of the tree. Also they are performing two nights so I will be creating two posters. One idea is to do one full image and split it into two posters or do two posters one showing the top portion of the scene at a distance and the other a close-up of the bottom portion of the scene. Hopefully that explains the sketches below. 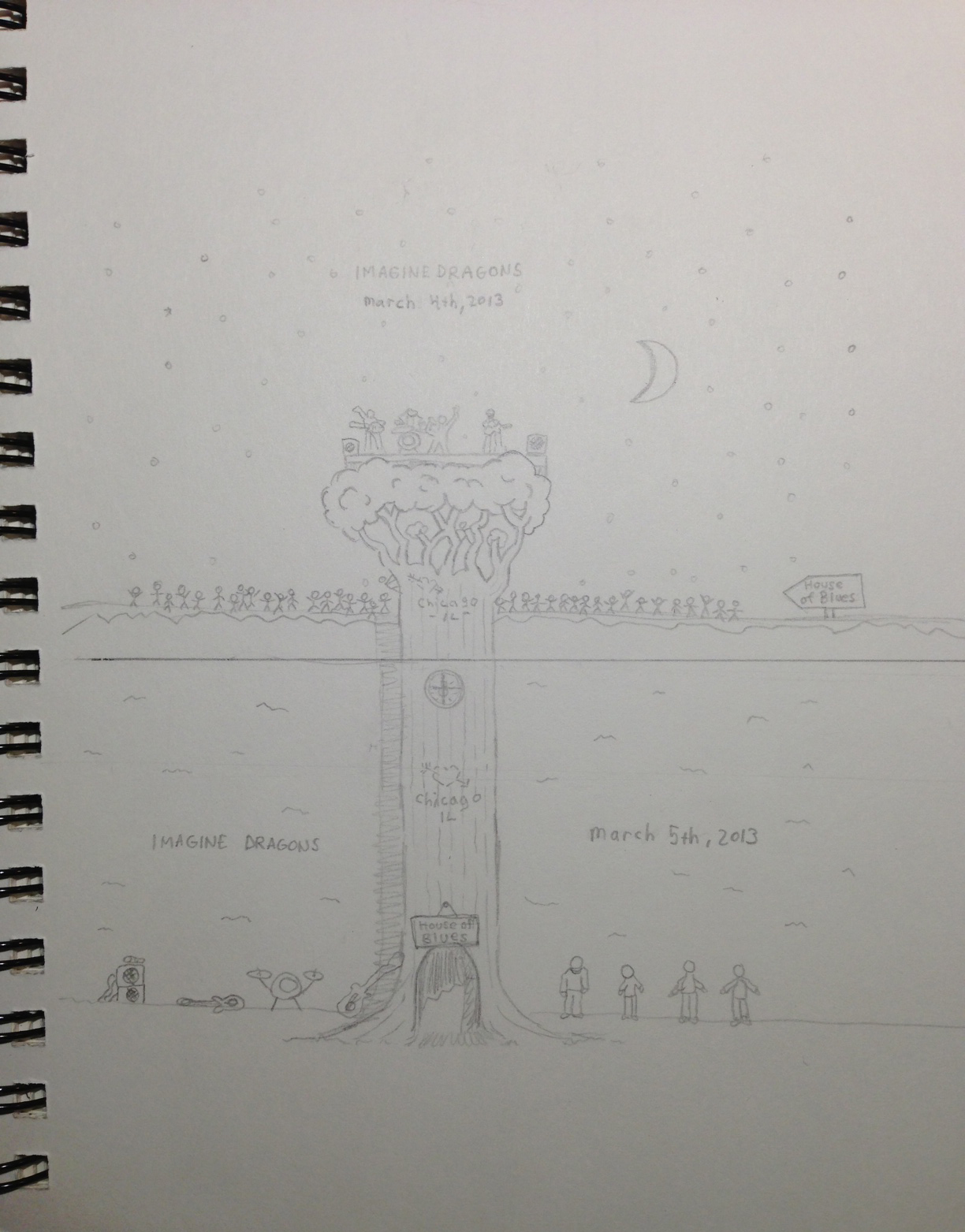 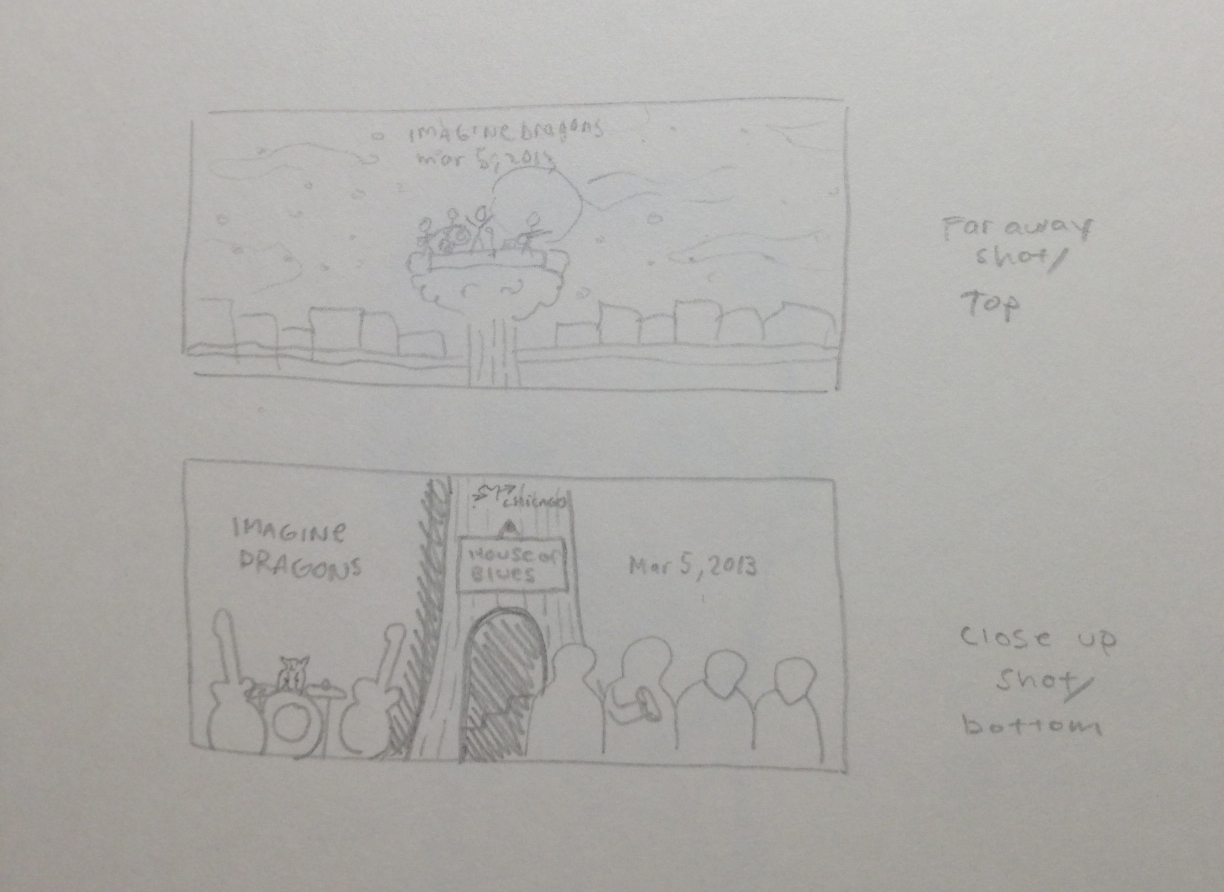 I want to create an illustrative/cartoon like style for the poster. Below are some examples. 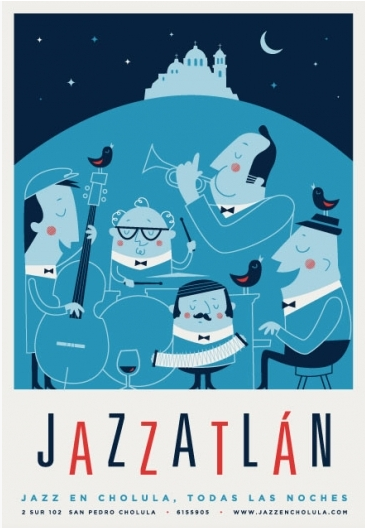 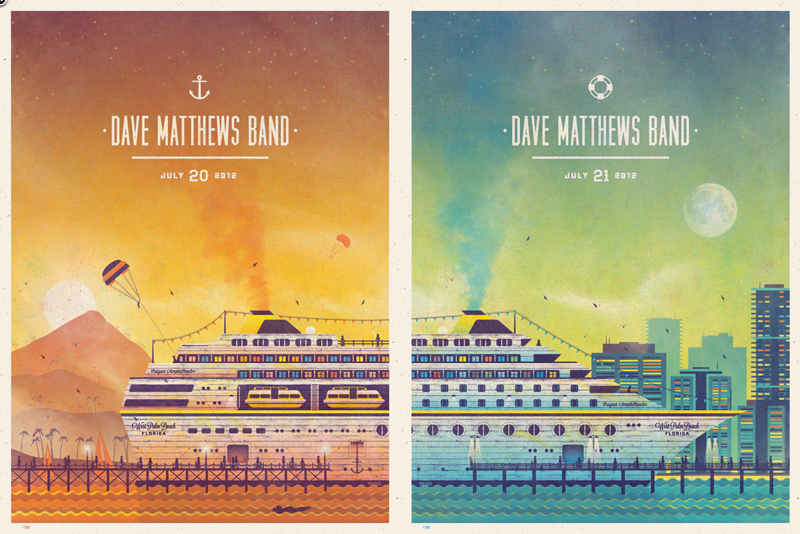 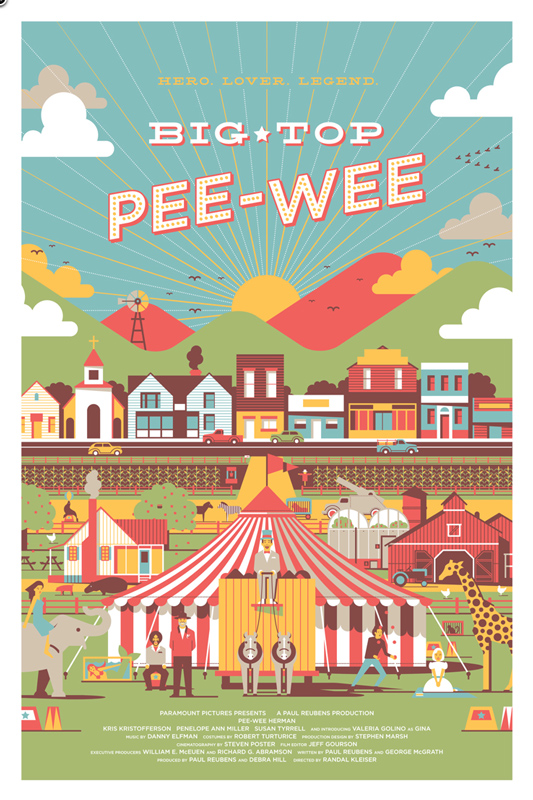