I began with making a map of ideas. You can see which ones I faltered with and which ones I was able to develop a bit more. 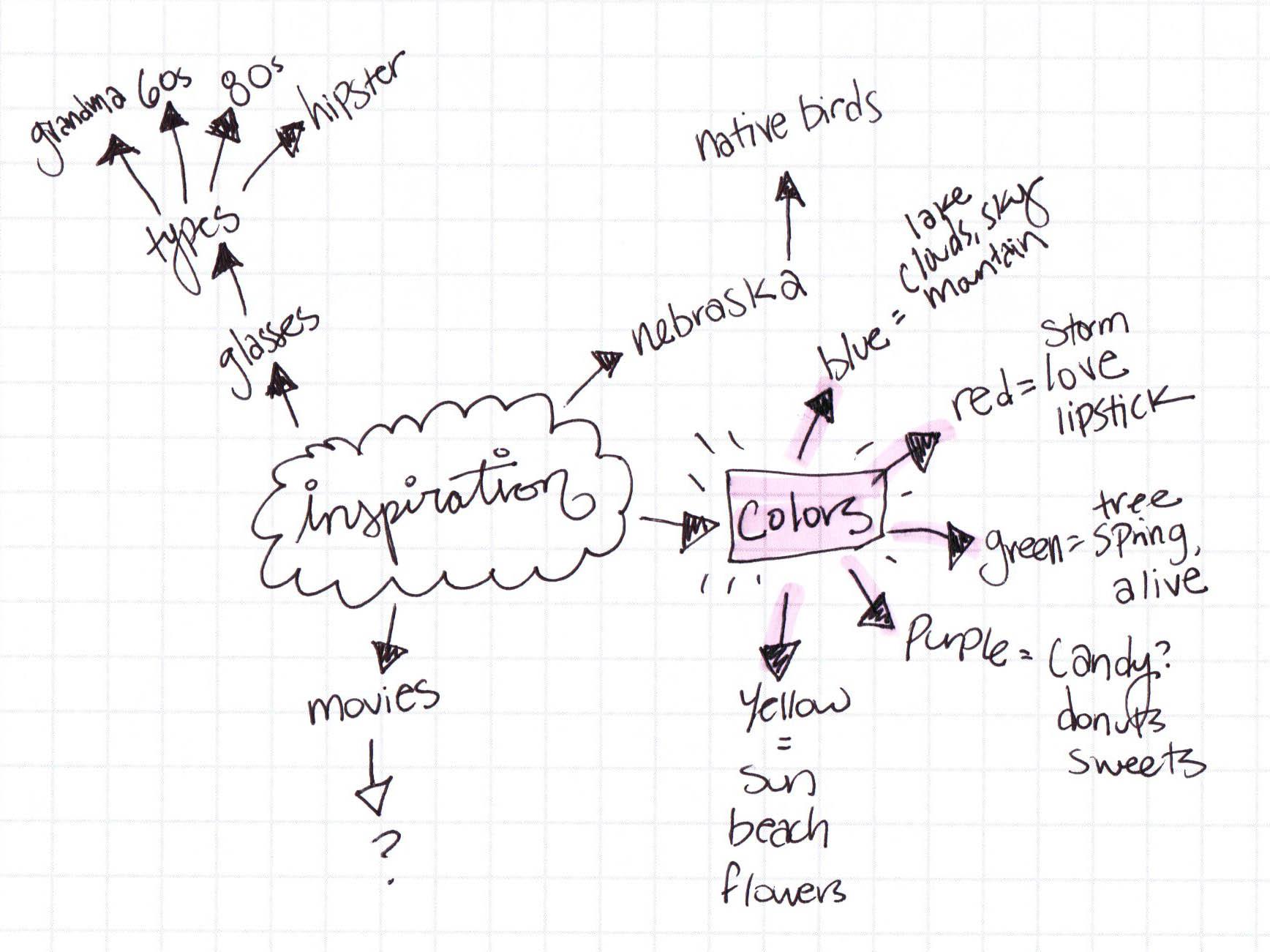 Once I decided that the colors idea was the best one, I tried to break down the elements of each color. Red is obviously passionate, angry... blue is serene... so I expanded each color into a "scene" for its respective badge. Purple is the only outlier. I couldn't think of anything natural that was purple and cohesive. Except maybe bruises but... no thanks! Haha. I think candy will work though!

Then I sketched them out roughly. Let me know what you think! :D Each of the badges will be rendered in only variations/shades of the color it represents. The tricky part will be coming up with a cohesive color scheme within the 5 different badges! 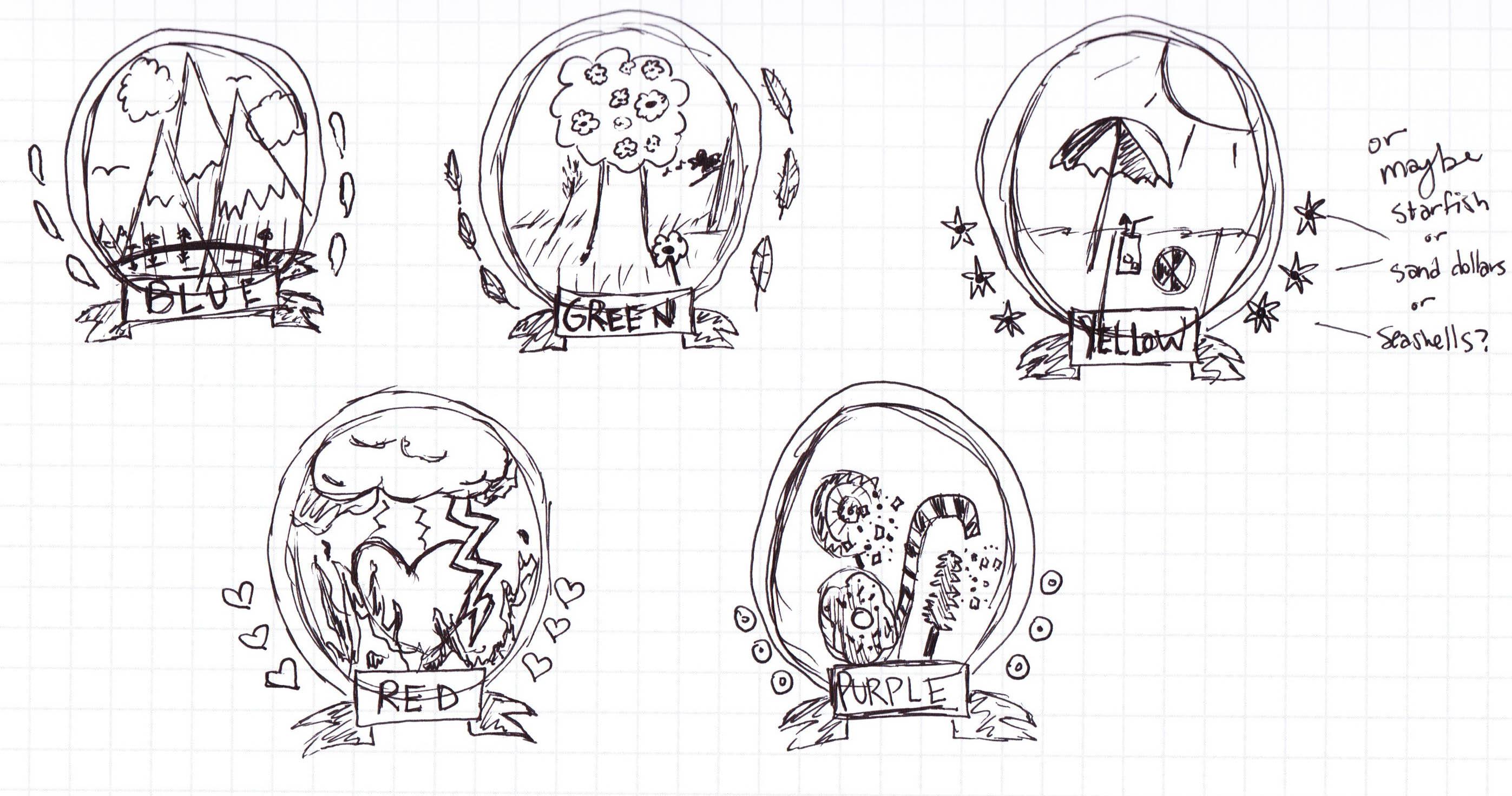 I began by picking 4 main colors for each badge: 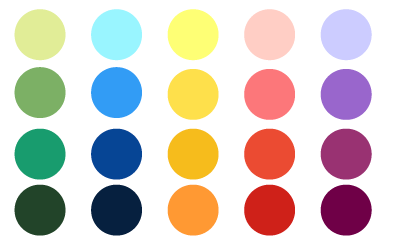 Took a lot of tweaking, but I think they will work together really well! We'll see...

Here's version one of "Blue": 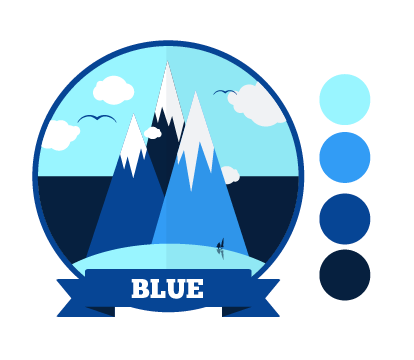 I'm going to put some more trees and dimension/shadow in eventually, but I wanted to lay it all out. What do you think?

Decided to go with 5 shades of each color, instead of 4. I'll post badges as I finish them :) 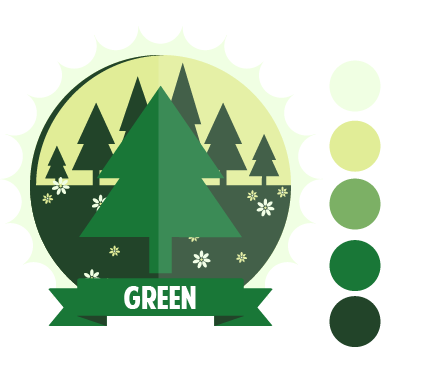 Ok here's more of a final SHAPE I've got goin' on: 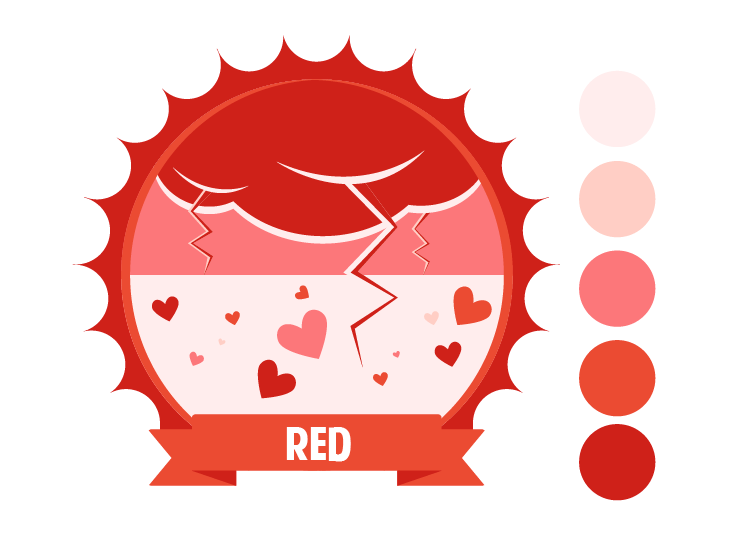 Purple has given me so much grief! My ORIGINAL thought was to make a candy land, but with some of your suggestions, I reconsidered and began working on a vineyard concept. As you can see below, that didn't work out so well. I couldn't get the perspective right and I was just so frustrated that I gave up and started over with a completely different concept.

Here's what I came up with: 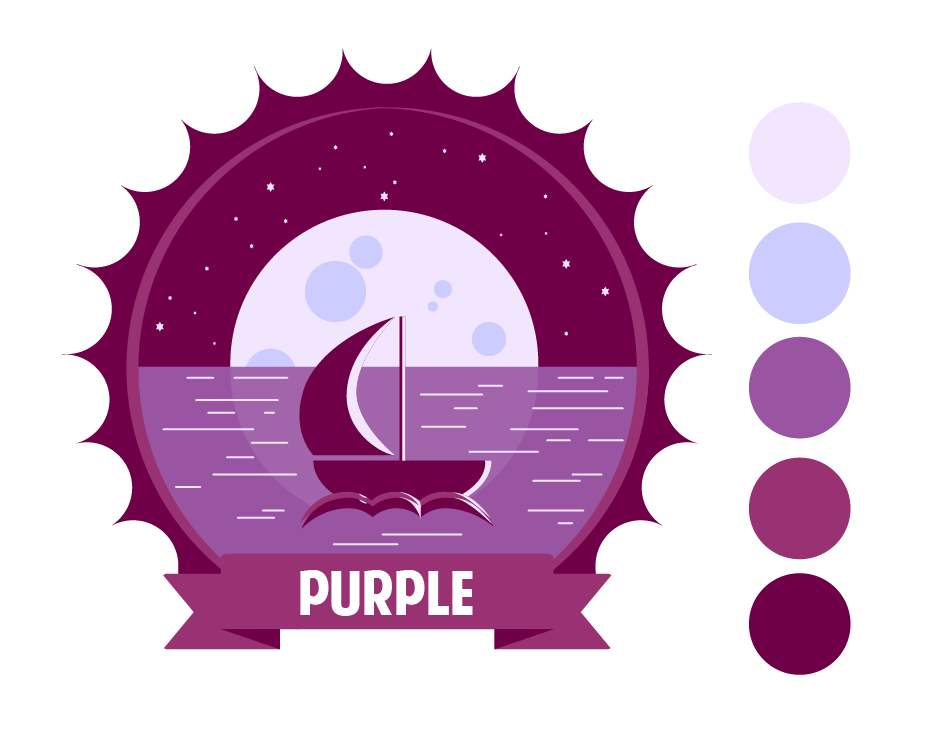 Any suggestions on how I can make that boat look more vignette-y would be appreciated. Thanks for all your feedback so far! :) 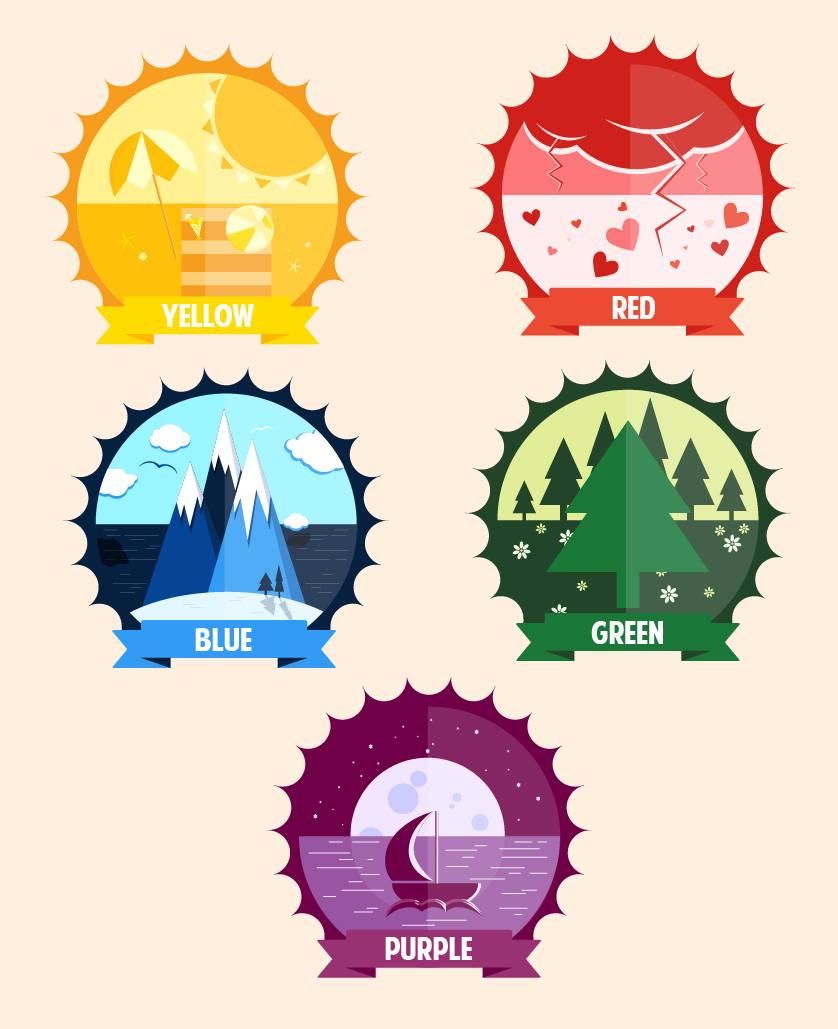 This class has been SUCH a learning experience for me and all of your wonderful advice & suggestions have been taken to heart. Thank you Dominic & everyone!! Hope to see you around!