If Radiohead came to Buffalo...

Hello all,  I'm Sean from Buffalo, NY. My favorite band is Radiohead and I'd like to show my appreciation by attempting to design a poster for a fictitious concert in Buffalo.

Three things came together in my mind to inspire my design:

1) Radiohead is a very environmentally-conscious group.

2) Buffalo is home to, I believe, the first "urban wind farm" in the US. In other words, giant windmills on the city's shore.

3) Radiohead has 9 letters, which can be incorporated into 3 windmills.

I want to use the windmill as a symbol of the band's identity while tying the poster itself to a Buffalo event. Buffalo is a small city that is very proud of it's landmarks past and present. I hope to demonstrate that with this poster as well. 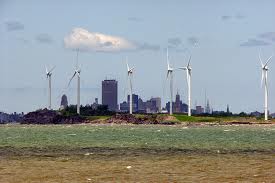 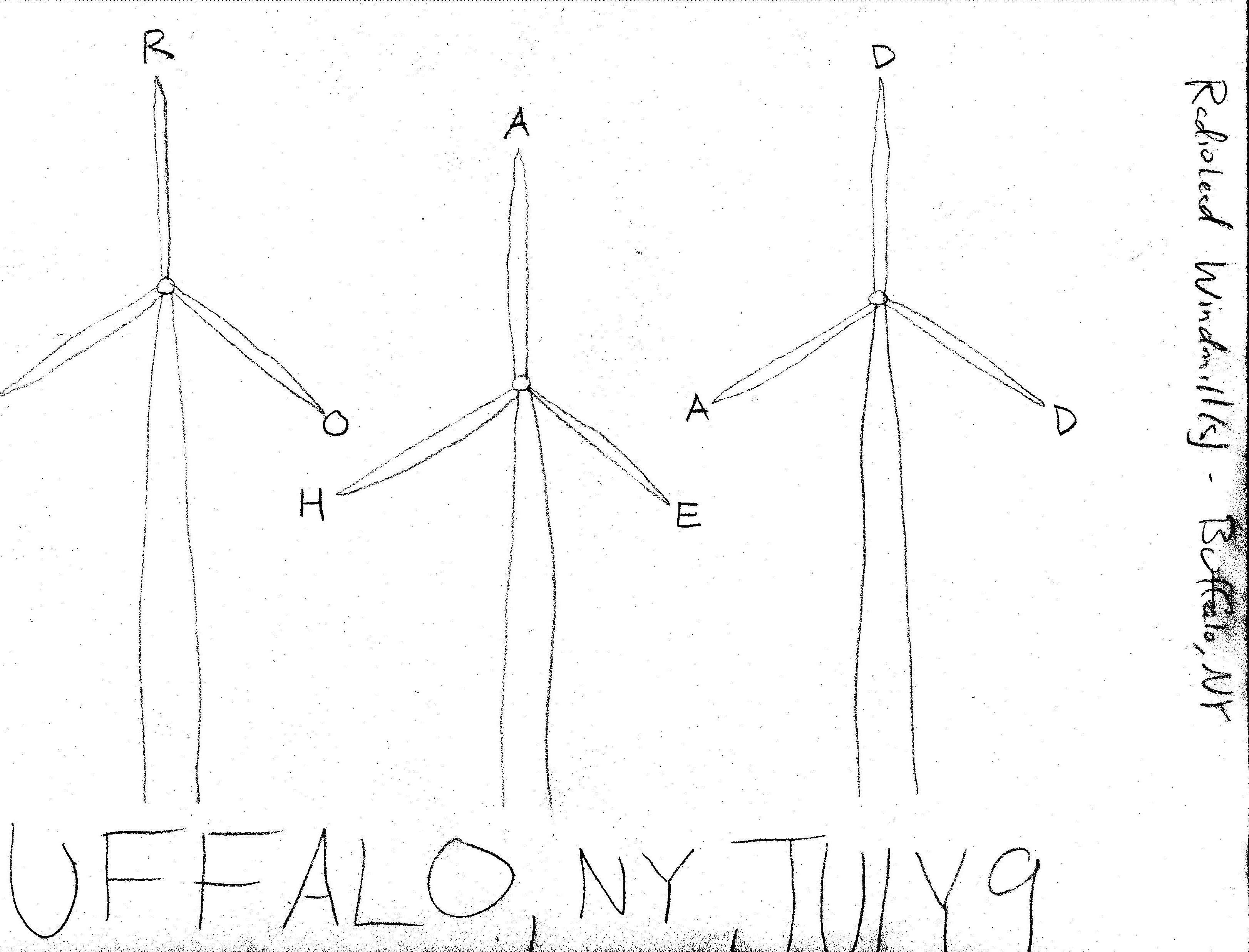 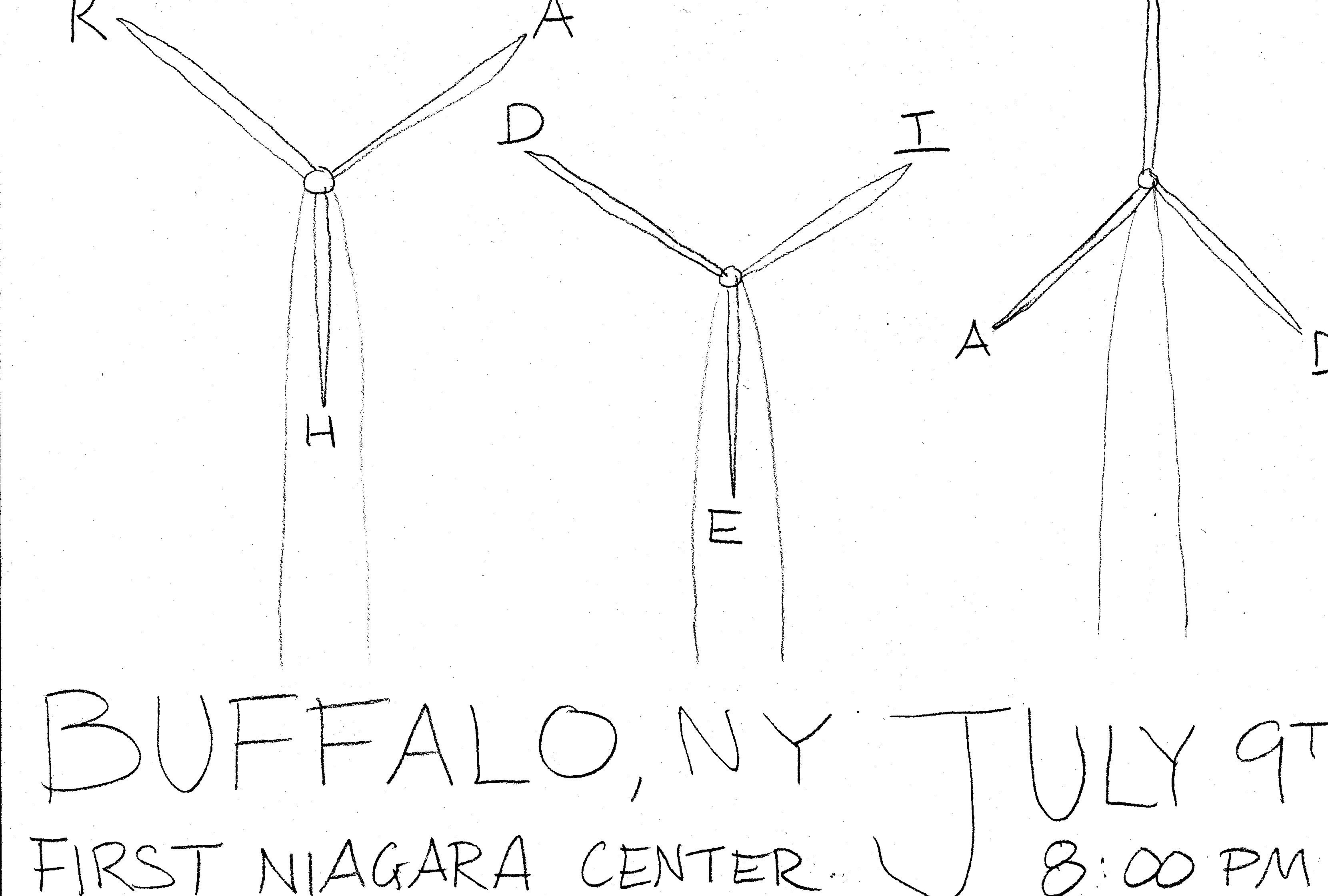 Any feedback would be greatly appreciated.

Based on some feedback I received, I'm thinking one windmill will do a better job of communicating, instead of three. Here is "roughly" what I'd like to accomplish... 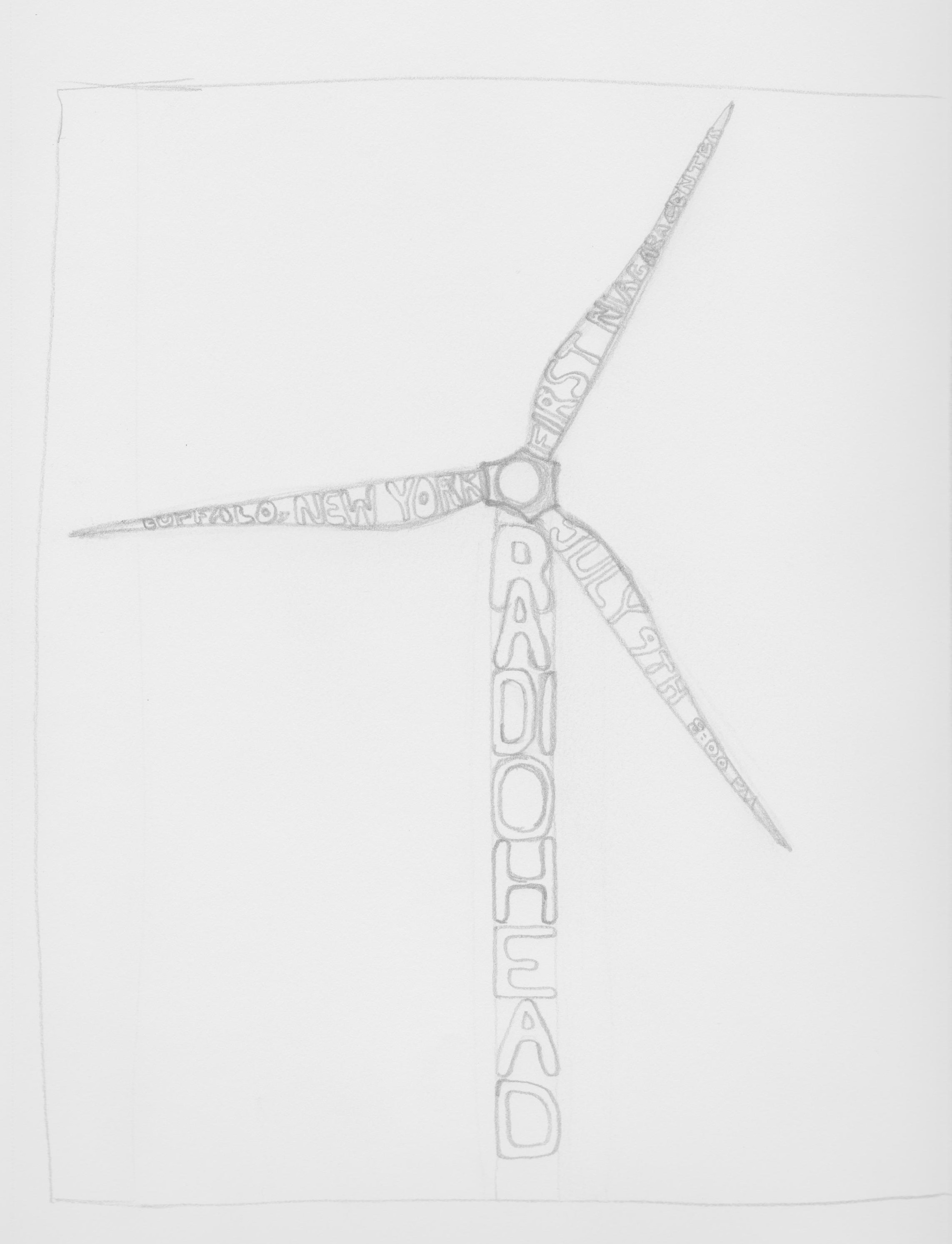 I'm thinking I may need to exaggerate the size of the blades in order for the audience to actually read the poster. Thoughts?

This one shows the band's name spelled out in LEDs (another 'energy-conscious' motif) with the whole composition lit by the stylized bear logo synonymous with Radiohead in the upper left. 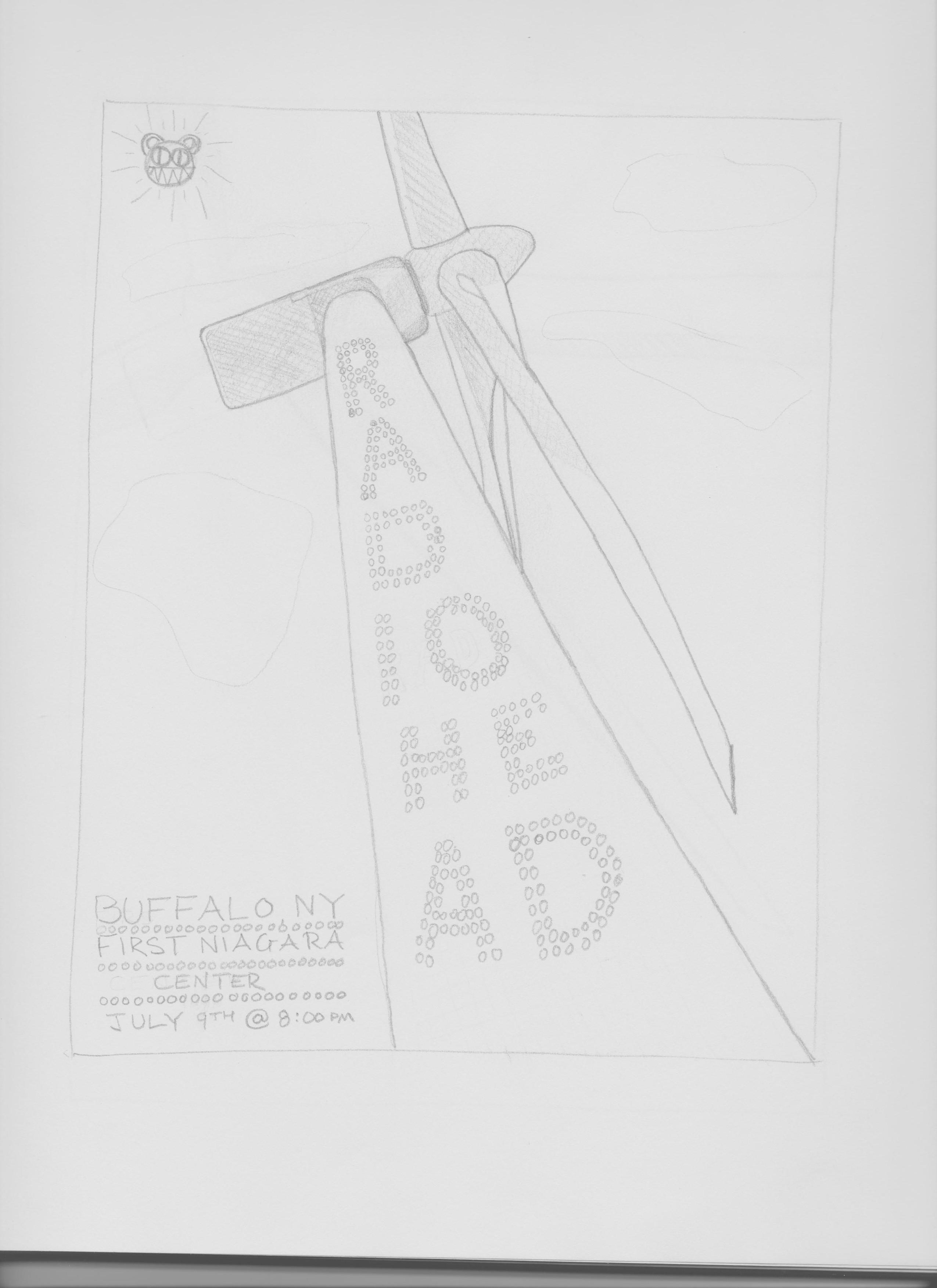 Again, using the bear as the light source with a view showing more shadow. Going off of what was said about using the band's music for portraying the overall feel of the composition, I think more shadow would work better with the dark and sometimes disturbing music Radiohead plays... 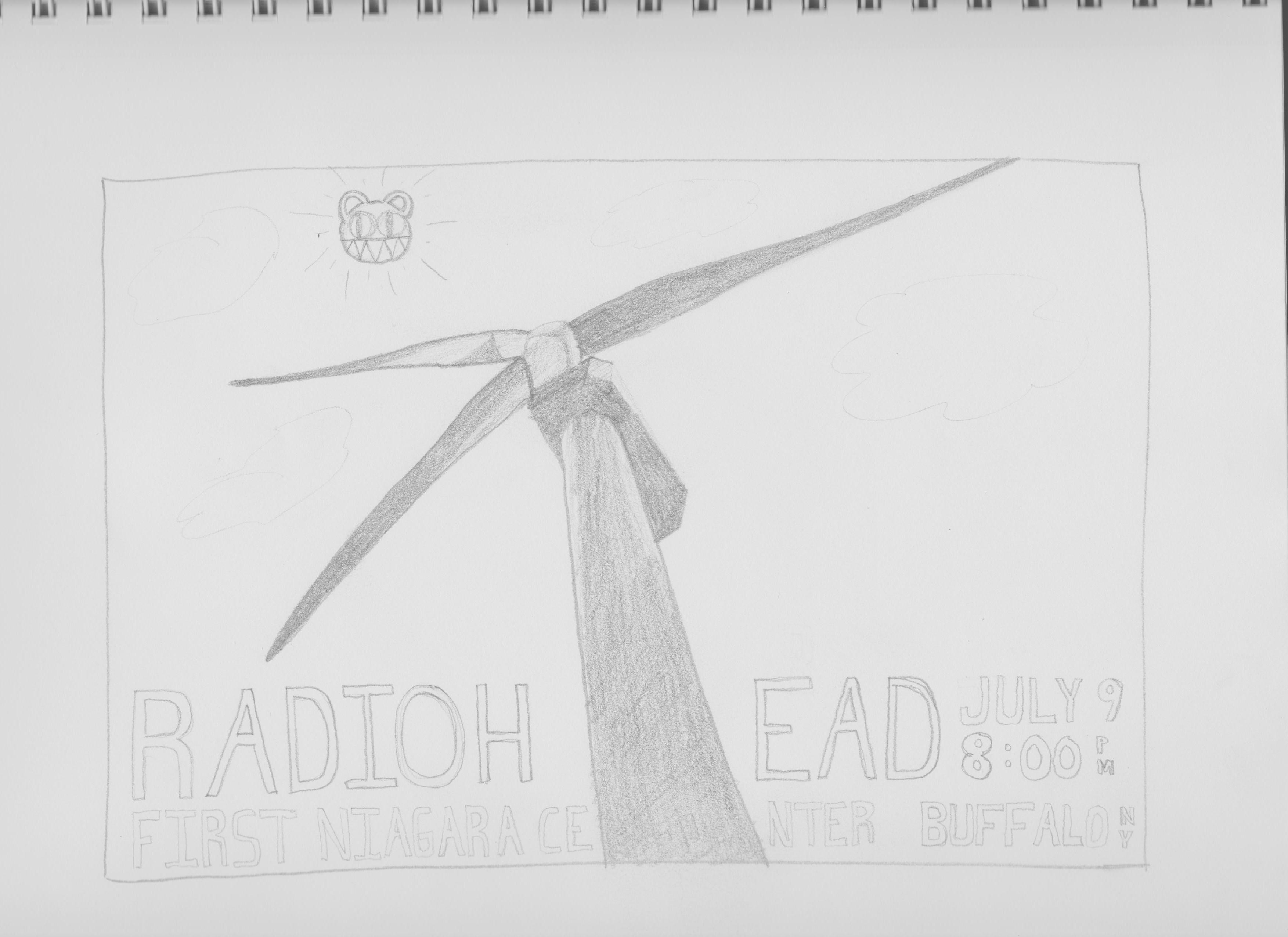 Feedback greatly appreciated and, thanks for looking!