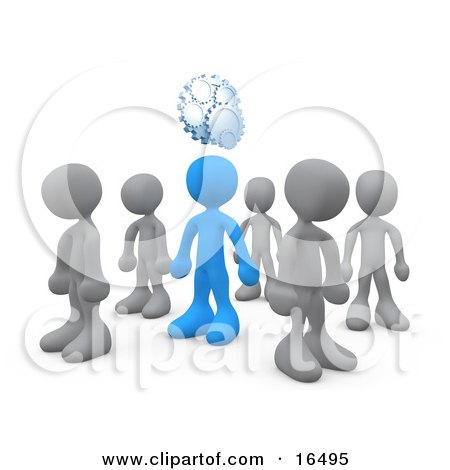 The blue guy in the middle is Jack. He keeps having wonderful ideas to start up things. Most of the ideas in his mind just juggle around in his head  (like the guy in the title picture of this project) and vanish after a while. They never get out  because Jack never has the confidence that he could be a successful entrepreneur or never had a platform to share and refine his ideas and attract investors.

This app intends to help people like Jack and provide them a platform for idea sharing. All people using the app can see a basic version of these ideas and rate them to decide the popularity of an idea. A higher level member who pays a membership fee (to be decided) can see the details and post their comments on an idea posted. Also they can contact the idea generator through the app if they want to collaborate working on the idea or be an investor for an idea which is supported by a team.

A popularity index can be decided for all the ideas on the basis of the ratings they get from app users at the end of each month (or week however) and the idea generator with the most popular idea can be rewarded. Also if his idea has not caught enough attention amongst the paid members   the idea can be promoted amongst the paid members. As the idea is popular in general, getting people to work on it or invest on it could get the popular idea into action. :)

Lastly the person posting ideas could post 2 (or some number of ideas) for free in a month. (the timelines and numbers can always be changed).

Guys I have had this this idea of such Idea bank for long. Would like to explore how it can shape up.  Do let me know if you all like it.