Germans love ice cream. You can go to the tiniest village and it's guaranteed to have an ice cream shop.

So I got the idea to do a tyrannosaurus rex with a colorful cone. Maybe I'll make him a series and just change the color of the ice cream.

I started my stencil on the computer and printed that out as a reference image.

Then I taped together several pieces of mylar to make a plastic stencil large enough for the dino. I drew the dinosaur onto the mylar with a Sharpie, and that's when I realized I had to add an extra piece to accommodate the massive tail!

I cut out stencils for the eyes, nostril, eyebrow and ice cream on a separate piece of plastic.

Then, I gathered my supplies and went out to find a good piece of wall. There's an area along a walkway in my neighborhood that's almost totally covered in tags and images, so I selected an open spot there.

It happened to be across the street from an elementary school, and the kids were very excited about the idea of a dinosaur who loves ice cream.

This stencil turned out pretty well, and I like how visible the eyes are, but next time, I'm going to try to tape the tail section of the stencil down a little better so I can get a sharper line across the bottom. 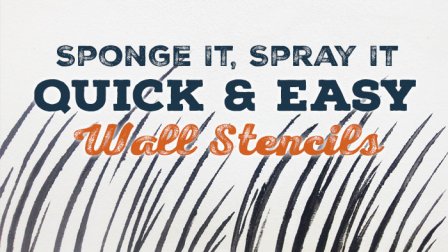