It was a nice summer afternoon in the baking hot street of Hong Kong. I was waking up from my long sleep after a Saturday hanging out with friends and my head hurts terribly. “What do I really need now, definitely a coffee”. So I walked into the coffee shop near my building and little did I know, I stumbled upon a person which I never expected to find whatsoever. It was the Nepalese supervisor in the restaurant that I had worked for 2 years ago, who I never really liked too much because she had treated me quite harshly, and one time I did even cry after she yelled at me for a thing that I hadn’t done, I remembered vaguely.

Seeing her at the coffee shop just kind of triggered back those bad memories of working in restaurants. I never really liked the Nepalese being a supervisor too much. Probably the reason why I hated restaurants so much. I became stoned for a second or so. I didn’t know what to do. Perhaps saying a casual hello or better idea is to just sneak out of restaurants without her noticing me. Maybe she didn’t even notice me, afterall, it has been 2 years. So I did what I always do, to sneak out when seeing an old acquaintance that I have little connection with.

As I was sneaking out of the crowd, I heard someone calling my name really loud: “DUONGGG!”. It turned out she was hanging out in the coffee shop with her cousin, a young man who I had secretly had a crush on during the time when I was working in the restaurant. So, I pretended to be surprised and was made to come over and say hello to her. Yet, the little sweet thing is that I got to see that guy again, who was her cousin but was also the source of support for me during the hard time working in the restaurant.

It was Sunday afternoon and it was finally time to get a much needed rest for myself. I have been working so hard for the whole week, a very intense week with a lot of customers celebrating the Mid Autumn Festival with their families. I, on the other hand, instead of having the time to spend with my dear husband and children, had to work my ass out in the restaurant. My body is aching and I felt the effect of aging on it already, well even though I am only approaching 34 years old. But on the weekend, I only had one day to enjoy myself and relax.

This week though, I had a pleasant surprise. A nephew of mine, Rag, who was studying in the UK got the chance to catch a flight back to Hong Kong. He is a bright young man, with a lot of potential ahead of him. Though I have issues with his mother, my own sister, that doesn’t affect from enjoying the young man’s company and how bright, smart and mature he is ahead of his peers. I always tried to help him ever since he was a little kid, and to him, I am a godmother that he never had.

Anyhow, I had arranged to meet this man in a coffee shop just to talk and chat up after such a long time. Two years it had been, perhaps. After he ordered something for both of us at the checkout, I suddenly saw his idea sparked with such delight, he yelled someone’s name in a loud manner: “DUONGGG”. Who is Duong, I wonder. Must be someone he knows that is special because I know my nephew when he had this delightful spark in his eyes. But that name does ring a bell, somehow strangely. Then he invited this girl to the table, a young, browned-skinned and tall Asian girl. She must be in her early twenty. She was so surprised to see us both and greeted me with “Didi” shyly. I was quite impressed, how did she know to call me Didi, that is quite a special Nepalese nickname. She was quite shy and awkward around me but she looked very happy and enthusiastic to see my little nephew. 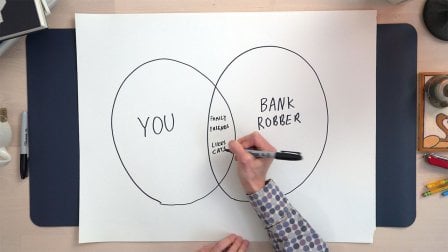