I bought tickets to this concert and barely knew the band...

A co-worker of mine has a daughter who is the lead singer in an up-and-coming band named Marian Hill. Recently, they were featured on Jimmy Kimmel, at the Victoria's Secret Fashion pre-show and made lots of other landmark performances. I had never heard about them until I met my co-worker about 10 months ago, but I started listening to the band on Spotify and played their music during the workday when I need some time to "chill".

About a month after I had added the band to my Saved Playlists on Spotify, I received this amazing email from them. It was a hand-written note from the band, thanking me for listening and inviting me to their upcoming shows with a special discount code.

I had never seen the group perform before but I immediately bought tickets and raved to my co-worker about how clever the email that I received really was. I felt special, seeing the letter (which I assume is real) and feeling like I was more than just one of their million subscribers.

Looking back, the personal nature of the message and the relaxed voice of the copy within is what really struck me. It didn't feel like I was being sold on a show but rather invited to hang out with a bunch of normal people who happened to be famous. I gushed. 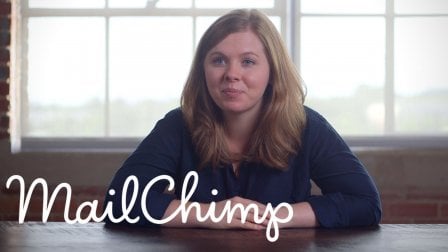