(So i know you said to keep dialogue short, but i struggled with this. The long parts are world building and i hoped by adding them into dialogue it would be easier to read. i can break it up with questions but i can't find anymore areas to break up. Also, it felt weird to have four characters in the scene and only have two of them talk.)

“I put your book inside. You must keep it hidden, many will kill over a legendary weapon like that.” Abra said.

“What’s so important about it?” Zeks asked as they headed east.

“It’s believed that a dragon has so much power that when it cries, the tear crystalizes. Even though each weapon can only be used by a single person. Many would like to keep them on display.”

“A war had broken out because of them. It's known as the Dragon war, about a thousand years ago a Dragon Breed discovered one and, in his greed, he wanted them all. The dragons used the others to end the war. it left a permanent scar on the land, the kingdom was renamed to ‘The Scorched Land." Abra said

"A whole Kingdom wiped out because of one person." Samantha said.

"After the war, the dragon council hid the gems. The wizard council found them, and your father became fascinated. Years later he discovered they had a true form.” Abra said,

“Why did the dragons let the wizards keep them?” Zek asked.

“The dragons believed that only those with dragon's blood could use them, And Your father saved a clutch a dragon eggs from some thieves, two of which were the children of the High-Dragon, they knew the gems would be in excellent hands.”

“After your father forged all five, he learned it didn't matter of your blood only that of your soul, so with the permission of the high-dragon he took on apprentices hoping that they would be chosen to wield them, but only one was. When Golan turned dark your father, thinking it was the weapons, hid them. Just before he vanished he found two more, making seven, a ruby and a sapphire. They became the book of ruby and the bow of sapphire.” Abra said.

“What do you mean, our father vanished?” Zek asked.

“About twelve years ago, after creating us, he just vanished.” Oracle said.

“What about our mom?” Samantha asked.

“We don’t have any knowledge of your mother. I'm also surprised to learn of your abilities. Your father gave us common knowledge, and no human had these abilities. The only thing that comes to mind is Dragon Breed. They are the only humanoid to have some kind of natural ability.” Abra said.

“Half-dragon, half-human. After the war, they made it illegal for dragon breeds to be born. Many agreed the greediness of humans and power of a dragon should not mix.” Abra said.

“I doubt you two are dragon breed. Your father would break no law, especially that one. They would execute everyone involved.” Abra said.

“Speaking of our abilities, why can’t we just run out of here?” Zek said, running but at a normal speed. “It’s not working.”

“That is why we need to get out of this forest. The dark creatures that live here nullify natural abilities and since you two don’t have any experience on using magic, it would be best to avoid them.” Abra said, 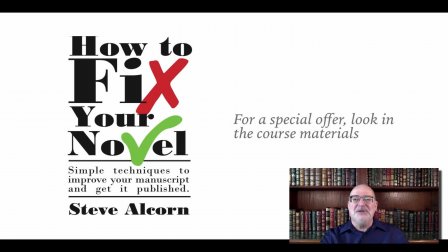