How to Animate Your Works in Photoshop and bring them alive

Are you using Photoshop to its full potential? - Most likely you are not.

You know why, because most of Photohop users have never ever touched the timeline panel and its possibilities.

Below are examples of animated artworks and few hints on how to create them.

If you are interested in a detailed class about Photoshop animations.

1. Lets start with my favorite one.

Follow me to be notified when I release a class on this project.

I used Smudge tool in Photoshop to stretch the hair. Hair stretches should be on a separate layer each. Then in After Effects you can use puppet pin tool to move the stretched hair as you want.

2. Another one which really creative is called "Stop Calling Me"

As you can see we have a very interesting game of color and text here.

Then you can animate "Mask Position" in the timeline for each layer. By doing this you can move them and create this effect.

It is called parallax because the background and foreground are moving separately. If you noticed the guys is getting bigger but the background is only getting smaller.

First you have to separate the guy from the background. Then you will be able to move the guy wherever you want to move him. Now you just have to add the vector shapes. And the final step would be of course to animate everything using mainly "transform" animations options.

This is perfect for everyone who loves colors :D It is very simple but so pleasing to watch.

The image originally has colors on it, we just need to animate them. First you have to separate the colors from the background. Try to separate them into many layers so you can animate each color individually. After that open timeline panel and use style animation option. With style you can open layer stiles and color the layer into any color you want. Like this you can animate them. Watch the class above to better understand what I mean :)

Other animated artworks from my Instagram @freds_gallery that I love:

That is it guys! I hope you enjoyed them :)

Make sure yo check my Skillshare profile for classes and projects on these animations.

I will help you get PRO at Photoshop 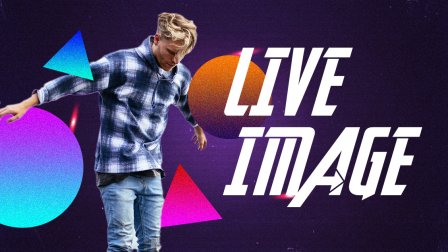 Photoshop Animation: Bring your images alive and animate anything
Photoshop Classes By Fred