For the past few months, I've been trying to pare down my belongings. After obsessively reading mnmlist and learning more about the 100 Thing Challenge, I started tossing (donating, mostly) pile after pile of clothing, knick-knacks, and other things I just really did not need. I started to lose momentum, however, when I started to read about people taking inventory of their homes. I got overwhelmed and I just sort of gave up until a couple weeks ago when my boyfriend and I signed the lease for a new apartment. I started drawing floorplans and began to figure out where things would go. Then, I started requesting quotes from several moving companies. As a part of their process, the companies would have you list every single item you own room by room...and the lists were outrageous. It included items, like nacho cheese dispensers (seriously), that I would never own. Then I got an idea.

I'm a designer for a company that makes almost exclusively apps. I've received lots of practice and feel that I've finally learned enough that I can make an app on my own with my own style. I want to make a home inventory app that is simple and user-friendly. There are quite a few inventory apps on the market already but for the most-part they are messy and confusing. Most of these apps are for 'serious' homeowners, like people that own their kitchen appliances, so most of the content doesn't apply to my demographic (kind-of-broke-mid-twenties-urban-dweller). I want to design something that is easy and fun to use, and will serve people who are moving or just trying to cut back on the things they own.

I'm not sure exactly how the icons/badges I make for this class will be used in the app yet, but I'm looking forward to making them!

I'm making a set of icons or badges for a simple home inventory app. I will probably be making an icon for each room of an apartment (bedroom, living room, kitchen, bathroom, office, etc.) plus a few extras which will include things like books, decorations, cleaning products, and more. 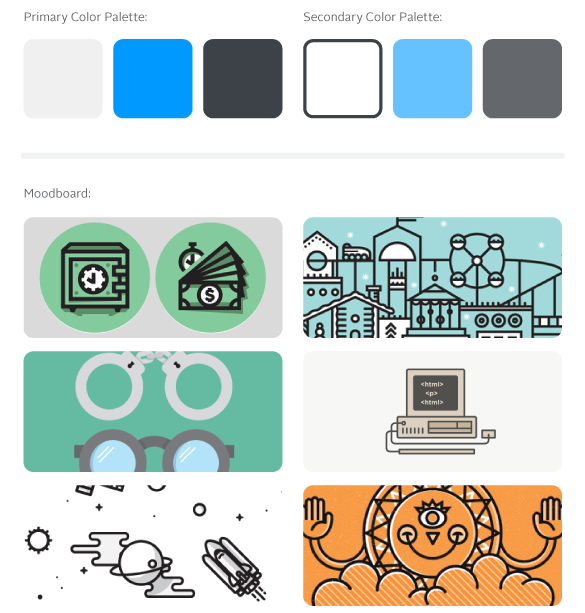