Hailing from the swamps of Louisiana, Hokum High Rollers were formed in New Orleans in 2011. Their sound is derived mainly by influence of Pre WWII Country Blues performers but played with the energy of their punk rock roots.

I have chosen to do a memoribilia poster for their upcoming show at the St. Roch Tavern in New Orleans on February 19th.

For everyone who's not familiar with this old-timey-ragtime-blues-punk band, give it a listen:

Bring on the feedback!

I really want to capture the dirty and mystery feeling of a house party in the middle of nowhere deep in the New Orleans swamps in some old squat-like shack. The kind of 1920's Moonshine-24/7 parties you've only dreamed about going to where the band never stops playing that cigarbox guitar and washtub bass.

I really want to go DKNG-ish on this in terms of a timeless-vintage feeling with a modern touch. a lot of textures and stuff! I have not figured out the typography yet. Incorporate the band name in water or trees maybe? 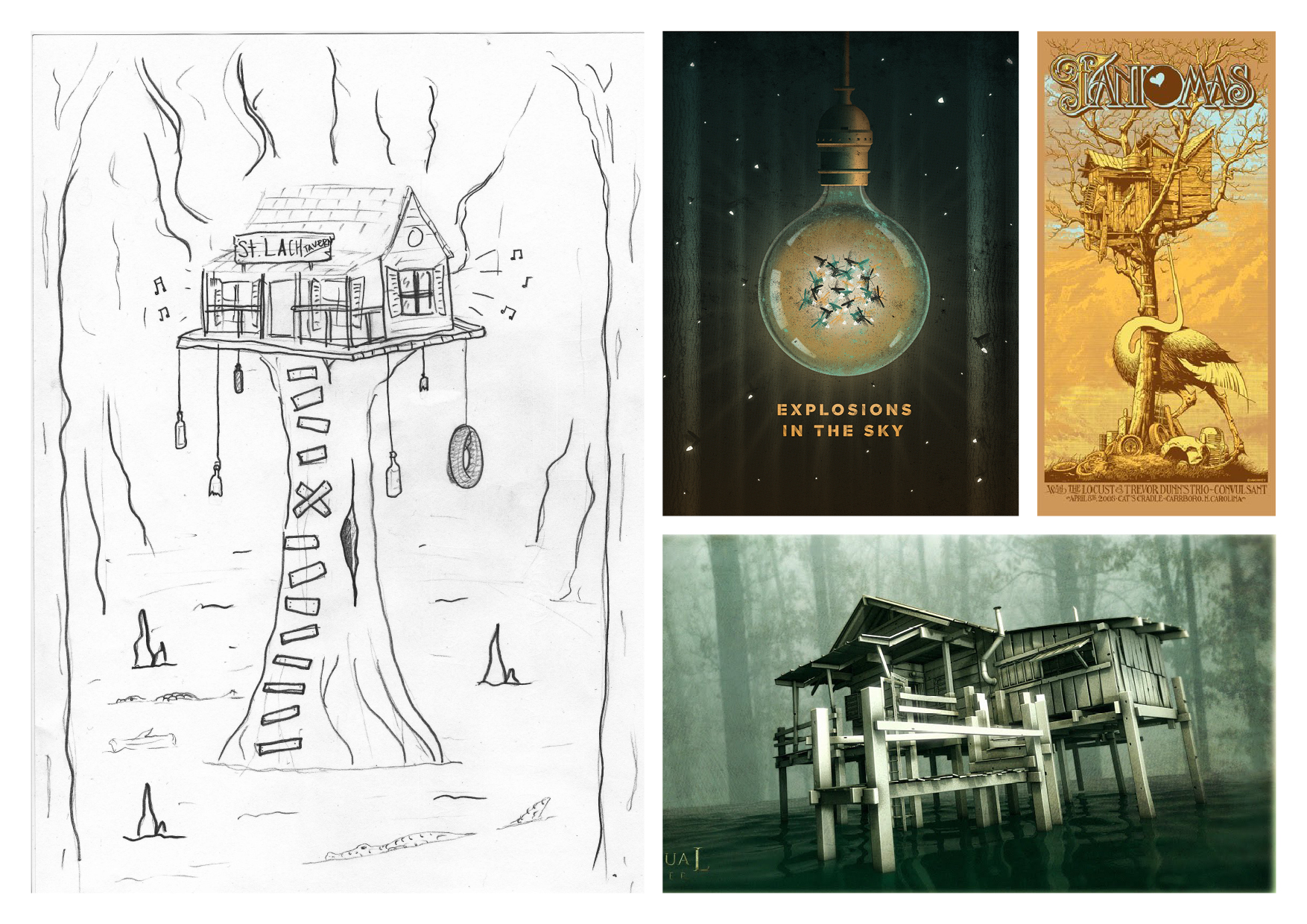 For this idea I want to get more of a classic Punkrock flyer feeling but with a cleaner finish (something like the Eddie Vedder poster below). A close up on a crustie holding a banjo wearing a patched and studded jeans vest, the band name and venue information on the patches. 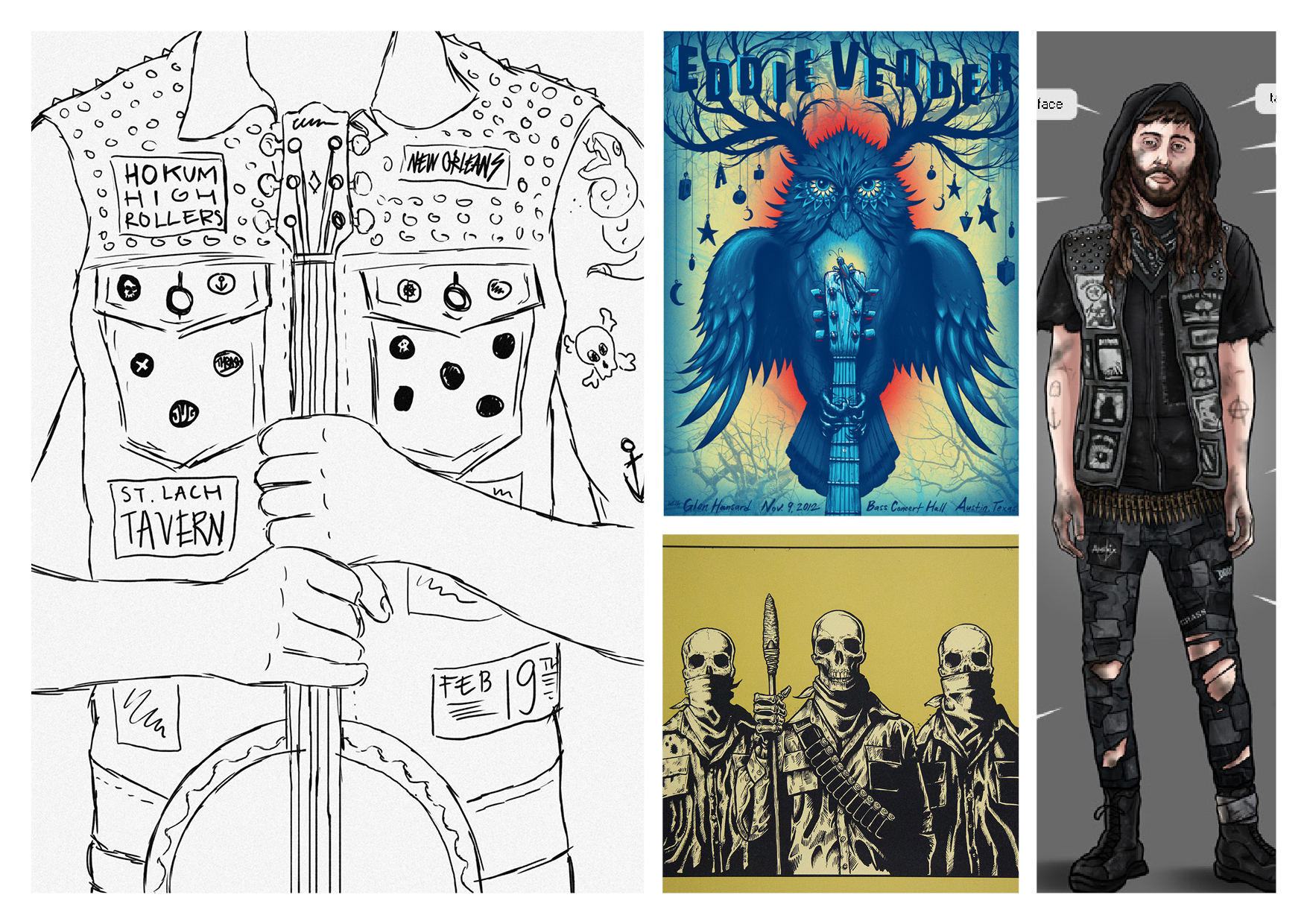 Got this idea of a boy fishing on a little island somewhere in Louisiana about to find himself in a really tricky situation. Really want to get the shapes right, making the whole illustration inside a oval shape.  I have not figured out the typography yet. 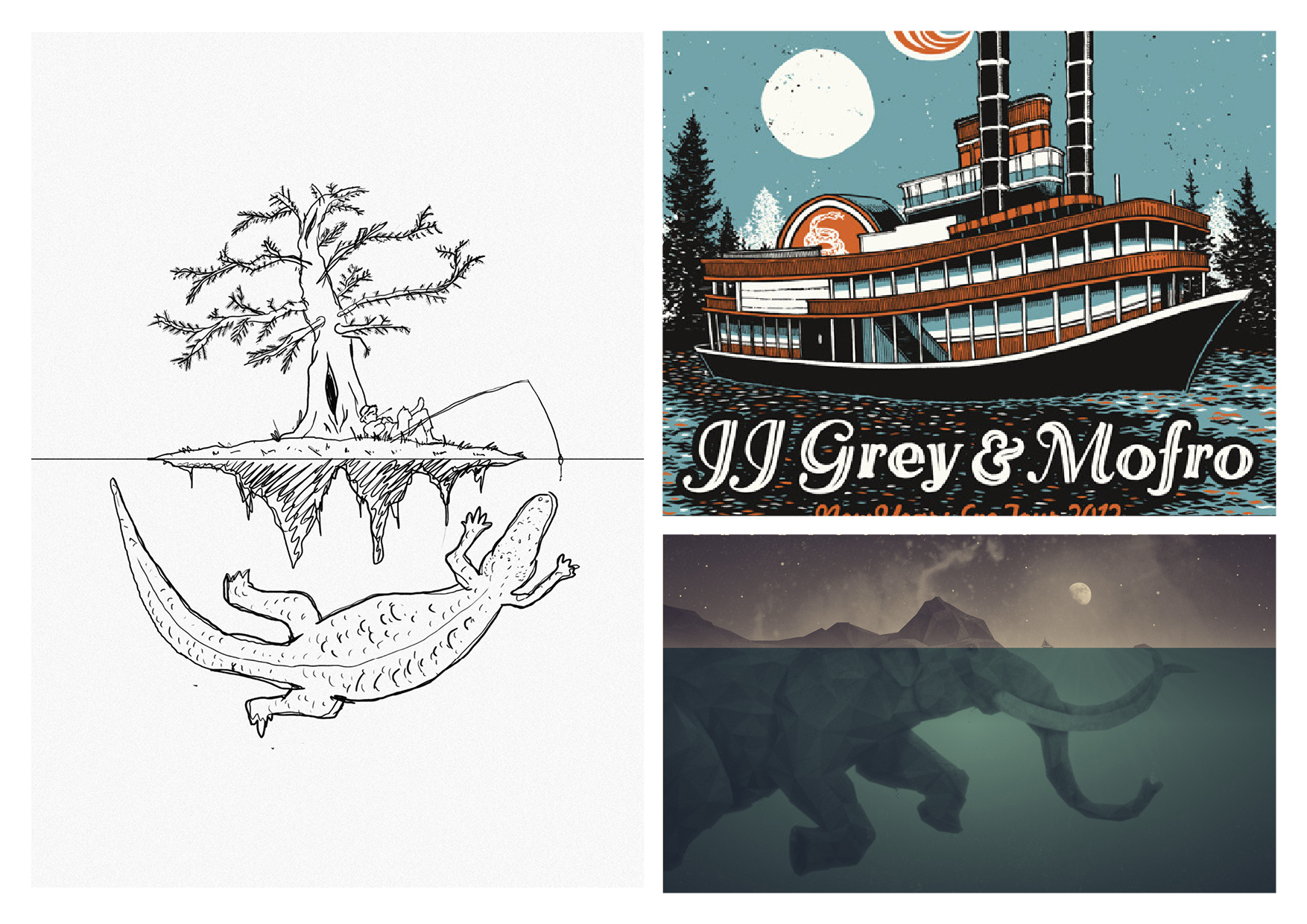 I decided to go with the swamp house idea. It was not only my favorite one but I also felt that it would be the biggest challange for me as a designer. I've started to do the scenery in vector shapes but I'm stuck right now.. Can't really decide on what color palette I want to use and how to proceed with the scenery to get the depth and right feeling. Right now I'm trying to incorporate the bands name into the trees in some kind of spanish moss but I'm not to sure about the idea.

I've never worked with a limited color palette before, any pointers on how to work would be appreciated.

Please feel free to give feedback and any tips on how you think I should move forward. 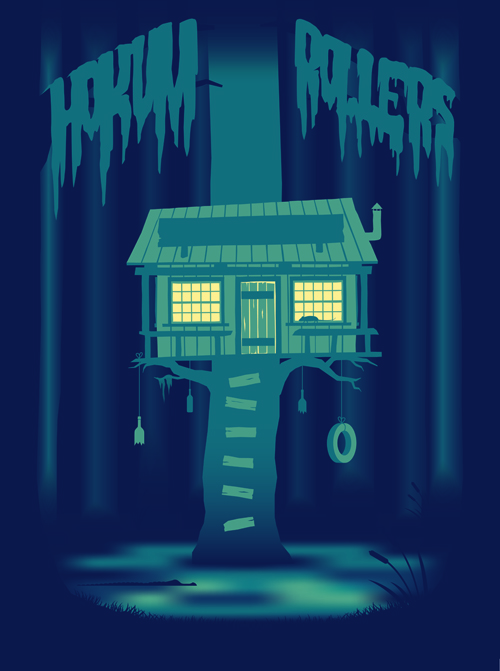