Here's looking at you Sanford

Thanks for looking at the project. The pictures below were taken in the Sanford/Lake Mary location in Florida, USA. I started taking pictures not too long ago and trying to learn more about composition and what looks good so I can incorporate in documentary/short films.

I've passed by these two birds before, there seem to always be hanging out, chilling and looking in the same direction. Tried to only take the two pillars but if I did the birds were going to be too far and I wanted to show them as close together. Is there anything that could have been done to improve it? 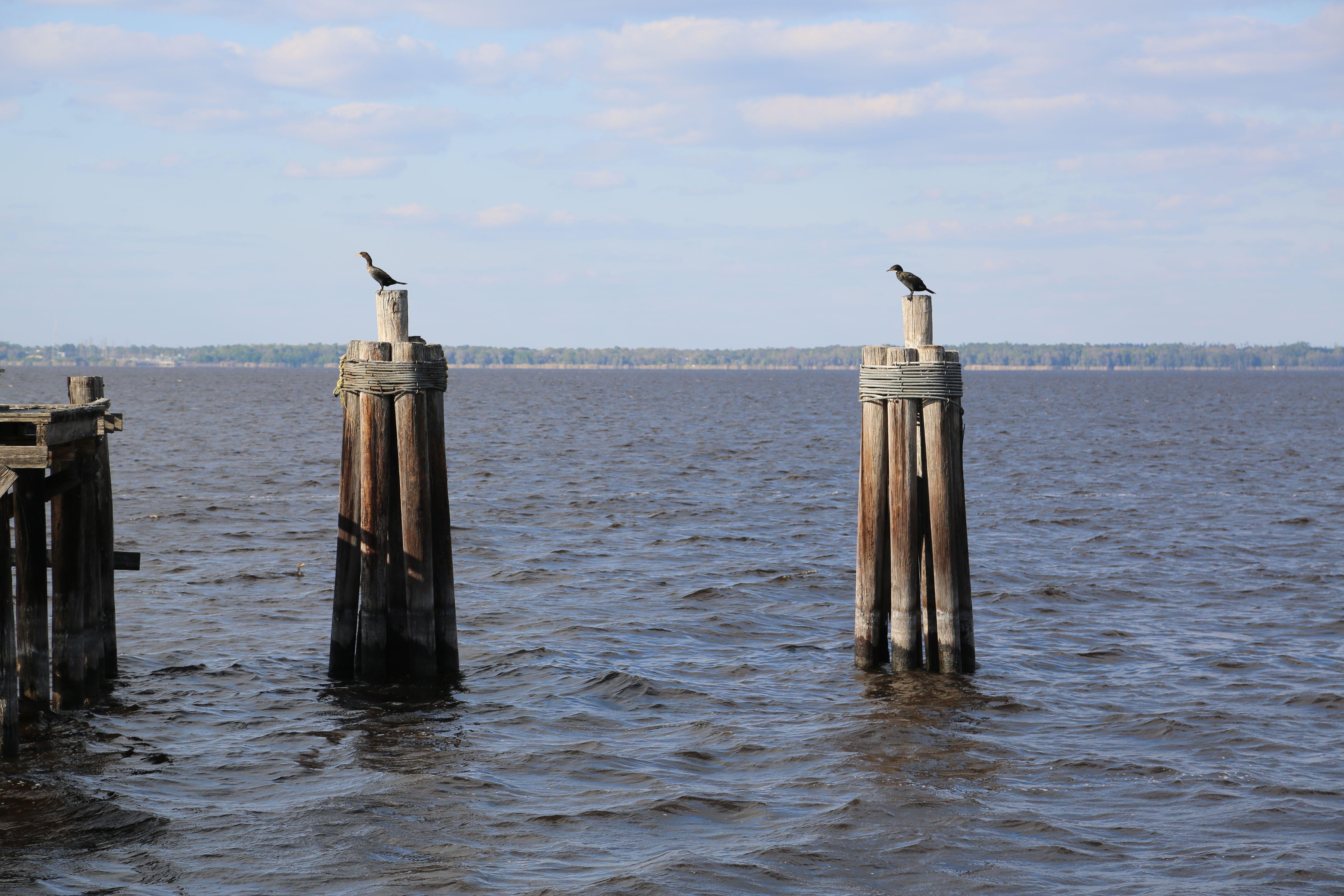 I don't know if this one looks better from an message/emotional standpoint, since there's only one of the birds. I've tried to hit the vertices of the rule of thirds but couldn't quite get it (couldn't find the grid on the camera). 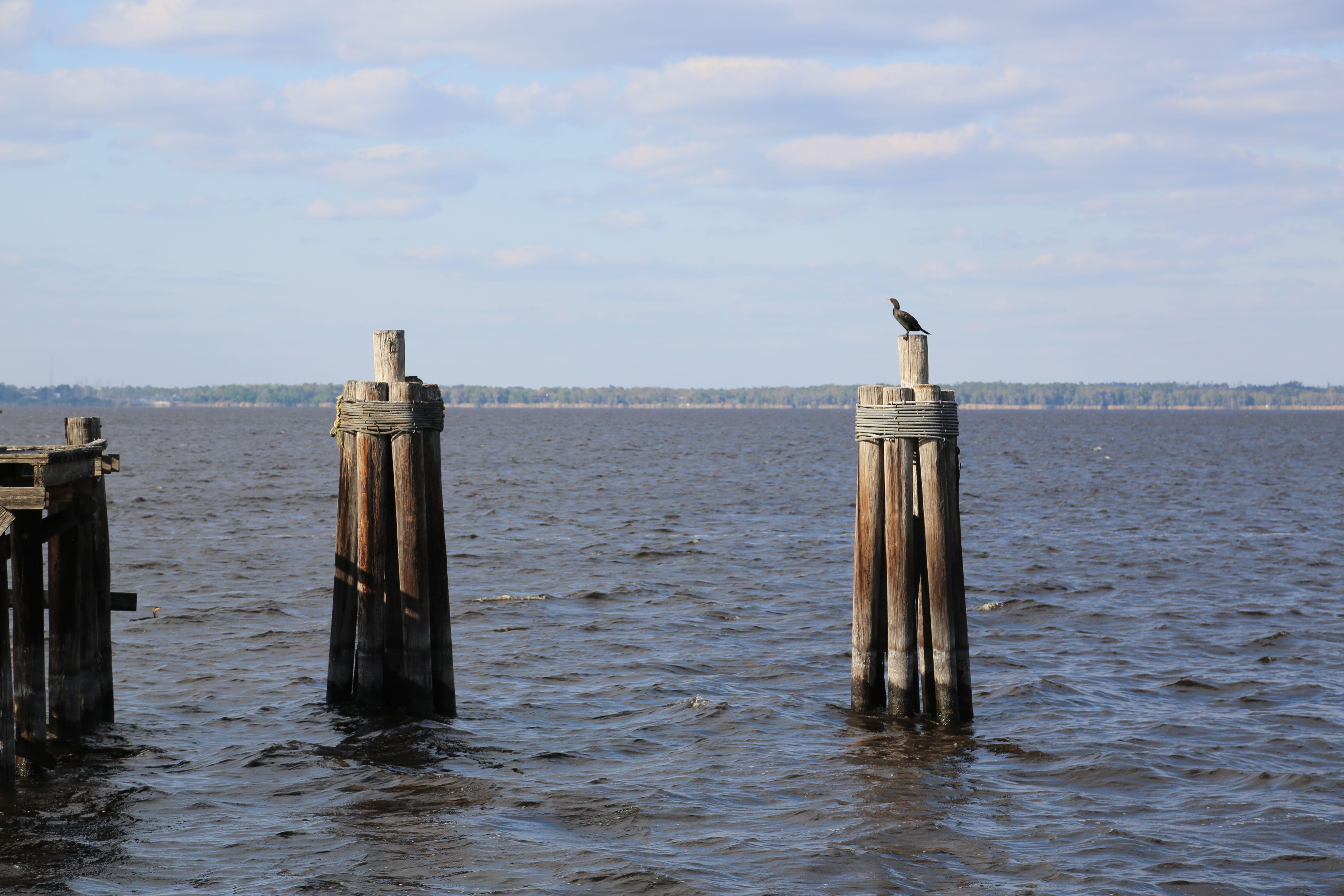 I found this family of ducks close to my place. After spending some time around they didn't mind I got close so took these two pictures below. The first one I like because of the truck in the background and gives it a "Nature with Humans" kind of feeling. The second one looks better possitioned according to the Rule of thirds. Which picture looks better? 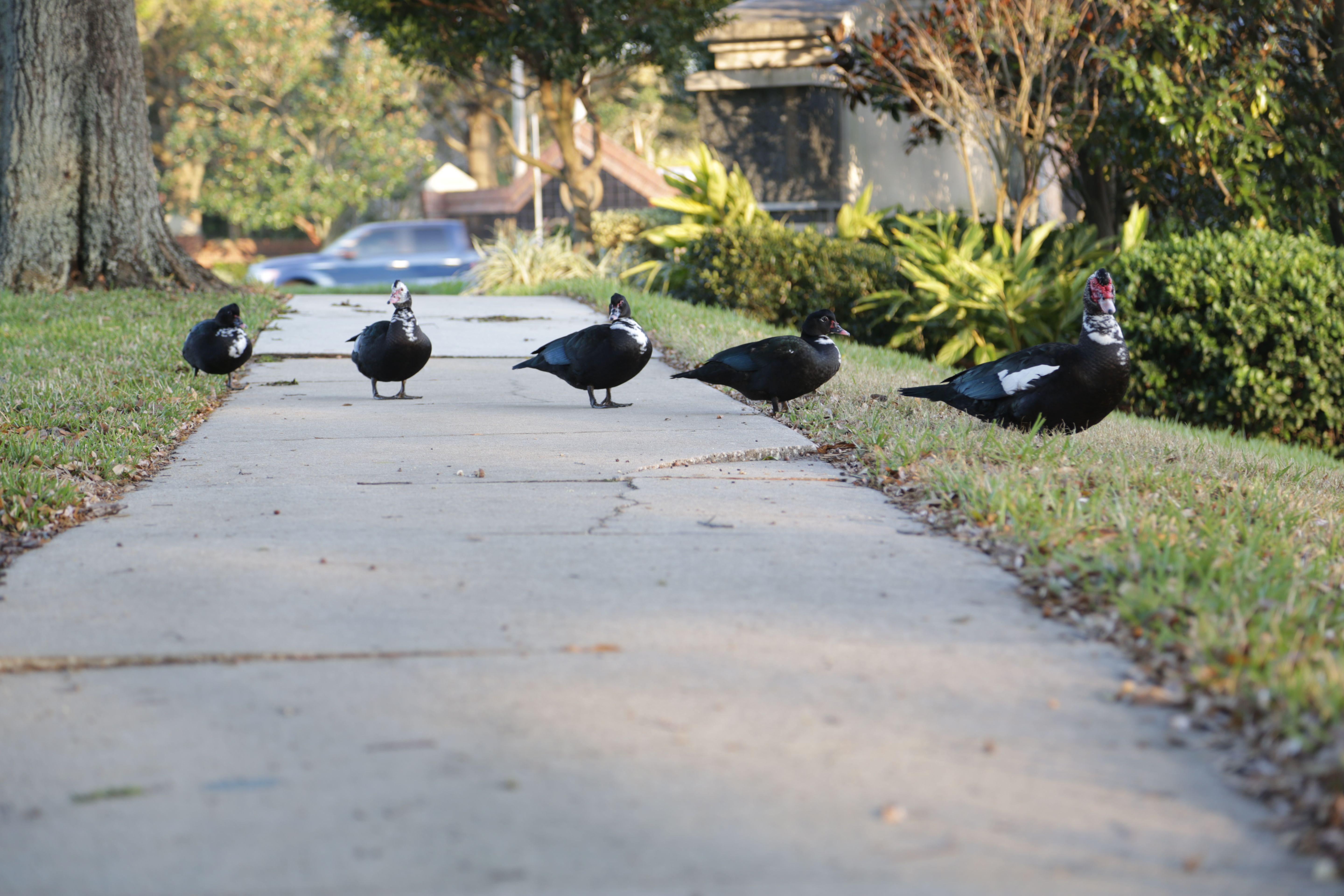 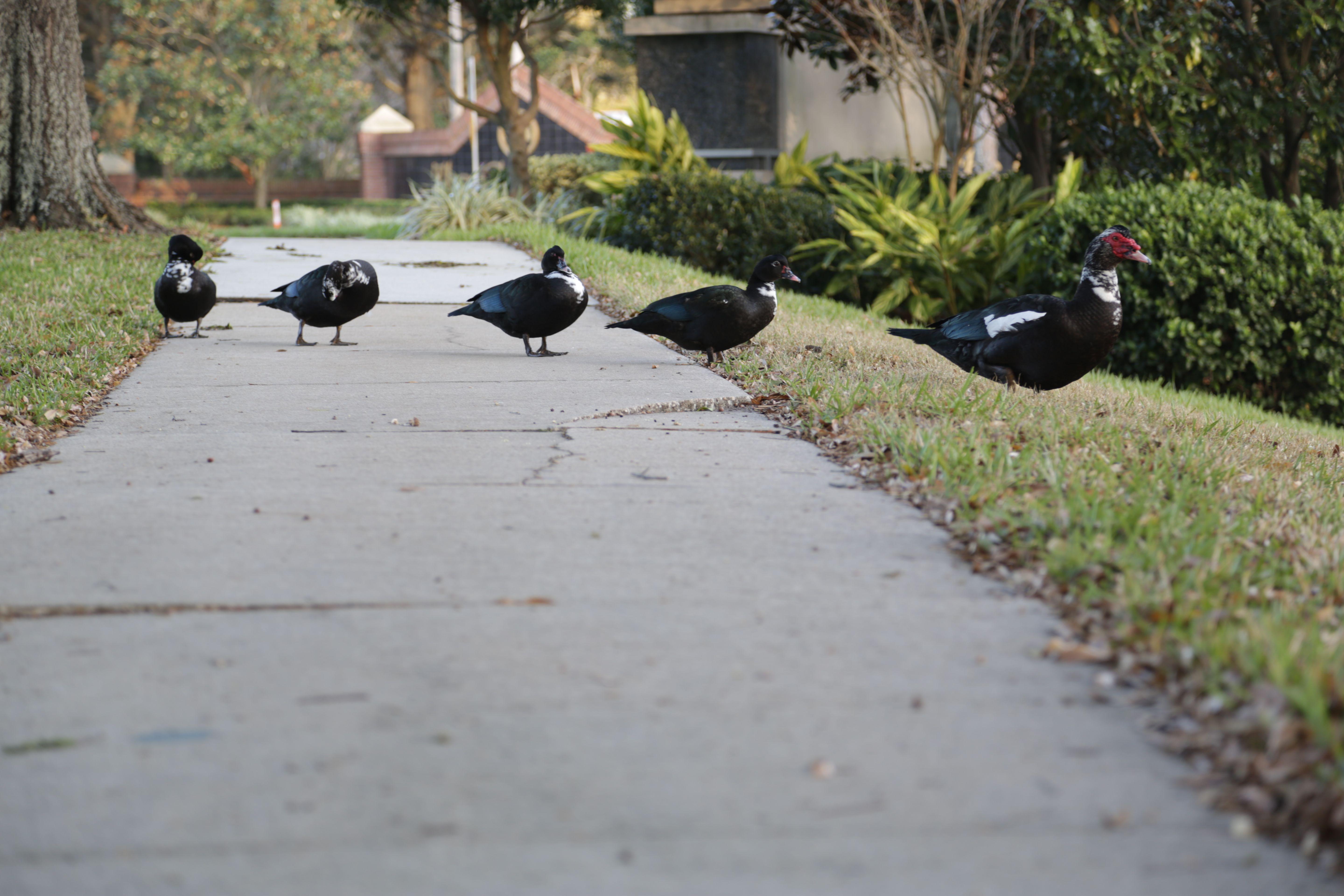 This pic was taken in the Sanford Marina. The foreground is the dock and the birds are my point of focus. The background is the other side of Lake Monroe. Does this picture work aesthethically? 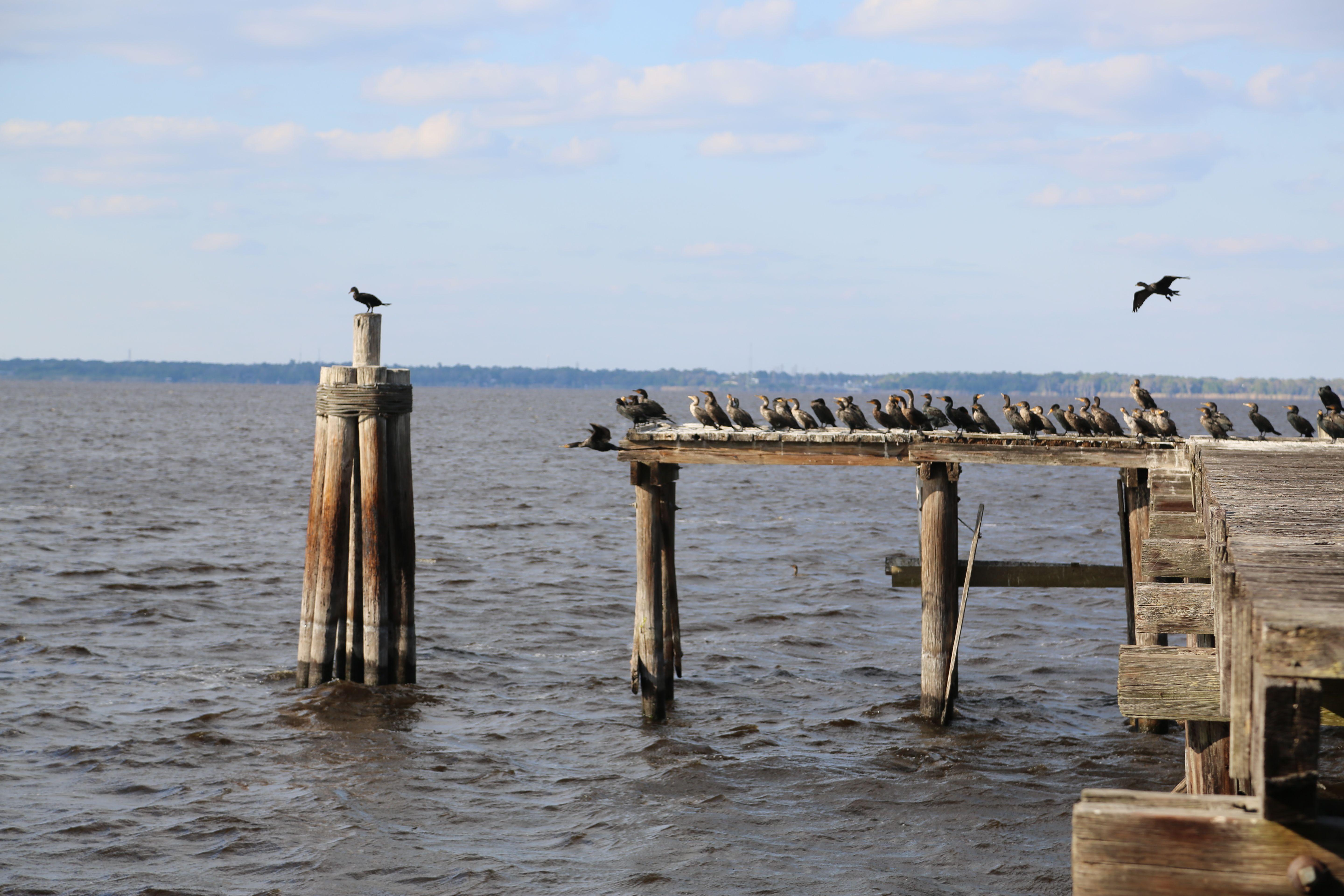 Please let me know of any pointers. I'm just starting so any help counts.