For Someone I Love(They Appreciate It, But My Emotions Ran Wild)

(I Apologize in Advance If This Is Too Real for You)

As a young black woman, the stereotype is there about smoking weed or using other substances to get through.

I have been around weed or other substances, but I HAVE NEVER TOUCHED them. Photo by Ann H from Pexels

I have been around weed because of one of my older brothers. As long as I can remember, he has smoke as a crutch. Even when we visit him, he gets self-conscious around us because of the smell.

I have never judged him for it, but my emotions were different back then.

Around the year 2014, I was graduating high school and trying to apply for scholarships. I stumbled on a writing platform that I can’t remember the name of it. Anyway, to apply for the scholarship of $2000, I had to write a poem and I created an illustration around the poem

In the beginning, I planned to never display it, but I have a goal of exposing myself emotionally to people other than my family and my closest friend. *Warning* The subject might be offensive to some, but This IS MY POEM, MY EMOTIONS, and MY FEELINGS. It’s lamely called Smoking and their might some spelling errors in the original, so I made changes to this version; due to lack of knowledge, the statements are going to be inaccurate. Starting now: What can’t people just stop smoking, inhaling, injecting, or swallowing dangerous chemicals that could kill their bodies and make them not live forever

But we are talking about smoking cigarettes maybe not smoking weed, inhaling cocaine, or heroin, injecting or swallowing addictive pills

But there is a way, people are not used to changing

Me personally, I do not smoke or drink anything that could be addictive such as drugs

When I was younger, I asked my older brother, “Brother(Leaving his name anonymous) why do you smoke?”

Do you know what he told me, “He wants to have a death caused instead sleeping peacefully”

As a little girl, I was like “Okay”, but as I have gotten older I realized

My brother(2nd, oldest, Brother Dad) who I admire, who I love, who is my kindred spirit, and don’t take for granted

WANTS TO DIE FROM SMOKING

I am pretty sure, I don’t want to smell like cigarettes

Don’t get me wrong, I love my auntie, but I can love from a distance

Most smokers say….. “You don’t know what it is like to be stressful all day”

You wait until lunchtime, just to light it and smoke
You can’t tell me that you never experienced that feeling or exhaling your problems and personal issues

That sensation, you receive when you can finally take a break from your everyday life

You breathe at the orange/brown and that you blow out of your dry mouth your yellow teeth and then out comes the smoke that symbolizes, your worries and the damage to your body

That smoke, that sensation that relaxed feeling you get when you exhale There were nice and white and now they are pale, yellow, and damaged Your lungs, the body part that is supposed to help you breathe in the fresh air and receives oxygen get turned into burnt, black meat

You can stop it, but it won’t be easy

Just throw away the cigarettes and the weed

Smoking promotes DEATH and I ham not having it…..

TODAY, TOMORROW, or EVER

So Devil(product creators/developers of cigarettes), the one who brought these cigarettes and other drugs into our world

I am going to ask nicely, KEEP those FUCKING death traps away from us!

Next time, It’s going to be me, YOU, and GOD

And you are going to lose! At the Bottom of the Lungs, it states “Listen TO Your Lungs 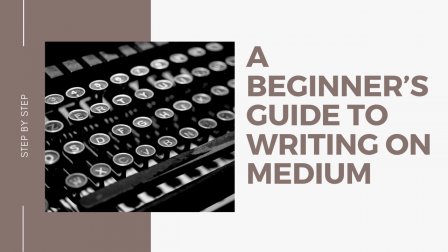