I was doing some character exploration and decided to try and paint this piece. While this is not going to be the final version of the character I'm brainstorming, it was a good experiment for trying out new brushes and playing with layer modes. That said, Procreate was crashing on me constantly, which was not fun.

I started out with a number of random thumbnail scribbles on a separate canvas and decided I liked this particular gesture. Normally I just make new layers for each new sketch, but laying out a bunch of small ideas was definitely faster than trying to develop a full sketch. After copying this sketch to a new canvas, I drew a second sketch on a new layer.

I'm the sort of person who gets impatient to paint, so I went straight into local colors after the second sketch. Looking back, it would have made things much simpler if I had refined some of the details a bit more.

I like to get an idea for the lighting early on, so I mocked up a quick shadow layer and a lighting layer.

With the basic ideas ideas out of the way, all that was left was rendering. In many ways, rendering is fun for me because it can generate new ideas. My tendency is to treat digital painting like traditional painting, so I tend to render on a single layer. New layers are usually for new ideas that I'm unsure of, and will be flattened down if I like the result. The overpainting is most obvious in the torso in the progress picture below.

With the lighting, here is the stage I left off.

There's paint in my teacup! 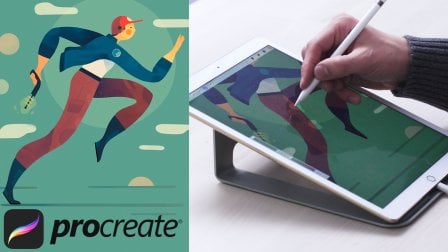