Alright, several hours later, I am possibly getting somewhere with a mixture of the first and second sketches with a couple of color schemes. Since this is my first attempt at lettering, it is fairly derivative of people like Hische and McDevitt, who I admire greatly, but I'm ok with this as a starting point and then incorporating my own style with further projects (even though this is pretty close to my style, esp the quote itself). I'll probably make the B in blubber thinner to match the other capitals, but other than that, what are suggestions and comments?!

Alright, I vectorized the swooshier one with the width tool, which I need a little more practice with, but it was fun. Now I'm going to work on fine tuning the bottom two designs and see if I can amp up the character. Suggestions for fixing up this one? 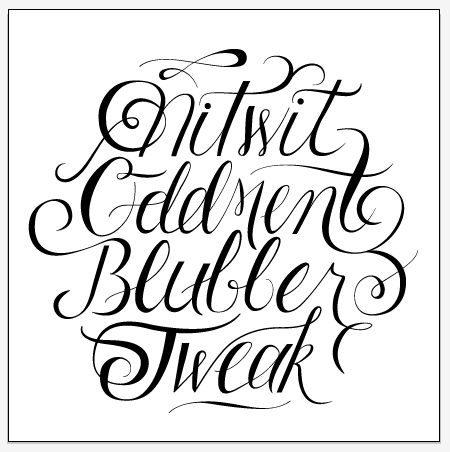 Alright, I feel like I'm making at least some mathematical progress with this new sketch. When it gets to vector stage, I'd like to incorporate some of the quirk that the crazy words convey. Suggestions? 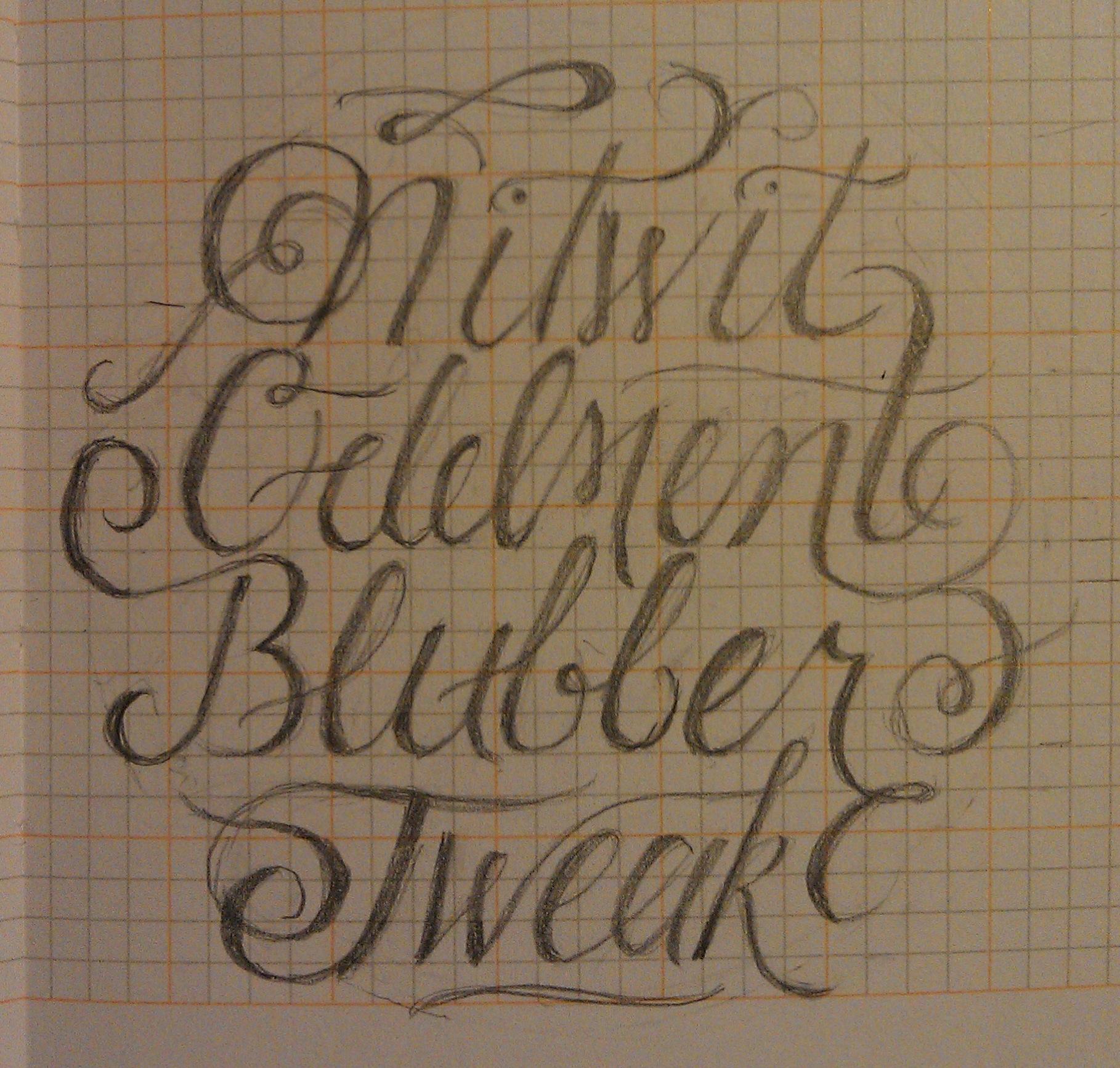 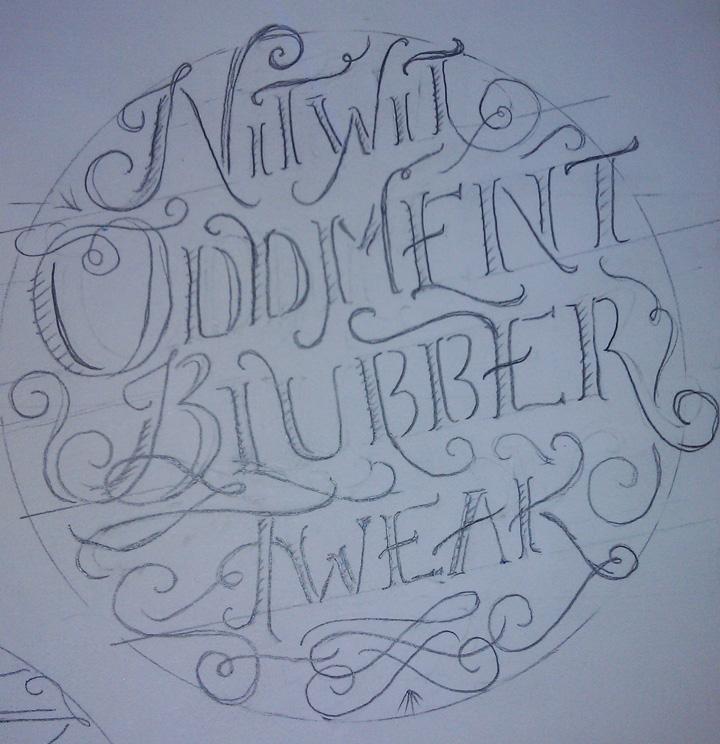 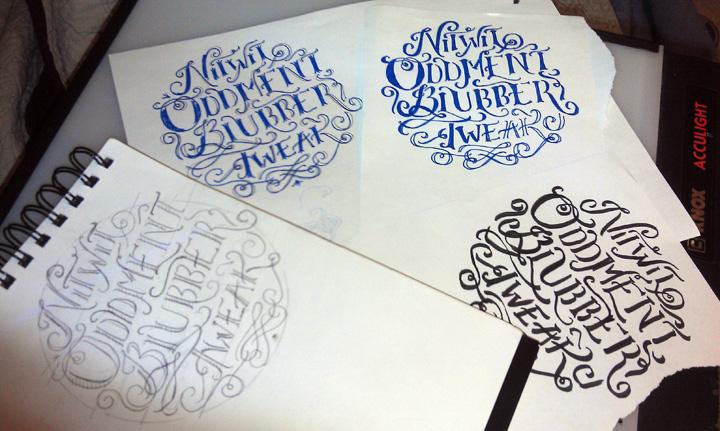 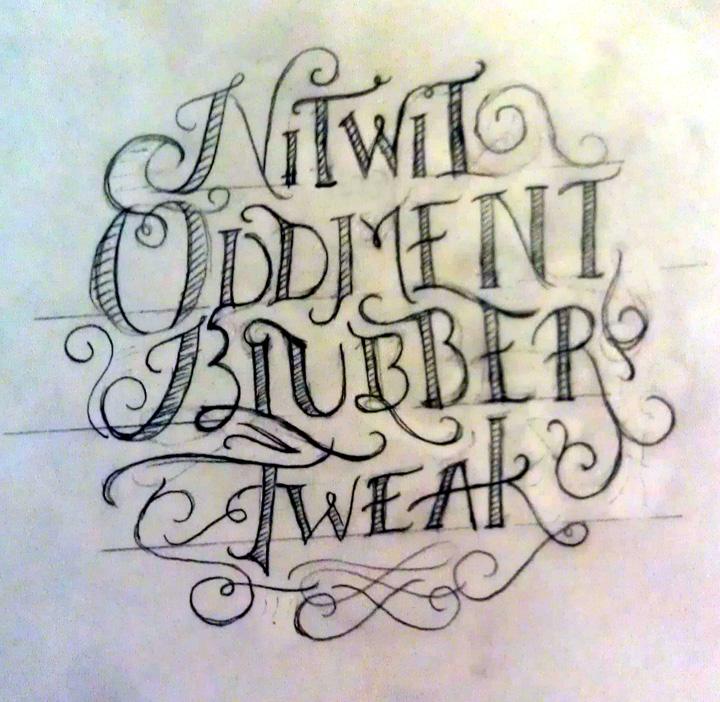 Alright, I chose an incredibly nerdy Harry Potter quote, which I've always enjoyed because of its quirk. I have a million miles to go, with making everything slant the same way and on the same x-height and subtracting flourishes and fixing kerning and making things less ugly, but this is my preliminary sketch. I'm going to go ice my hand now, and come back to it fresh in a while with a new perspective.