I finally finished the course, later that the D date, but completed anyway! So here is the render from the point of vue we worked on during the lessons:

And here are other renders from different points of vue:

I'm not quite happy with the foggy environment render, which is too flat in my opinion, but I unfortunately didn't have the time to tweak parameters around , but I got the general idea anyway .

(I like the last one actually, I think it was rendered with eevee, so I got more clouds, but lost a bit of the moon texture in the end. And there are probably too many embers, but still )

I decided to make another render instead in order to show a bit more of the other objects in the scene. I found it too sad not to see them, for instance the broom which I really enjoyed making. So here it is, animations are not as smooth as they should be, but here again, didn't have much time to spend on it

I did the first render of this with eevee, but each time I find it a bit disappointing, so I let my computer work a few hours to get it done with cycles.

To give you a feedback, I really enjoyed to discover new features of Blender, especially the curve drawing with a plane as a support, it gives me a lot of ideas for other applications. The course in general is great, the content, the resources, and textures are incredibly useful. I feel like it was not exactly what I needed next though, but still I learnt some new interesting things with it.

The only downside that I can find, as an improvement for your next courses (which are still way better than any content I found out there), is that sometimes I didn't know what you were starting, nor where you were heading to with new meshes. For instance, when you say: "So now, we'll add a new cube" (not exactly what you might have said, but just for the example ), and then you begin to make a shape out of it, but we don't know what it will be for. So, not very crucial in itself, but I think it would add a really immersive aspect during the courses to explain what you're begining is for.

I don't know if I explained it well, since english is not my native language anyway, but your courses have a really  good quality, and I hope that you'll keep it up.

Hope you're doing well anyway, have a nice day! 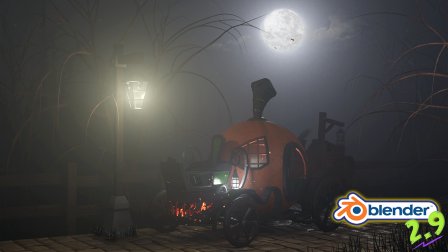