My idea is to create the sticker label for the package of a fictional electric guitar strings brand called "Hell Bent".
The product is specifically made for Hard/Heavy rock guitar players, therefore both the illustration and the typography will gaing inspiration from rock imagery and vintage memorabilia. Moreover I want the aesthetics to visually represtent the core features of this strings which are very heavy sounding and durable...in other words, you can beat out the crap out of them and they will stay in tune and sound dirty and heavy.
I created a list of words to help me with inspiration:

My goal is to create the artwork for the sticker label for the package and if I make it also the inner string package.

It took me a while because I had a very busy week but these are some preliminary sketches and ideas exploration. I still need to do some more sketching because I'm not 100% satisfied with what I've done so far. The hardest part for so far is typography, professionally it's always been a sort of weak point and I never had the chance to experiment much in commercial projects. The big challenge for me then, will be find the appropiate typography and have it executed the best possible way. 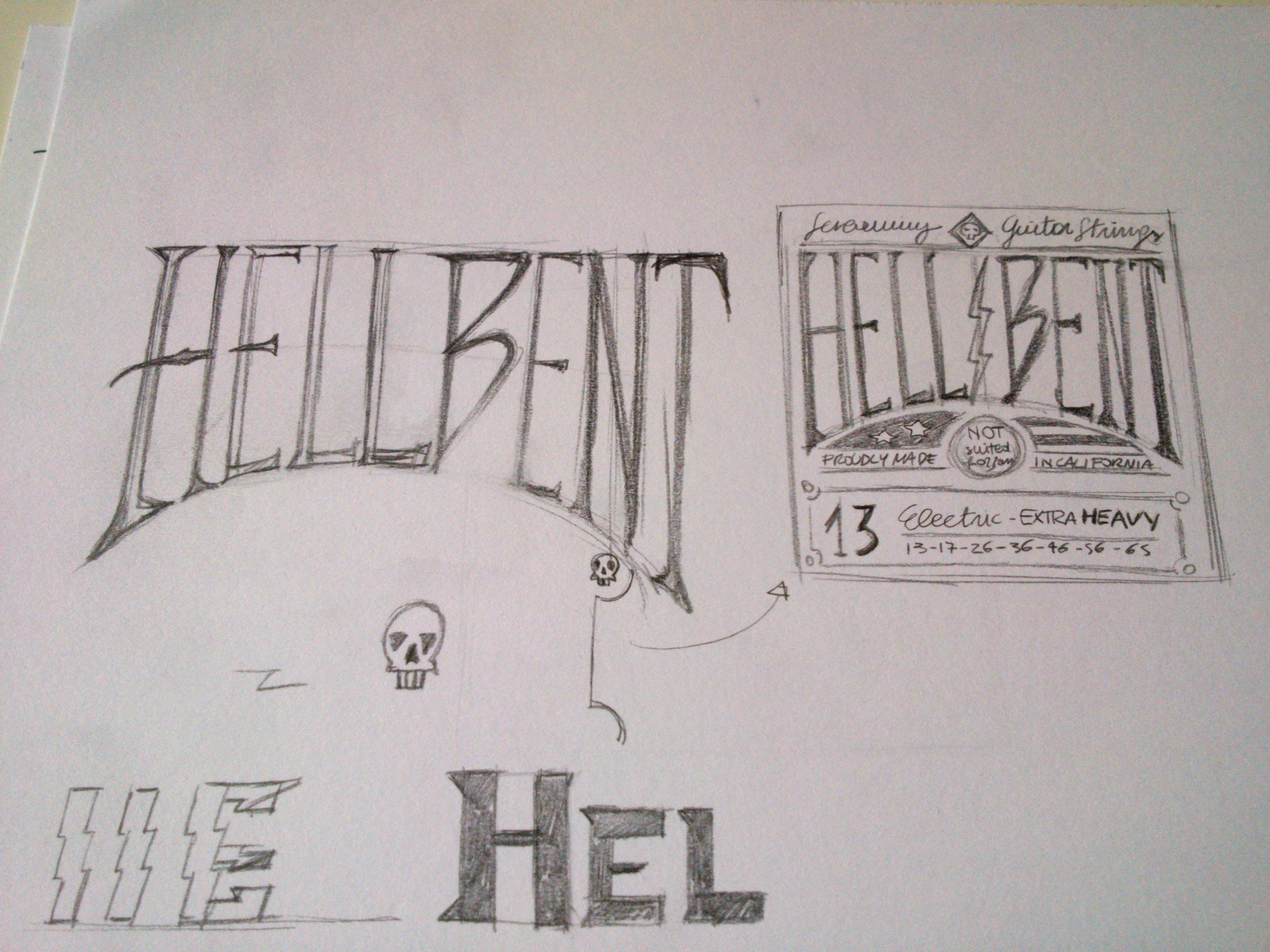 Ok, this is a snapshot of the first sketch I did, very typography oriented. It's very loose and not very detailed but I like it this way, I'm still in "exploration territory" and I don't want to get stuck with details. 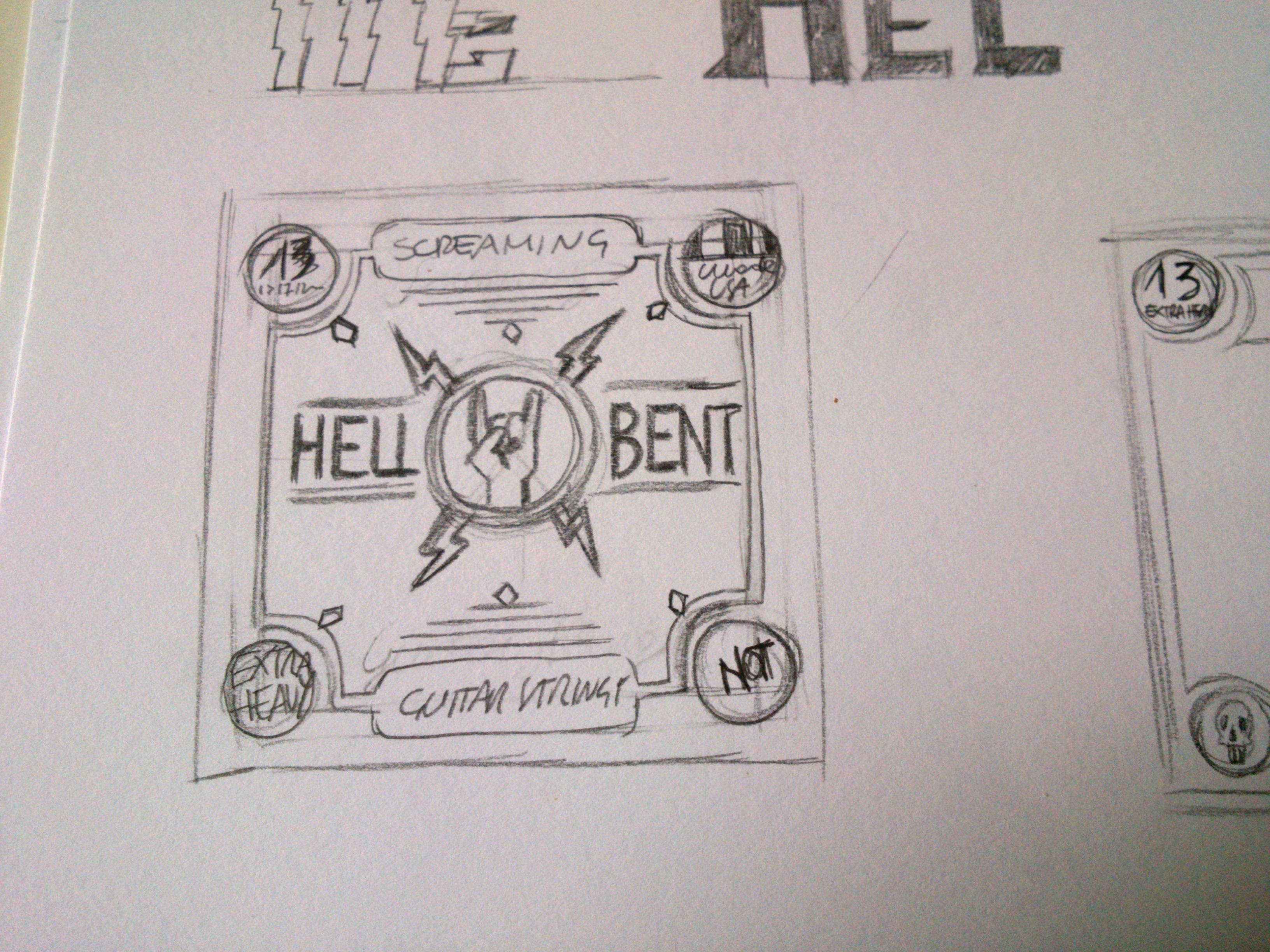 Second concept. Introduced an illustrated element and placed all the relevant information as ornamental "badges" in the 4 corners of the label. The typography is still very basic and need more study. Especially the product name"Hell Bent". 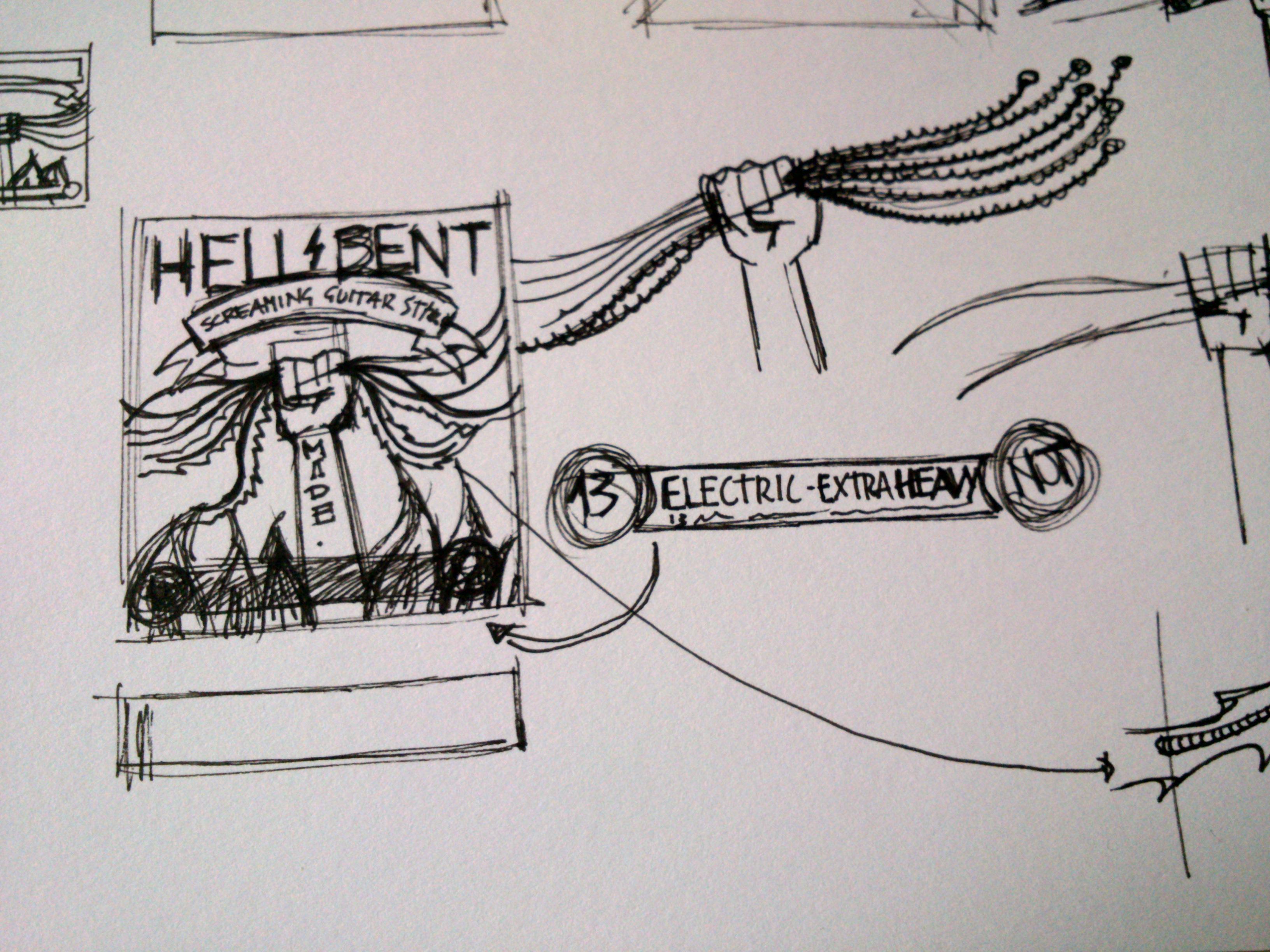 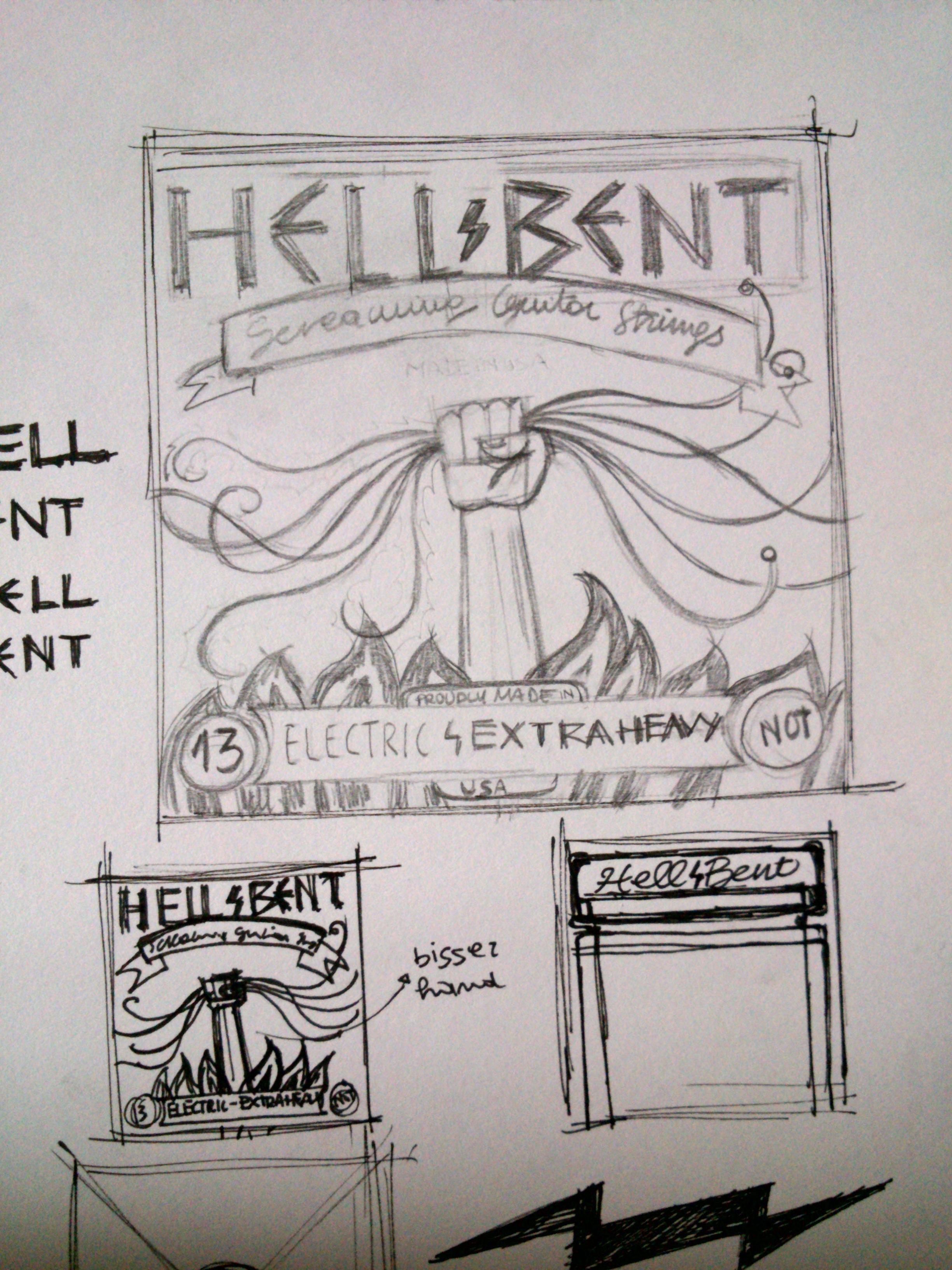 Third idea. What I usually do in the sketching part is starting off with a very small thumbnail, 'cause it allows me to work faster and with a better control over proportions and balance between the elements.
With this idea I went more illustrative and tried a more "in your face" approach. Flames, raised fists, thunderbolts are quite popular in the heavy metal imaginarium so I thought it was a good direction. Not very happy with the typography, too much "Iron maiden" but I like the idea of having a bold, decorative typography combined with an illustration. Here the informative is placed in the lower part (for those who wonder what is the  "NOT" bage, it stands for "not suited for jazz or pop music". Kinda liked the idea of throwing in a cocky sentence, it's very rock n' roll to me. In the final piece it will all be written down).

Ok that's all for now, I want to sketch a couple more ideas and then will chose the one I like most and start refining it. At the same time will do some more research on typography, having a look at 70's and 80's hard/heavy records to get a better feeling on the typographyc treatment my project need.
If any of you guys has comments, advices or critics please share them with me! it will be very helpful! 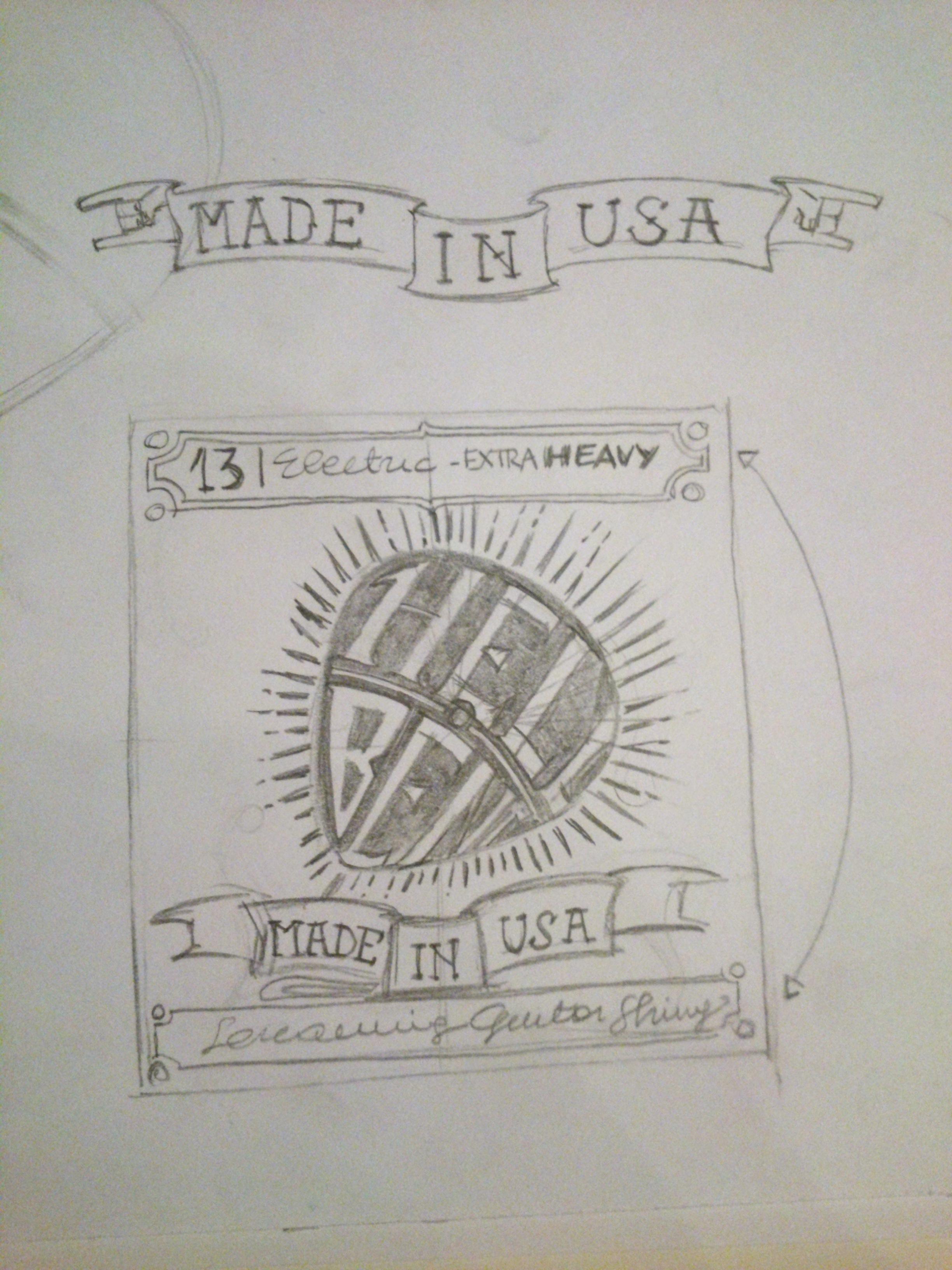 Working on the concept of a guitar pick and folded ribbon that terminates in a hand shape in the classic "horns up" metal pose. 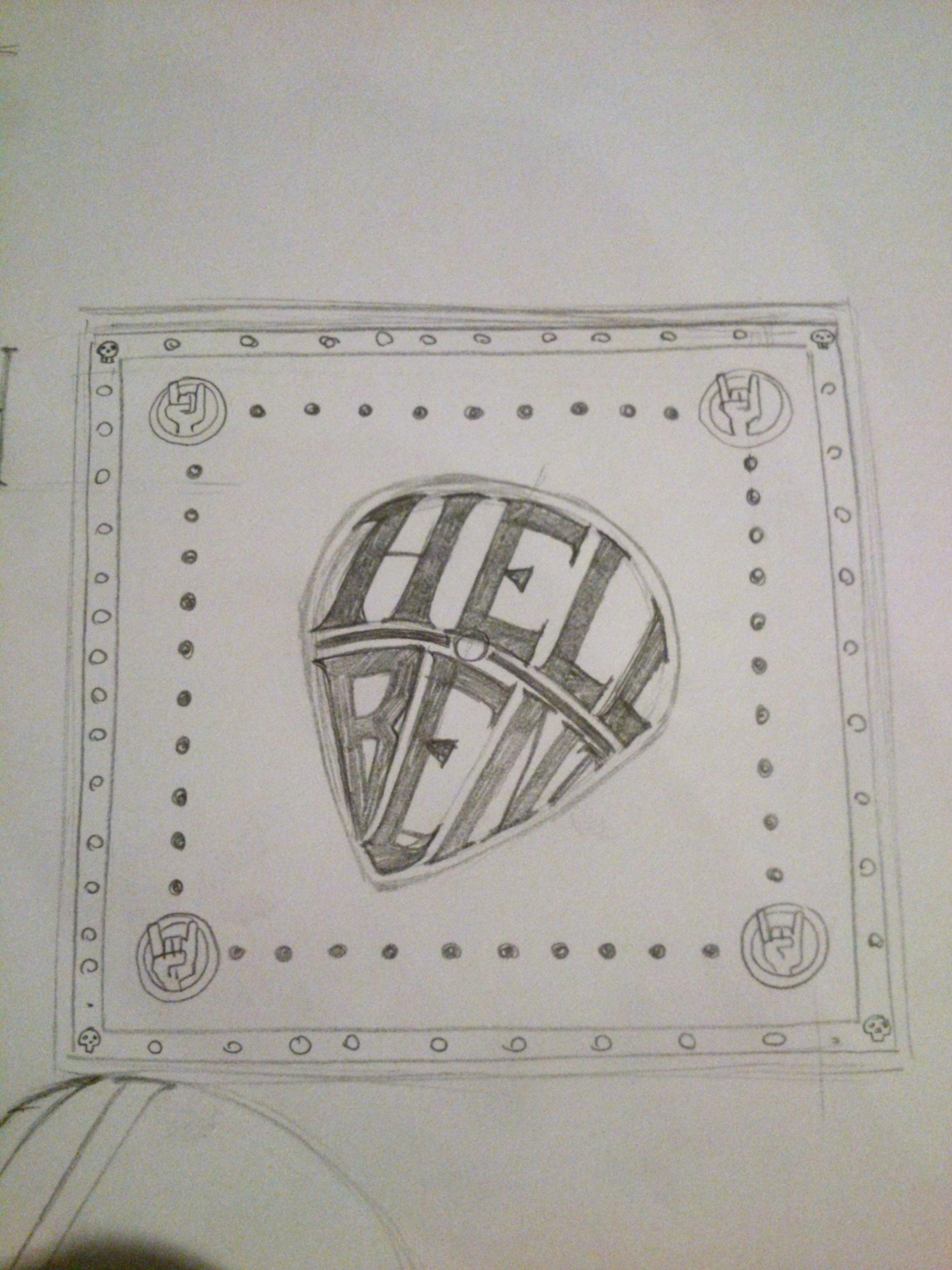 Another attempt with the pick concept, but dropped it right away. 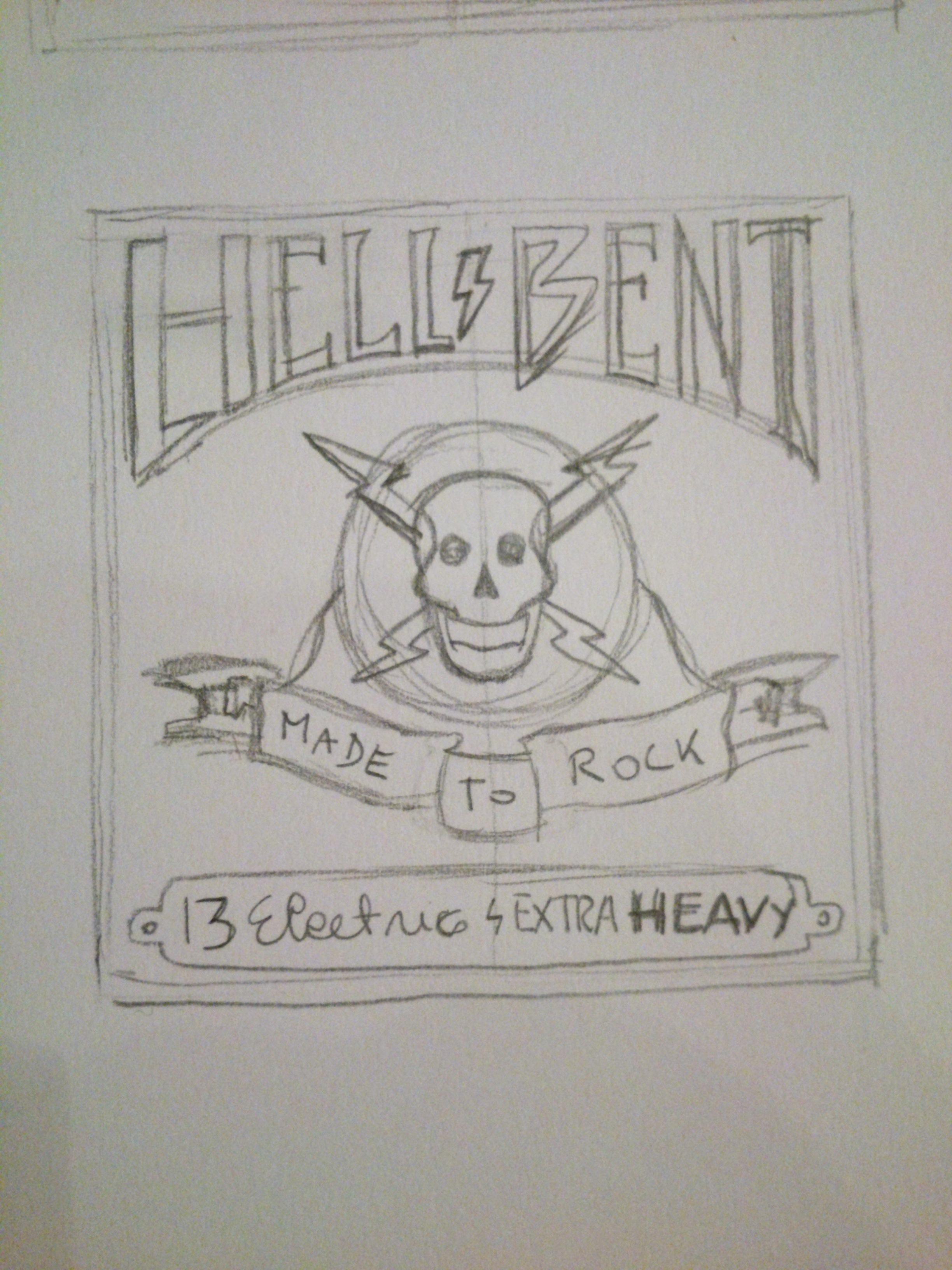 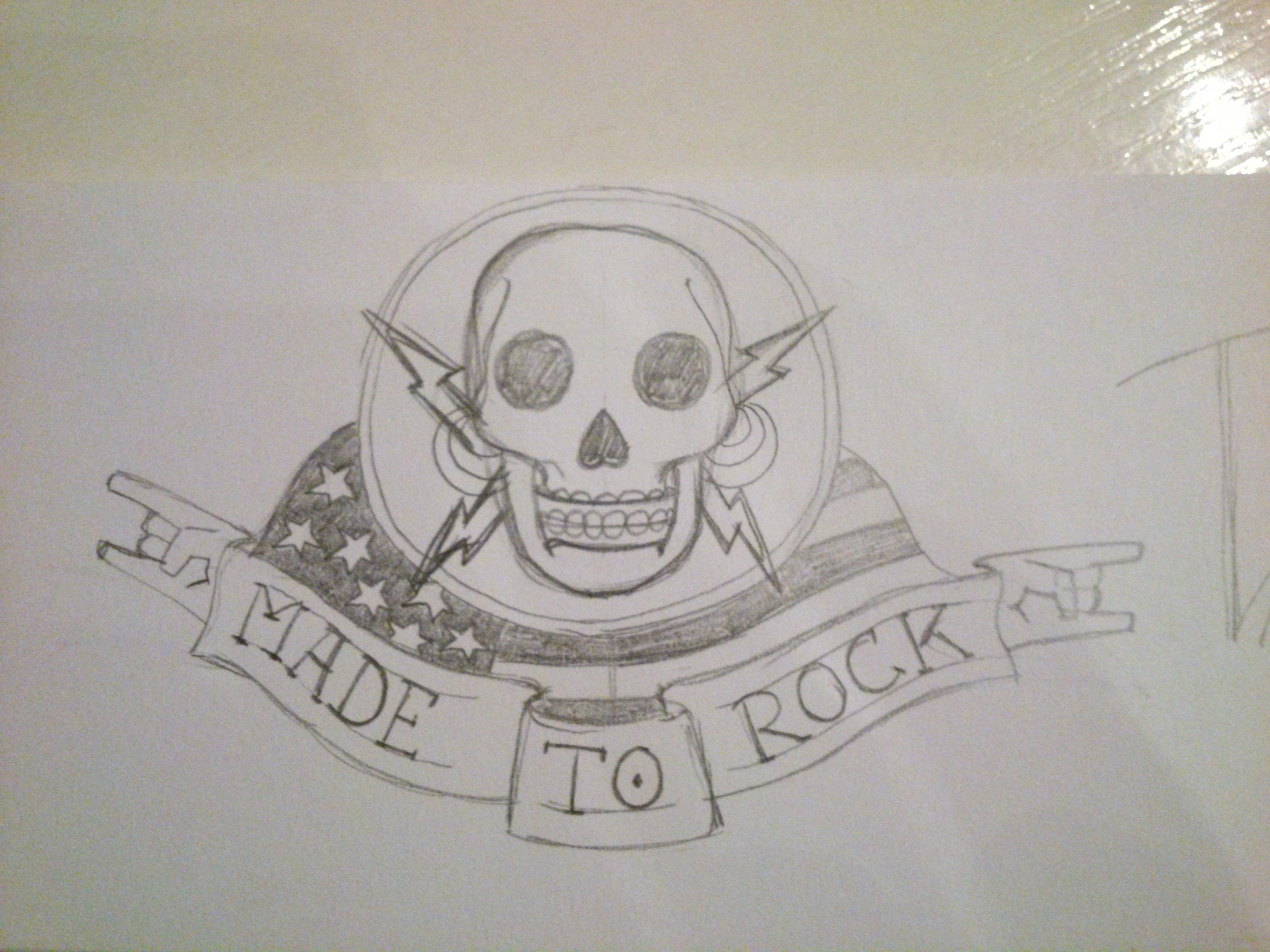 Here I mixed bits and pieces of previous sketches and introduced a skull (how creative!!) with some bolts...I don't know why, skulls are probably one of the most abused icons in visual arts but I still find them exciting.