We've been caught dead-handed., deemed rude crude and socially unacceptable. Just because everyone else wears bedazzled t-shirts doesn't mean you should, too. We're here to adorn you with a playfully perverse take on the allure of LA. Cheers to HEL-LA, now join the fury. 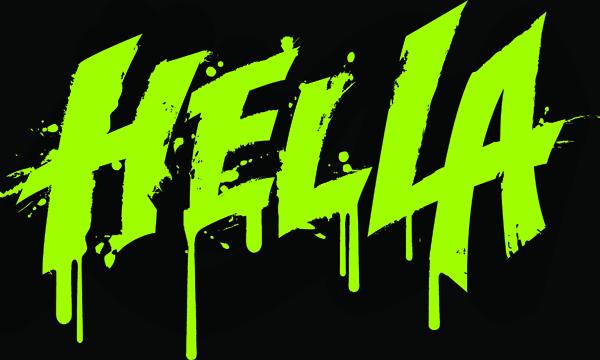 This idea for this brand is the brain child of Josh Terry and Chris Schoo during the summer of 2010. Born from the curiosities of living unintentionally in LA, and even more unintentionally, in the heart of Hollywood. We would often find the Hollywood scene to be both revolting and riveting all at once. We loved to hate it. Especially the Hollywood Blvd. night life, full of fake and fascinating people wearing all kinds of Ed Hardy and bedazzled stuff. We would joke that we live in Hell. Then somehow we overheard somebody a bar talking about the horrible traffic in LA to and saying something like "I hate driving in Hell-LA." Light bulbs went off in our head.

We immediately went home and did some research. How had nobody capitalized on this?! So we bought a domain got on twitter, set up a facebook page and hatched a plan. I had been laid off my architecture job and Josh was freelancing graphic design gigs, which gave us some time to come up with some ideas, find a local printer and make some stuff. Cause really, we just got sick of dreaming and not doing. We knew nothing about what we were trying to do. Just a vision of being sort of bratty and snotty about LA, to try and celebrate the incongruencies that make the city so revolting, yet so appealing at the same time. We wanted to show both sides of our adopted home city. Below are some designs we came up with - some we had printed. This is just from very early brainstorm sessions. 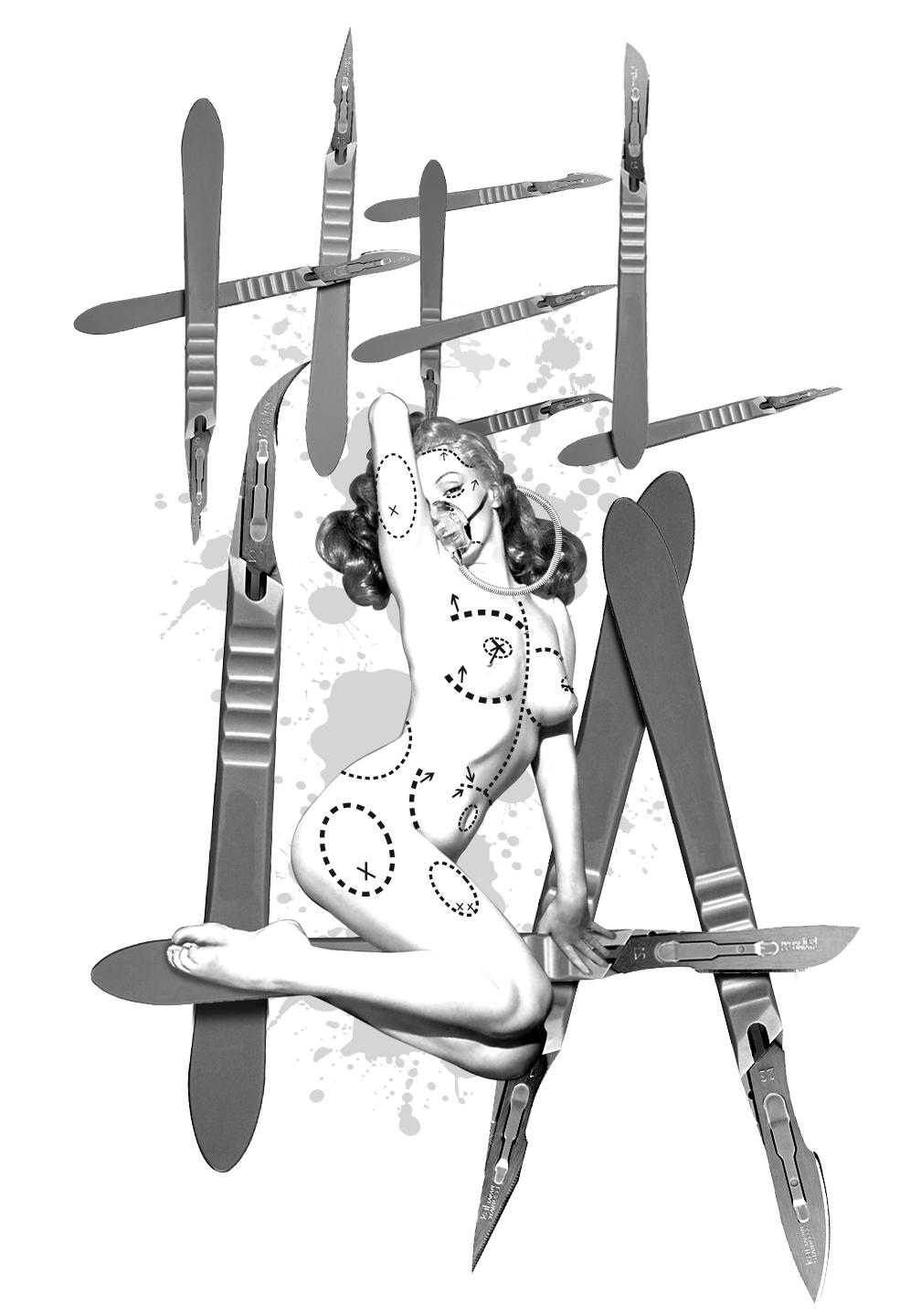 As soon as we made some prints and sold a few shirts, got involved with the DTLA Art Walk, ect... I got a new job doing Architecture and not long after Josh was sent to Iraq for a year. Our plans came to a screeching halt. The ideas, however, remained and we were constantly talking about it whenever we could. With the shirts we did print, we know we made mistakes and in the end we just were never quite satisfied with it all. We just didn't know everything we wanted to know to get the designs how we wanted them on the shirts. Don't get me wrong, we are very proud of the work we did complete - but we want to move up a few levels. 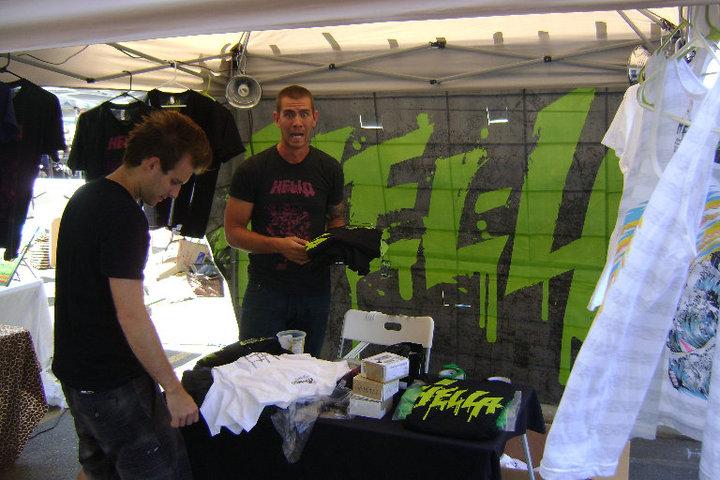 So, to bring it all full circle, I'm trying to bring new skills to the table, get some feedback from other awesome designers and like minded people. And with any hope, the exercise of this class can bring some new focus and clarity to the brand idea that we have already started to build. Josh is now traveling/living in Thailand for a year or more with his lovely wife and I'm still grinding it out in the Architecture world - but we are both unwilling to give up on these ideas! 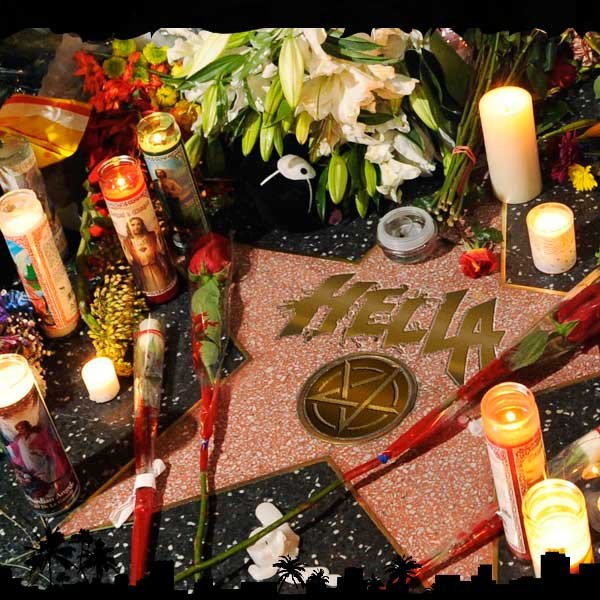 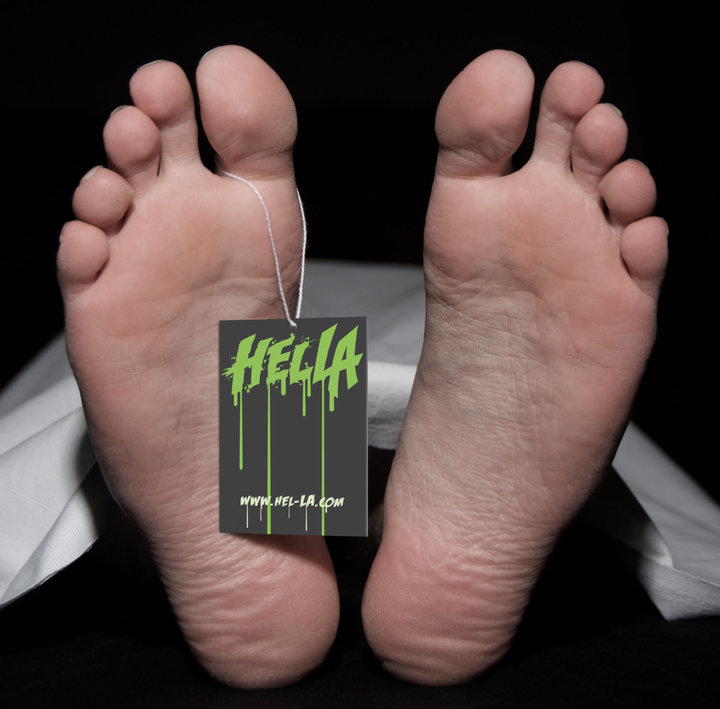 Lesson One: Define your Brand  :: Summary ::

HEL-LA, is a bit snotty. We love LA, but we also love to make fun of LA - to revel in all that is absurd in this huge sprawling city. It's the juxtaposition of things that we really like. We will always have influences of zombies, metal, and creature art - but I think by way of general brand concept we remain free to follow many different visual style depending on what the design might want or need. We are not building too many walls right off the bat. The other important aspect of the brand that ties back to LA is we want everything to be LA sourced. That means, the shirt is made in LA (Lucky for us AA is downtown!), the prints are completed in LA. Would love to keep all designers LA based as well - but that rule may bend. Most important is we will do everything we can to keep all aspects of the brand LA based. Just because we love to hate on LA, doesn't mean we hate to love LA.