ideas and work in progress for greeting card project.

initial sketch of an idea ... birthday card for my baby neice - I did sort of finish the card but as I started and finished the day before it was rather rushed... but I do like these two characters and want to use them for a small range of cards.

forgot the balloon on the image below but wanted something more fun and suitable for a little girl (first birthday) not that she will appreciate it right now but I hope to improve my skills as she grows :-)

This is the one for my neice... Sola.

I think the background is too messy/busy but I was in a rush at the time and I got lost in illustrator making patterns :-)

I've not used Illustrator for years and never that much so it took me ages as I'd forgotten most of it.

obviously the name can't be on birthday card as 'Sola' is not a very common name!!

below is without the name but the background is horrid... might go back to a simple green hillside or shadows etc?

I've yet to think about the other cards except that for the friendship one these two could be holding hands... or even skipping together?

the cards don't have to feature both characters and outfits could change to suit each 'theme' etc.

a quick faff... I was trying to remind myself of how to add patterns into illustrator as I only seem to have a few. just made the characters larger and closer and I need to find some more 'fun' fonts as this is the only one I could find that was childish in style but I still don't like it.

I seem to missing a pocket from one the jackets lol

here's a few others that I did a while ago just using my own photographs... I added them to

http://www.greetingcarduniverse.com/runnycustardscards - I sold 4 cards which makes a grand total of $1 in earnings :-) lol ... good practice though as it makes you think about layout etc and I need to learn more about typography!

I'm not that great at writing sentiments either so I think I'll be sticking to the regular stuff and maybe the occassionally weird one that not many people will understand ;-P

UPDATE: 3am... I have insomnia but sometimes that's helpful...

a few more doodles on what cards to produce for the 3 Birthday, 1 Love, 1 Relationship, 1 Friendship cards... ignore the colours as they just help them stand out from the other chicken scratches...

hopefully I can start these this week...

in the sketches there's a box that 'contained' the character and maybe a symbol and an ear escapes the box... that doesn't seem to be working out so in this image the frame of the box seems silly? but I'm slightly stumped now which is why I got carried away with the balloons... if in doubt, shove balloons everywhere!

I think I over complicated the box background with the following pattern (which I then made into a very simple card and then reused the effect back into this one (did that make sense???)

but all those hearts were too much in the box frame - think I need to keep that simple and have just a few balloons in the back with just one 'escaping' the frame.

I wanted a theme of the box frame to help keep each card similar and also to have the same area featuring the text.

here's one without the extra balloons... sorry it's so pixellated but my computer has decided it's on strike and I will throw it out of the window soon so I will stop for today!

cupcake version - I'm not really liking this effect anymore... very restrictive so might have to rethink it all and make it simpler.

for some reason I really got stuck on the cupcake... and the sides are too wonky compared to the rest of the image. *sigh* 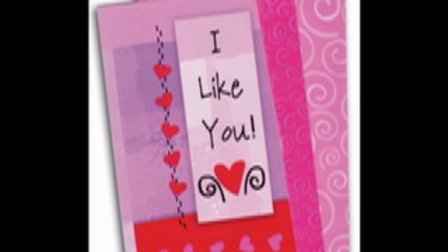 The Greeting Card Business: Design and Sell Your Own Cards
Kate Harper